Wealthy dentist confessed to killing his wife on safari in 2016, prosecutor says 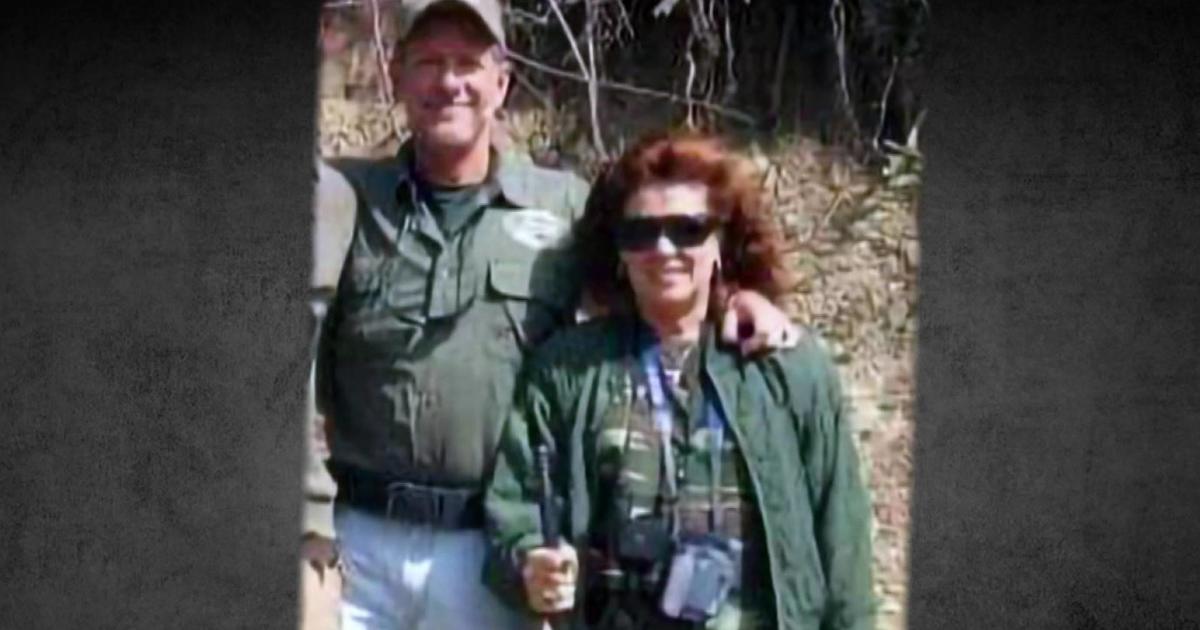 denver — A wealthy dentist killed his wife of 34 years with a shotgun blast at sunrise on a remote African safari in 2016raked in nearly $5 million in insurance proceeds and then told his longtime lover “I killed my fucking wife for you!” a US prosecutor told a jury in opening statements at the trial for murder of the dentist on Wednesday.

The alleged admission occurred during an argument between Lawrence “Larry” Rudolph and his girlfriend, Lori Milliron, at a Phoenix steakhouse after he learned in 2020 that the FBI was investigating the shooting death of his wife Bianca Rudolph in a small cabin in Zambia, the deputy federal prosecutor said. Bishop Grewell said in a Denver courtroom.

“He killed his wife for HER!” Grewell said, pointing to Milliron, who is accused of lying to a grand jury and being an accessory after the fact and is being tried along with Rudolph.

Rudolph, 67, is charged with murder and mail fraud in what prosecutors describe as a premeditated felony. He faces a maximum sentence of life in prison or the death penalty if he is convicted of murder at trial, which is taking place in a Colorado court because the insurance payments were based here.

Rudolph has maintained his innocence. He told Zambian police that his wife died while he was in the bathroom, suggesting that she shot herself while she was trying to pack a shotgun the couple had brought on the trip.

Markus argued that the Rudolphs, parents of two, were in a happy marriage in 2016 that over the years had its ups and downs because they had both had extramarital affairs, but that they both continued to go on frequent big-game hunting trips. Bianca Rudolph was aware of her husband’s relationship with Milliron for a long time, she said.

Markus had the couple’s older children appear in court to tell the jury that they were there to support their father, who along with Milliron paid close attention to the opening statements.

Milliron’s attorney, John Dill, told jurors that his client knew nothing about any alleged murders and suggested that she is the victim of leading questions by investigators and the grand jury.

“This is not an adultery trial,” Dill said.

No one witnessed the shotgun blast in the cabin, Dill said.

The shooting happened around 5 a.m. as local guides came and went serving the couple coffee and helping them prepare for the trip back to the US, Markus said.

Within seconds, the guides were inside and found Rudolph in distress and shock, Markus said. With support staff coming and going that morning, the cabin doors open and the shutters up, Rudolph wouldn’t have had time to get away with shooting his wife, Markus argued.

Showing a photo of the cabin (blood splattered on the floor, Bianca’s body covered by a white blanket with black stripes, a 12-gauge Browning shotgun in a nearby soft case), Markus argued that Bianca accidentally dropped the gun, which triggered the fatal shot to the heart, while hastily packing for the trip while Larry Rudolph was in the bathroom.

Authorities in Zambia determined two days after the Oct. 11, 2016, shooting that it was accidental, Markus said. Investigators from insurers who later paid out $4.8 million came to the same conclusion.

Prosecutors counter that evidence shows his injuries came from a gunshot from 2 to 3.5 feet away.

The government will prove that Rudolph, who amassed a small fortune with a Pennsylvania dental franchise, killed Bianca after receiving an ultimatum from Milliron, a former hygienist and office manager, that he divorce his wife, Grewell said.

Federal prosecutors, citing a US consular officer and others in Zambia, say Rudolph was he is in a hurry to cremate his wife before come back to home. A friend of Bianca’s also told the FBI that she was suspicious because Bianca was a devout Catholic that she would have opposed the practice.

But Markus showed jurors a copy of what he said was Bianca’s will stating that she wanted to be cremated in the event of her death.

Markus argued that Rudolph had no financial motive for the murder. His net worth was over $15 million at the time; insurance proceeds went into a trust for his children; and a prenuptial agreement with Bianca specified that she would receive $2 million in the event of a divorce, he said.

Rudolph plans to testify during the three-week trial, Markus said.

Markus also told the jury that the witness misunderstood Rudolph’s alleged guilty plea at the Phoenix restaurant. He claimed that what his client actually said was, “They say I killed my p*** wife for you,” Markus said.

“If that’s what this case hinges on, I can’t believe we’re going to be here for three weeks,” Markus said.

The case has drawn attention from Zambia to Pennsylvania to Arizona, where the Rudolphs, and later Rudolph and Milliron, established a comfortable residence in the Phoenix-area enclave of Paradise Valley.

Rudolph had built a small fortune as a dentist and later the owner of a sedation dentistry franchise in the Pittsburgh area. He was a familiar fixture on local television, advertising his services. He met Bianca at the University of Pittsburgh, where he studied dentistry, and they married in 1982.

The couple frequently traveled abroad and had traveled to Kafue National Park in 2016 so that Bianca could fulfill her wish of bagging a leopard.