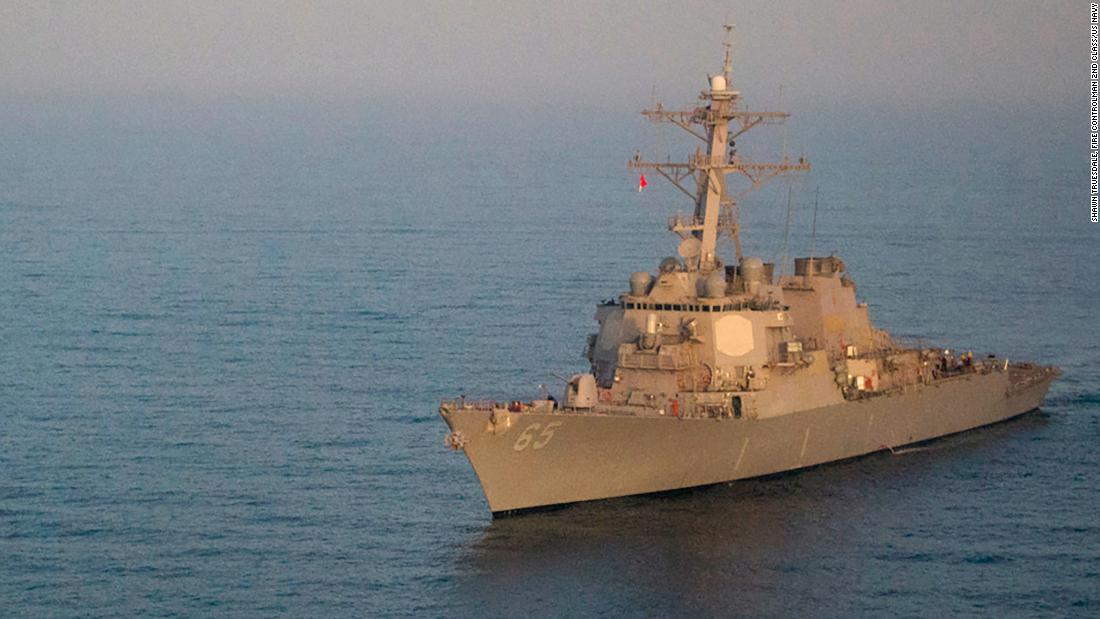 Lt. Nicholas Lingo, a spokesman for the US Navy’s 7th Fleet based in Japan, said it was the second so-called freedom of navigation operation in the Paracel Islands, known as the Xisha Islands in China, in so far this year, and the third targeted Beijing’s “excessive maritime claims” in regional waters during the same period.

Wednesday’s operation of the guided-missile destroyer USS Benfold challenged not only China, but also Vietnam and the self-governing island of Taiwan, which also claim the islands, as all three governments require military vessels to apply for permission or give advance notice. the “innocent step”. through the area, Lingo said.

The Paracels are a collection of 130 small coral and reef islands in the northwestern part of the South China Sea. They have no indigenous population to speak of, just Chinese military garrisons numbering 1,400 people, according to the CIA World Factbook.

The islands have been in Chinese hands for almost 50 years and during that time they have been populated with military installations of the People’s Liberation Army (PLA).

The PLA Southern Theater Command said it warned the US destroyer to leave its “territorial waters.”

But Lingo, the spokesman for the US 7th Fleet, said the US destroyer’s sailing “upholds the rights, freedoms and lawful uses of the sea recognized under international law.”

“Under international law… the ships of all states, including their warships, enjoy the right of innocent passage through the territorial sea. The unilateral imposition of any authorization or prior notification requirement for innocent passage is unlawful.” “, the US Navy statement said.

Enforcing freedom of navigation rights involves navigating within the 12-mile territorial limit from the coast of a nation recognized under international law.

The US Navy statement said Wednesday’s operation also challenged “straight baselines” – moves to define all waters within the island chain as a single territorial claim.

“International law does not allow mainland states, such as the PRC, to establish baselines around entire scattered island groups. With these baselines, the PRC has tried to claim more inland waters, territorial sea, zone exclusive economic and continental shelf than it is entitled to under international law,” the Seventh Fleet statement said, referring to the People’s Republic of China.

The PLA said on Wednesday that the US Navy was ratcheting up tensions in the region.

“The facts once again show that the United States is a ‘risk maker in the South China Sea’ and a ‘disturber of regional peace and stability,'” the PLA statement said.

Share
Facebook
Twitter
Pinterest
WhatsApp
Previous articleAP PHOTOS: Did you see it? The supermoon adorns the skies around the world
Next articleBob Odenkirk recalls a heart attack on set before the fateful episode
RELATED ARTICLES
World