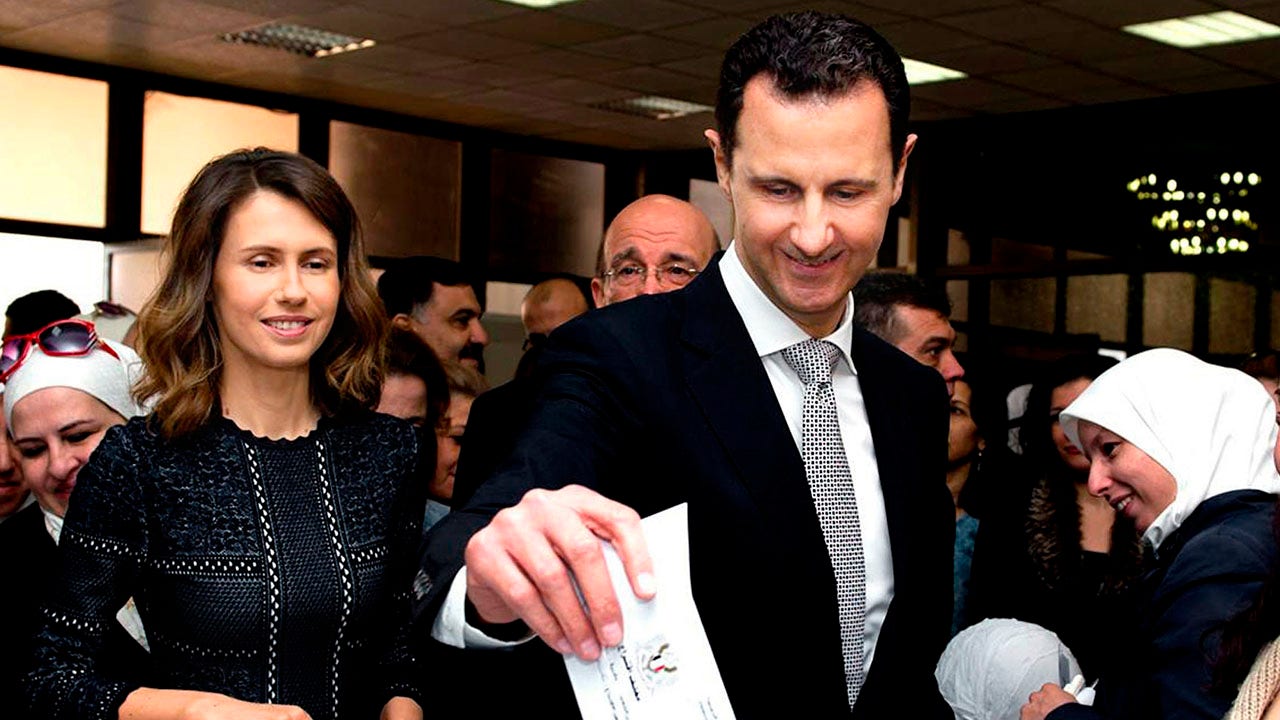 Syrian President Bashar al-Assad reportedly called on Thursday for formal recognition of the Russian-backed breakaway “republics” of Donetsk and Lugansk in eastern Ukraine as independent from Kyiv.

According to the Donetsk People’s Republic (DPR) Telegram channel, Assad met with DPR Foreign Minister Natalia Nikonorova and expressed support for Russia’s fight against the United States and its NATO allies.

This April 13, 2016 file photo posted on the official Facebook page of the Syrian presidency shows Syrian President Bashar Assad casting his vote in the parliamentary elections, as his wife Asma, left, stands next to him in Damascus, Syria.
(Syrian Presidency via AP, File)

“The President of the Syrian Arab Republic highlighted the state’s readiness to recognize the Donetsk and Luhansk People’s Republics,” the DPR ministry said.

The group claimed that Assad announced “the official start of the recognition procedure and noted that the [Syrian Arab Republic] The Ministry of Foreign Affairs would immediately receive the pertinent instructions from him.”

Although Assad endorsed Putin’s invasion of Ukraine as a “correction of history” and a “rebalancing of the world” following the collapse of the Soviet Union, Fox News was unable to independently verify the DRP’s claims on Thursday.

THERE IS ‘LITTLE EVIDENCE’ OF SYRIA FIGHTERS HEADING TO UKRAINE DESPITE RUSSIA’S RECRUITMENT ATTEMPT: CENTCOM

Assad has echoed Putin’s claims that NATO poses a threat to Moscow, reportedly claiming on Thursday that the war in Ukraine was a fight against the alliance.

“Mr. Assad greeted the delegates and pointed out the common path of the peoples of Donbas and Syria in the fight against [the] hostile United States and other Western countries,” the DRP ministry said.

The separatist group claimed that Assad “expressed confidence in the speedy and successful completion of the operation to liberate the territories of the Donetsk and Lugansk People’s Republics from the Kiyv regime.”

The Russian military and pro-Russian separatists stand guard as civilians are evacuated along humanitarian corridors in the Ukrainian city of Mariupol on March 24, 2022.
(Photo by Stringer/Anadolu Agency via Getty Images)

Syria was one of five countries, including Russia, to oppose a United Nations General Assembly resolution condemning the illegal invasion of Moscow.

The Assad regime also voted against suspending Russia’s membership in the UN Human Rights Council a month later, in April.