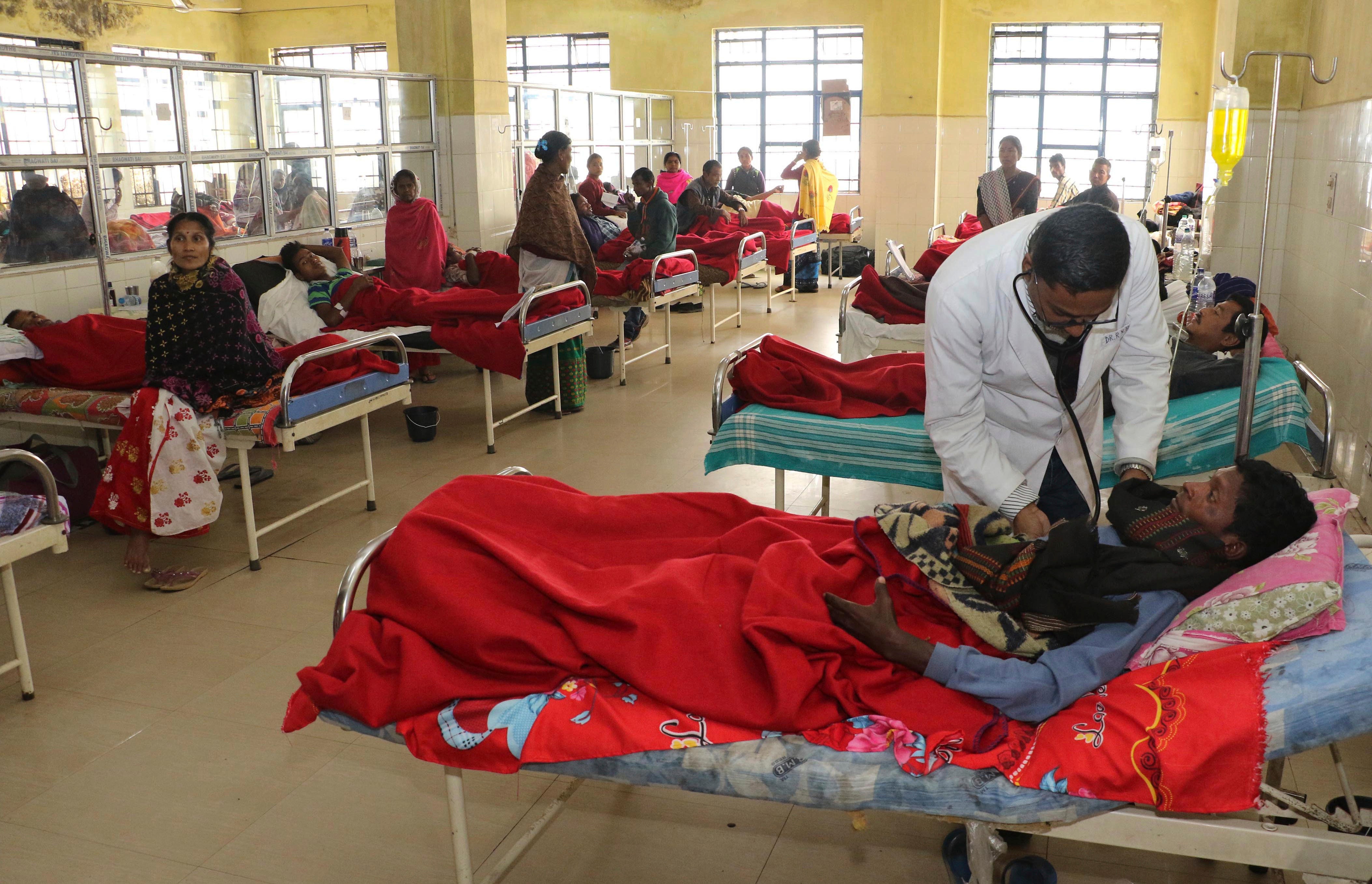 At least 31 people have died and 20 others were hospitalized in serious condition after allegedly drinking tainted liquor sold illegally in eastern India, a senior elected official said on Thursday.

The deaths occurred on Tuesday and Wednesday and the victims were from three villages in the Saran district of Bihar state, where the manufacture, sale and consumption of liquor is prohibited.

The deaths were reported at a hospital run by the district government where the sick were brought by their families for treatment, said Dr. SD Sinha, head of the hospital.

The sale and consumption of alcoholic beverages was banned in the state of Bihar in 2016 after women’s groups campaigned against poor workers who squandered their meager income on drinks.

SCHOOLS IN SRI LANKA CLOSE DUE TO POOR AIR QUALITY

FILE – A doctor treats a victim, who had consumed smuggled liquor, at a hospital in Jorhat, in India’s northeastern state of Assam, Saturday, February 23, 2019.
(FoxNews)

Police officer Santosh Kumar said several of the 20 hospitalized have lost their sight.

Several opposition parties, including the Hindu nationalist Bharatiya Janata Party, held protests outside the state legislature building on Thursday to demand that the state ban on alcoholic beverages be lifted and some monetary compensation given to bereaved families.

Sushil Modi, the BJP state leader, said more than 1,000 people have died after drinking tainted liquor since the ban was imposed six years ago. The BJP is in opposition in the state.

Nitish Kumar, the state’s top elected official belonging to the socialist Janata Dal party, rejected their demands, saying the ban on the sale of liquor was “not my personal wish but a response to the cries of the women of the state.”

Three people have been detained for questioning for allegedly selling spiked alcohol in the area, he said. Saran district is almost 60 kilometers (40 miles) north of Patna, the capital of Bihar state.

Deaths from illegally brewed alcohol are common in India, where illicit liquor is cheap and often has chemicals such as pesticides added to increase its potency. Illegal liquor has also become a hugely profitable industry across India, where bootleggers pay no duty and sell huge quantities of their product to the poor at low prices.

At least 28 people died and 60 others fell ill from drinking tainted liquor in the western Indian state of Gujarat earlier this year. Gujarat is another Indian state where the manufacture, sale and consumption of liquor is prohibited.

In 2020, at least 120 people died after drinking tainted liquor in the northern Indian state of Punjab.