HomeWorldSome Special Forces soldiers are struggling with a lack of child care:
World

Some Special Forces soldiers are struggling with a lack of child care: 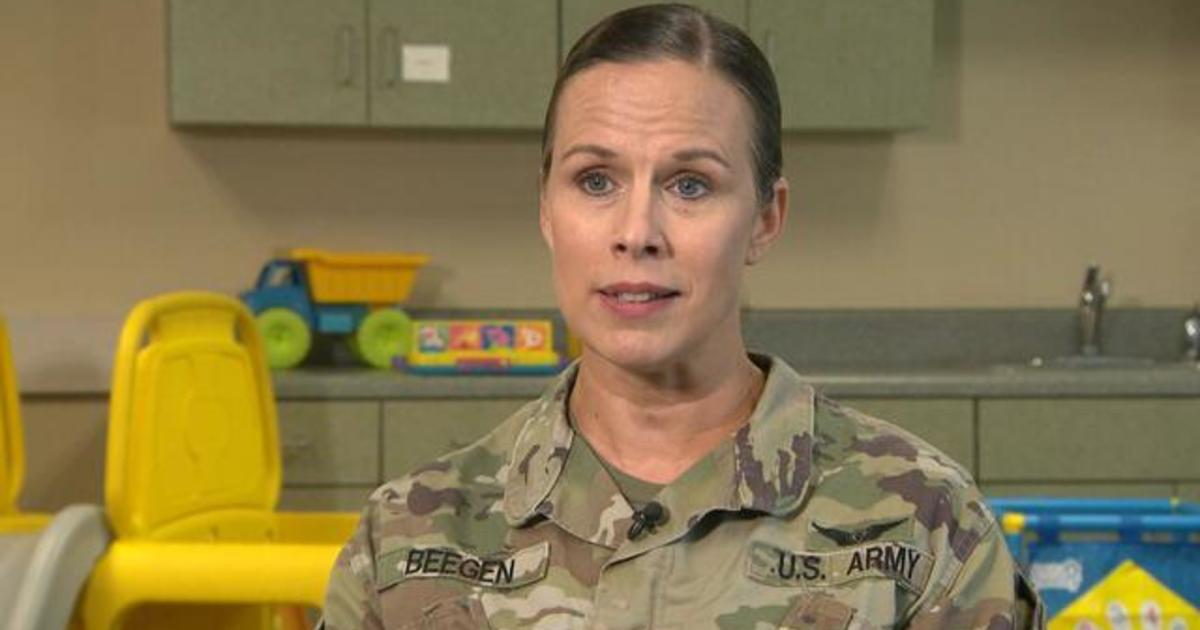 The United States Army 7th Special Forces Group takes on some of the most challenging missions overseas. But for more than a decade, these families say they have struggled with a major challenge close to home: finding safe and affordable child care.

Based on the Florida panhandle, Col. Kevin Trujillo, who leads the 7th Group, told CBS News that 60% of his soldiers live in Crestview, where real estate and rents are cheaper. Soldiers train at Camp Bull Simons, which is 20 miles south of Crestview. Unlike most Army bases that have on-site childcare, the 7th Special Forces Group’s designated child development center is another 20 miles away from their Army Force Base training camp. Eglin Air.

“The number one topic when I talk to service members and their families is childcare,” Trujillo told CBS News investigative correspondent Catherine Herridge, who led the four-month investigation. “It’s just not a viable option to drive more than an hour a day to childcare and then repeat that process on the way home.

Chelsea, who asked us not to use her last name for security reasons, drove us through Crestview and described her deep frustration at the long hours of travel to child care.

“Wasted time. Minutes in the day you could spend living your life,” Chelsea said.

Both in Special Forces at the time, Chelsea and her husband were juggling up to three hours of commuting for childcare.

With heavy traffic on Route 85 and bottlenecks at the base gates, Chelsea was always late, which she said made her feel like she was letting a lot of people down.

“You feel like, am I failing my guys at that point as a squad leader? Am I giving them a hard time while trying to take care of my family as well? Because they’re both your family. They’re just different families.” she said.

Molly Toobin faced other child care challenges with her daughter, Olivia, as a civilian married to a Special Forces commander.

“When we moved here in May of last year, she was on 17 waiting lists when we moved into our home here,” Toobin said. “Seventeen waiting lists. I got an email that said, ‘We have an alternative care option for you.’ And I checked it out, and it’s an hour and 10 minutes from my house.”

Now an advocate for the family, Toobin shares the community’s concerns with base commanders. Toobin told CBS that there are “countless” special forces soldiers like Chelsea.

According to Department of Defense data, more than 11,000 children are waiting for military-provided child care.

Dr. Tracy Beegan is a Captain in the United States Army and a Unit Psychologist. Beegan said that not having quality child care can have lasting effects.

“We see that children who don’t have access to quality child care and educational opportunities have a lifetime of difficulties including depression, anxiety, learning disabilities, attachment issues,” she said.

Beegan emphasized that the lack of child care and loss of income, for stay-at-home parents, are stressors that affect preparedness and morale.

“I’ve seen that probably 20 to 30 percent of my patients have had spouses who have come home specifically because of child care issues and difficulties with finances related to not being able to work and having that second income… It really is a biggest problem in the entire Department of Defense. And I think it’s greatly magnified here at Camp Bull Simons,” Beegan said.

The Air Force provides childcare to the 7th Special Forces Group because Camp Bull Simons is within the Eglin boundaries. According to the Air Force, it has not built a facility on the Army base for security reasons because it is within a test range.

But internal military records reviewed by CBS News suggest the Air Force has already made changes to “remove all risk” from the area.

“How can it be a security issue when you have a store in a gas station, you have a subway here and a church?” Herridge asked.

“Those are the tough questions family members ask me,” Trujillo said, adding that they have a temporary trailer site next to the base Chapel if approvals are secured.

“Yes, then their mind is not focused on the mission. And they are not operating at an optimal level. If they are preoccupied with concerns, whether it is family or financial,” he said.

In 2015, Chelsea reached her breaking point and left the Special Forces to care for her two children.

“Was it difficult to walk away from your military career?” Herridge asked.

“Very much. I miss it very much. The motto of the group is ‘The family business’. They have ‘The Family’ in everything. And yet the family is falling behind. There is a disconnect between what we are publishing and portraying and what what’s happening when it comes to child care,” Chelsea said.

In a statement to CBS News, the Secretaries of the Army and Air Force said they have been working together over the summer to identify short-term options and a long-term solution. They have agreed on a final location for a new child development center. The families told CBS News that it should be on their base, like the other services. Details on the location and how many years it will take are expected later this month.

“Over the summer, the Secretaries of the Army and Air Force and their staffs have worked closely on short- and long-term solutions to address the child care needs of Soldiers and Airmen in the area north of Eglin.

Secretary Wormuth and Secretary Kendall have agreed to a final location for the construction of a new military Child Development Center to support families in the Crestview area to be announced later this month and built over the next several years. In the run-up to the construction of this CDC, both services will continue to review the needs of families to ensure there is sufficient child care capacity.”