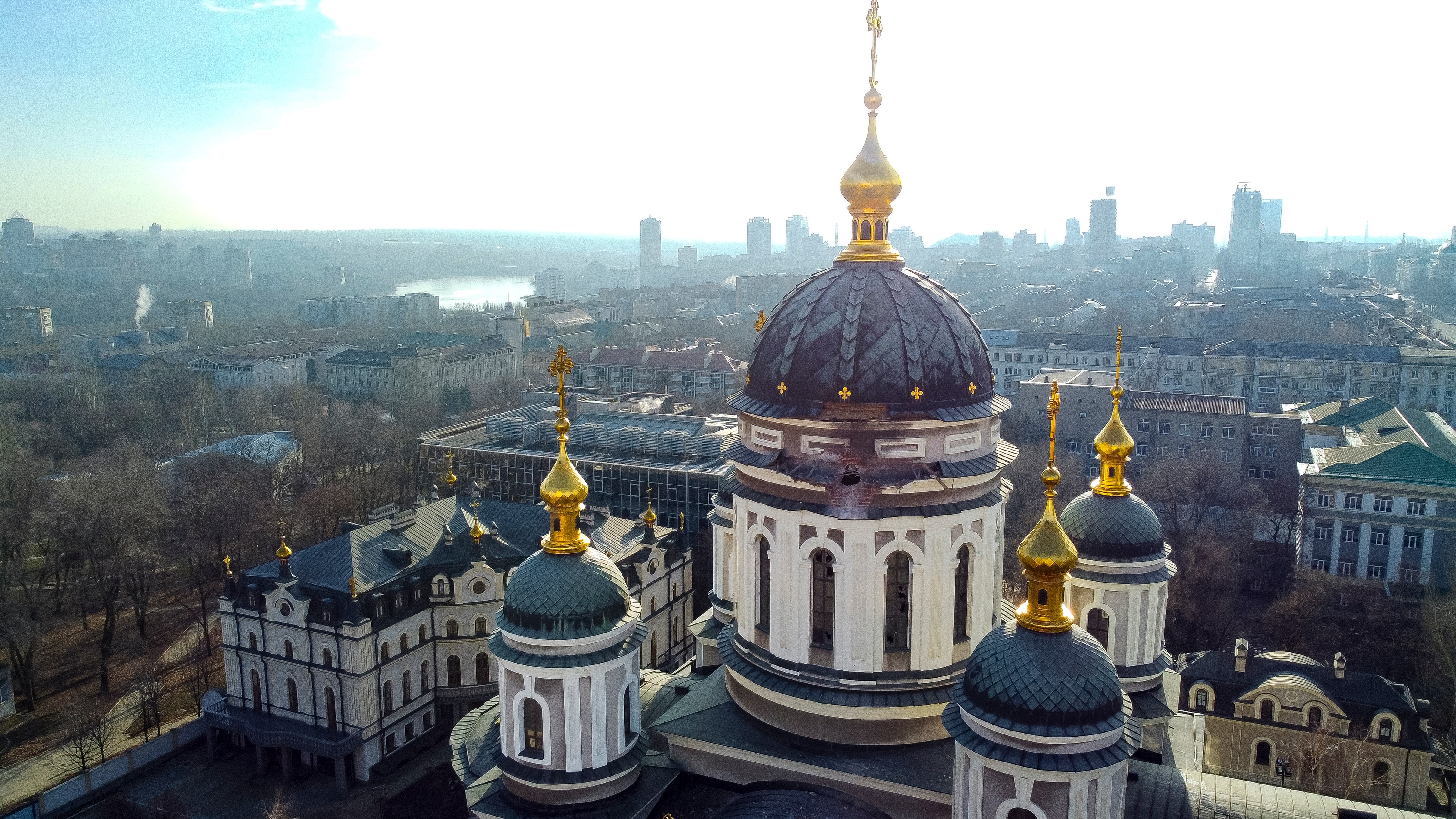 Explosions were reported in at least three Ukrainian cities on Friday as authorities said Russia launched a “major missile attack” on energy facilities and infrastructure.

Local authorities on the Telegram social media app said air-raid alarms were sounded across the country as explosions were reported in the capital Kyiv, south of Kryvyi Rih and northeast of Kharkiv.

Kyiv Mayor Vitali Klitschko reported explosions in at least four districts, according to the Associated Press.

“The attack on the capital continues,” Klitschko wrote on social media. He urged residents to seek shelter, reminding them that metro services in the capital were suspended as people flocked to the underground tunnels for protection.

NO CEASE-FIRE IN UKRAINE BY CHRISTMAS UNLESS RUSSIA WITHDRAWS: Kyiv

A shell blast hole is seen in the damaged dome of an Orthodox church after what Russian officials in Donetsk said was a shelling raid by Ukrainian forces, in Donetsk, the capital of the Russian-controlled Donetsk region, in eastern Ukraine on Thursday, December 15. , 2022.
(AP)

Kyrylo Tymoshenko, a senior official in President Volodymyr Zelenskyy’s office, reported a strike at a residential building in Kryvyi Rih.

“There may be people under the rubble,” he wrote on Telegram, adding that emergency services had arrived at the building.

People rest at the metro station, used as a bomb shelter during a rocket attack in Kyiv, Ukraine, Friday, December 16, 2022.
(AP Photo/Efrem Lukatsky)

The national rail operator Ukrzaliznytsia reported power outages at an undisclosed number of stations in the eastern and central Kharkiv, Kirovohrad, Donetsk and Dnipropetrovsk regions due to damage to power infrastructure.

The trains remained in operation by switching from electric power to power from steam engines.

The Russian attacks on energy infrastructure have been part of a new strategy to try to force the Ukrainians into submission after key losses in recent months.

By contrast, some Ukrainian analysts and leaders believe that Russia’s losses have only strengthened Ukrainian forces as the conflict enters its 10th month.

Russian strikes have been launched against Ukraine on and off since mid-October, with the previous round taking place on December 5.

Ukrainian authorities have reported some successes in intercepting and shooting down incoming missiles, rockets, and armed drones.