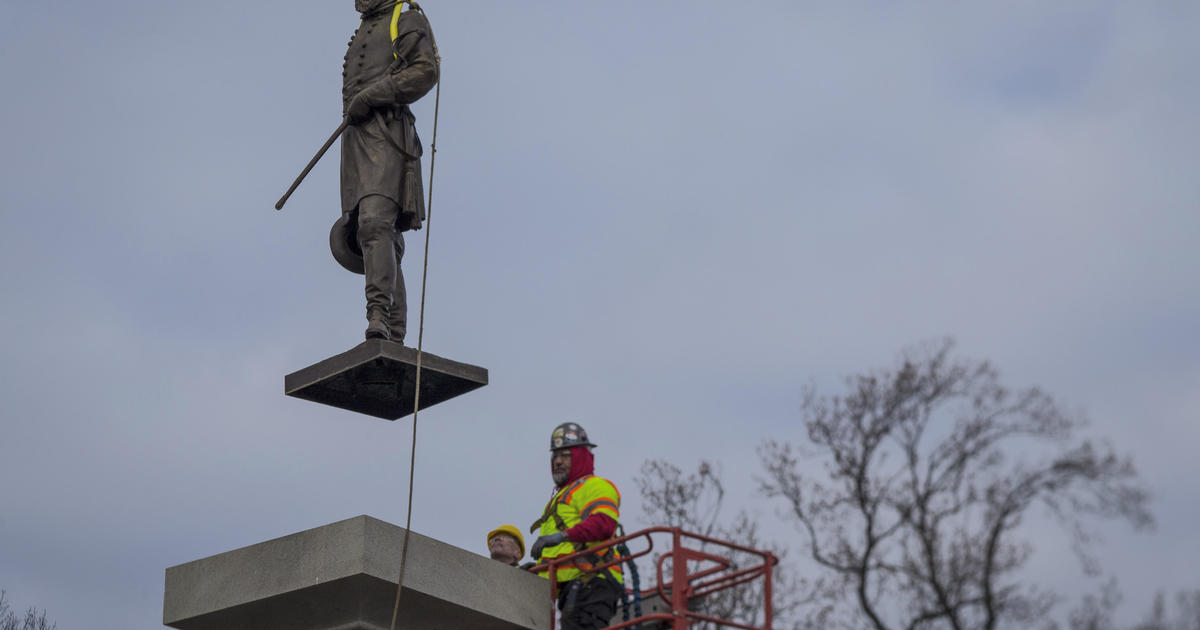 Richmond, Virginia was once the capital of the Confederacy. On Monday, the city withdrew its last confederate monument.

Workers lifted a bronze statue of Confederate General AP Hill from its base and placed it on a truck. Richmond Mayor Levar M. Stoney tweeted photos and video of the removal, more than two years after the city began tearing down Confederate monuments.

“More than two years ago, Richmond was home to more Confederate statues than any other city in the United States. Collectively, we have closed that chapter,” Stoney said. “Now we continue the work of being a more inclusive and welcoming place where EVERYONE belongs.”

The removal came after a legal battle over whether the city could move the statue or Hill’s remains, which were buried beneath the monument. Ultimately, a Virginia circuit court ruled in October that the city could continue.

Hill, one of General Robert E. Lee’s lieutenant generals, was killed during the Third Battle of Petersburg in 1865.