HomeWorldProtests against the UN in Congo leave 15 dead, including 3 blue...
World

Protests against the UN in Congo leave 15 dead, including 3 blue helmets 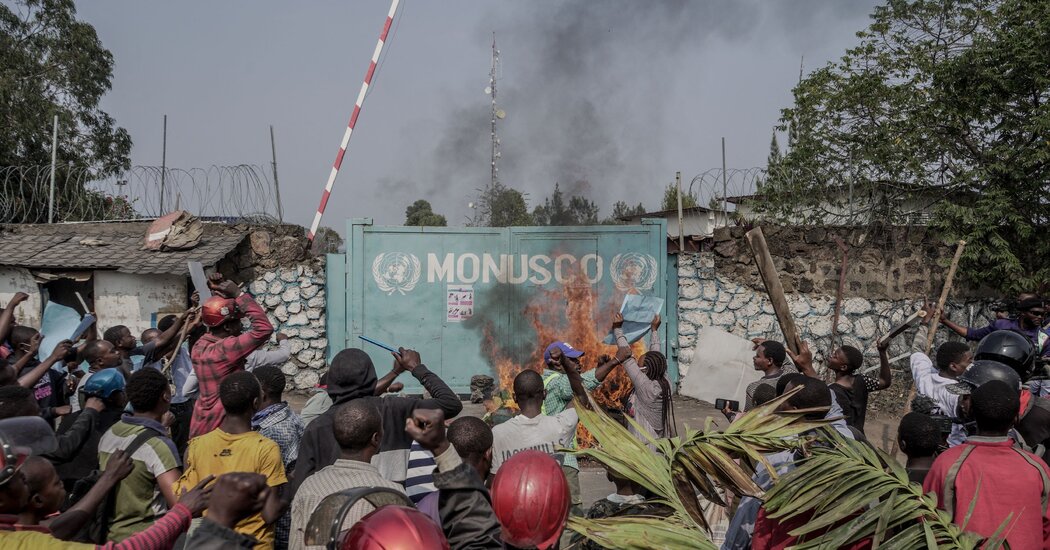 The demonstrations began on Monday in front of the United Nations base in Goma, the capital of North Kivu, and then spread to other towns in the province, including Butembo, with protesters demanding the departure of peacekeepers, claiming they had failed to protect civilians. That sentiment has accelerated in recent weeks, with some government officials and youth groups accusing UN forces of failing to stem a wave of rebel attacks that have left hundreds dead or wounded and communities displaced and in dire need. of humanitarian aid.

During a trip to eastern Congo this month, the president of the Congolese Senate, Modeste Bahati Lukwebo, demanded the departure of UN forces. “You must pack,” he said, adding: “We ourselves will guarantee peace, security and territorial integrity.”

The dissatisfaction was underscored by Lucha, a Congolese civil society group, which said in a declaration that the United Nations had failed to protect the public despite significant diplomatic, logistical and financial support.

Lush and rich in minerals, Congo’s eastern regions have faced devastation for decades from more than 120 militant groups operating in North Kivu, South Kivu and Ituri provinces, according to the Kivu Security Tracker, which documents violence and abuses in the region.

In November, Congo and Uganda launched a joint operation against the Allied Democratic Forces, one of the deadliest rebel groups in the region that has even carried out attacks in the Ugandan capital, Kampala. In February, authorities accused another militia, the Congo Development Cooperative, of massacring some 60 people, including children, as they slept in a makeshift camp.

Violence also erupted in mid-June when another rebel group, known as M23, carried out a series of attacks in which dozens of people were killed and at least 25,000 others displaced. Congo has accused Rwanda of backing the group, prompting Congolese President Félix Tshisekedi to suspend bilateral agreements with the neighboring country.