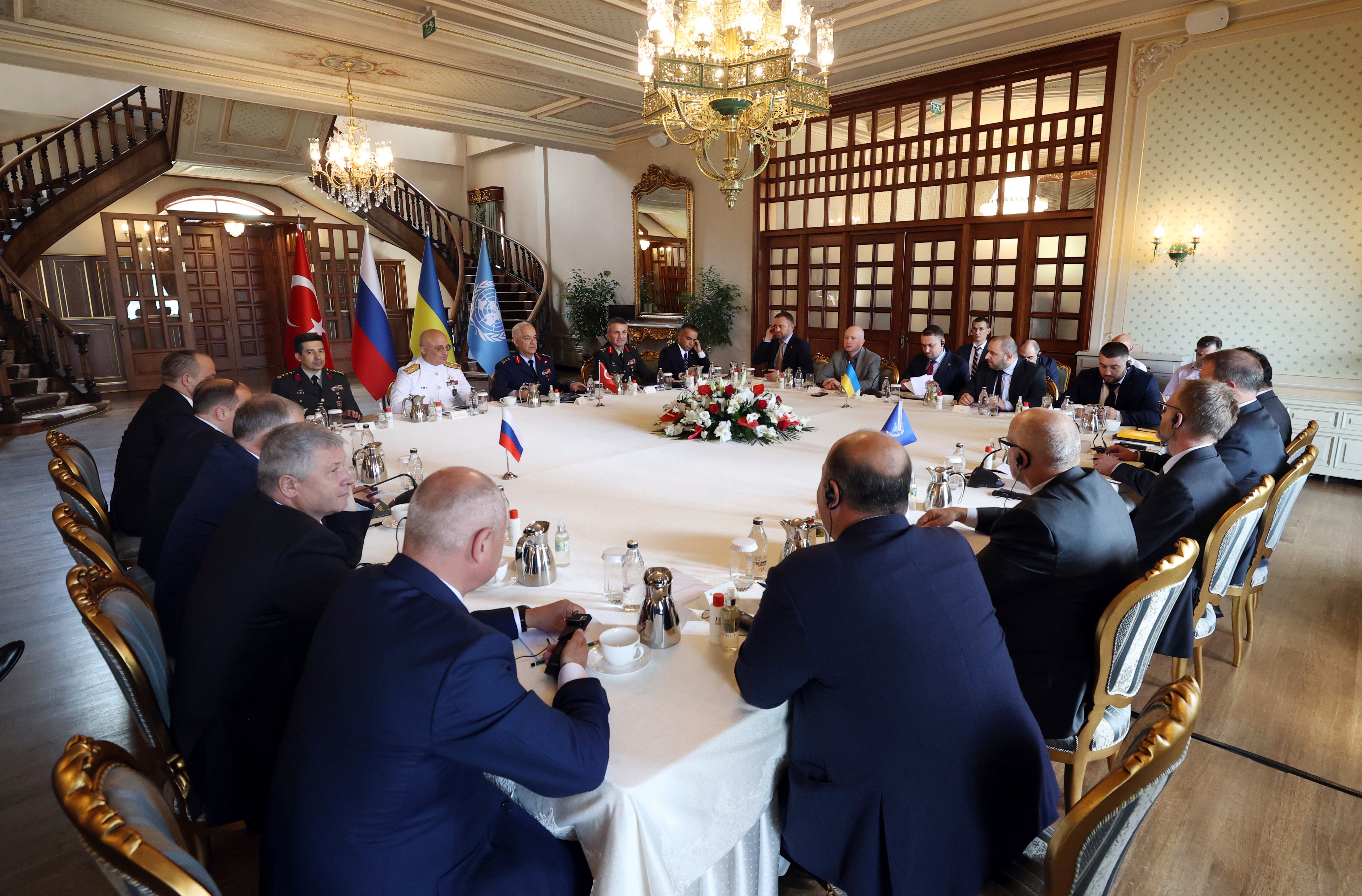 Negotiations on the global food crisis advanced on Wednesday when a preliminary agreement was reached between Russia, Ukraine, Turkey and the United Nations on the opening of three commercial ports on the Black Sea.

“In a world darkened by global crisis, today we finally have a ray of hope,” UN Secretary-General António Guterres told reporters in New York. “Today is an important and substantive step, a step on the road to a comprehensive agreement.”

The announcement comes after weeks of negotiations, facilitated by Turkey and in coordination with the UN in an urgent effort to reopen shipping lanes in the Black Sea as the threat of a global food crisis mounts.

Ukraine, one of the world’s top grain and cooking oil exporters, has warned for months that it has millions of tons of grain stashed in storage facilities that have been unable to be exported due to Russia’s naval blockade.

But Turkish Defense Minister Hulusi Akar said on Wednesday that a breakthrough had been made on the deals and a coordination center would be set up in Turkey that would monitor the comings and goings of merchant ships.

Officials from Russia, Ukraine, Turkey and the UN will participate in the coordination efforts, the minister said.

Under the preliminary plan, Russia would agree to a ceasefire to allow the opening of three Ukrainian ports on the Black Sea to allow safe passage, the Wall Street Journal first reported.

The merchant ships would be escorted by Ukrainian warships that would sweep the waters for explosive mines, a precaution made necessary after Russian forces dropped some 400 mines in the Black Sea earlier this year, though Moscow has also accused to Kyiv to launch their own mines

A family sits on a rock in front of the anchors of a cargo ship in the Sea of ​​Marmara waiting to cross the Bosphorus Strait in Istanbul, Turkey, Wednesday, July 13, 2022.
(AP Photo/Khalil Hamra)

The Turkish navy would then inspect all ships headed for Ukraine to make sure no weapons were being smuggled.

The UN will oversee a command and control center in Istanbul to monitor the security situation as Russia’s war continues.

Guterres warned that “more technical work will now be needed” to reach a final agreement, but added that “the momentum is clear.”

“I am encouraged. I am optimistic, but it is not completely done yet,” he added.

The final hurdle will come in the form of getting the go-ahead from Russian President Vladimir Putin, who will have to sign the deal.

Officials believe Putin could give his stamp of approval next week when he travels to Iran and meets with Turkish President Recep Tayyip Erdogan, the Wall Street Journal reported.

Ukrainian President Volodymyr Zelenskyy praised the plan, saying in his evening speech: “If they manage to eliminate the Russian threat to shipping in the Black Sea, the severity of the global food crisis will be reduced.”

“We will agree the details with the UN Secretary-General in the coming days,” he added.