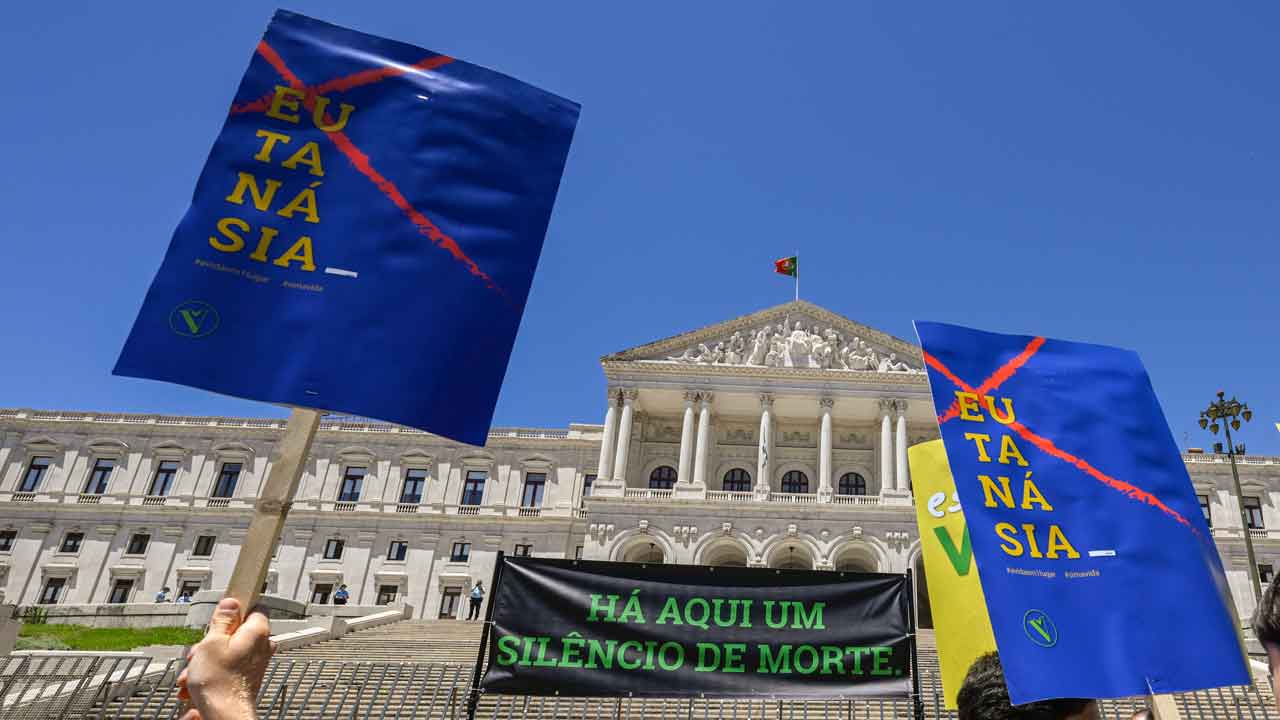 Portugal’s parliament voted for the third time in nearly two years on Friday to allow euthanasia, though as with previous attempts, the country’s Constitutional Court or the president could block the bill from becoming law.

Lawmakers have approved a bill allowing euthanasia and physician-assisted suicide in Portugal, the parliament speaker said, though exact voting figures were not immediately available.

Center-left parties in the largely Catholic country were the driving force behind the bill, as they were with laws allowing abortion in 2007 and same-sex marriage in 2010.

The bill requires the approval of the head of state to become law. President Marcelo Rebelo de Sousa could choose to block the legislation again or send it once more to the Constitutional Court for approval. That could delay the law for several months.

Protesters hold signs in front of the Portuguese Parliament during a “silent demonstration” promoted by the Federation for Life on the day the Portuguese Parliament debates bills aimed at legalizing euthanasia, on June 9, 2022, in Lisbon, Portugal. After three votes, Portugal’s parliament voted to allow euthanasia in the country.
(Horacio Villalobos#Corbis/Corbis via Getty Images)

Euthanasia is when a doctor directly administers fatal drugs to a patient. Physician-assisted suicide is when patients self-administer the lethal drug, under medical supervision.

The new rules in the latest version of the bill include the mandatory involvement of a psychologist in the process from start to finish and a minimum two-month wait between application and death.

The bill establishes that the patient’s request must be “repeated, serious, made freely and informed, in a situation of very intense suffering, with an extremely serious definitive injury or a serious and terminal illness.” The patient requesting death must freely express his wish at least six times.

The application is approved or rejected and the entire procedure is supervised by a national committee made up of two lawyers, a doctor, a nurse and a bioethicist.