North Korea reports another disease outbreak amid wave of COVID-19 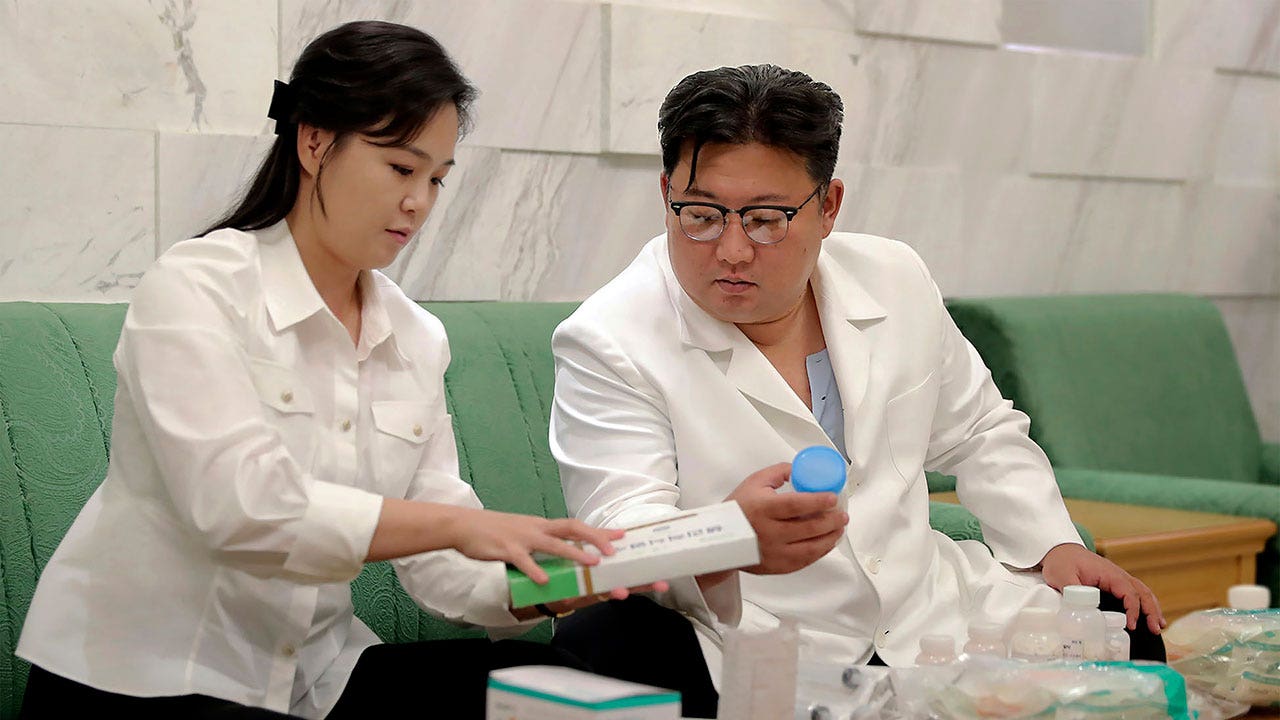 It is unclear how many people are infected in what the Korean Central News Agency said was “an acute enteric epidemic” in the southwestern city of Haeju.

The agency did not name the disease, but enteric refers to intestinal diseases, such as typhoid fever, dysentery and cholera, that are caused by germs in contaminated food or water or by contact with the feces of infected people. Such illnesses occur routinely in North Korea, where there is a shortage of water treatment facilities and the public health system has been largely broken for decades.

Some observers said the purpose of the announcement was not so much to report on the infections as to mention that leader Kim Jong Un donated medicine from his personal stash, an apparent effort to burnish his image at a time of extreme difficulty.

AS SUSPECTED SPREAD OF COVID CONTINUES IN NORTH KOREA, WHO IS CONCERNED ABOUT LACK OF DATA

The official Korean Central News Agency reported that Kim donated medicine from what he refers to as his family’s reserves. The country’s leading newspaper, Rodong Sinmun, published a front-page photo showing Kim and his wife, Ri Sol Ju, looking at saline solutions and medicine that the newspaper said they had donated.

In this photo provided by the North Korean government, North Korean leader Kim Jong Un and his wife Ri Sol Ju prepare medicine at an unannounced location in North Korea on Wednesday, June 15, 2022, for shipment to the city of Haeju, where an infectious disease occurred.
(Korea Central News Agency/Korea News Service via AP)

In a country where power is concentrated in the hands of a small ruling elite and hospitals often lack even basic supplies, defectors say it’s common for anyone who can to keep stocks of medicine in their homes, and top officials usually they can store more than ordinary citizens. Observers also said the donated medicine may have simply come from state storage facilities, but was distributed in Kim’s name.

“The outbreak of measles or typhoid fever is not rare in North Korea. I think it is true that there is an outbreak of an infectious disease there, but North Korea is using it as an opportunity to emphasize that Kim cares about his people,” he said. Ahn Kyung-su, head of DPRKHEALTH.ORG, a website that focuses on health issues in North Korea. “So it’s more of a political message than a medical one.”

People watch a TV screen showing a news report on the COVID-19 outbreak in North Korea, at a train station in Seoul, South Korea, on Saturday, May 14, 2022.
(AP Photo/Ahn Young-joon)

KCNA said Thursday that more than 4.5 million of the country’s 26 million people have fallen ill from an unidentified fever and 73 have died. The country, which apparently lacks coronavirus test kits, has identified only a fraction of them as confirmed cases of COVID-19. Many foreign experts dispute the North’s death toll, saying it is likely underreported to protect Kim from political harm.

North Korea recently claimed progress in slowing the spread of COVID-19 among the unvaccinated population, though a senior World Health Organization official said this month the agency believes the outbreak is getting worse.

During a ruling party conference last week, Kim claimed that the pandemic situation has passed the “serious crisis” stage. But the country still maintains high restrictions. Some outside experts have said the measures will put further pressure on the country’s economy, which is already in trouble, hit by pandemic-related border closures and UN sanctions.

On Thursday night, the South Korean Unification Ministry renewed its offer of help on health issues. After the North first announced the COVID-19 outbreak, South Korea and the United States offered to send vaccines and other medical supplies, but the North did not respond.