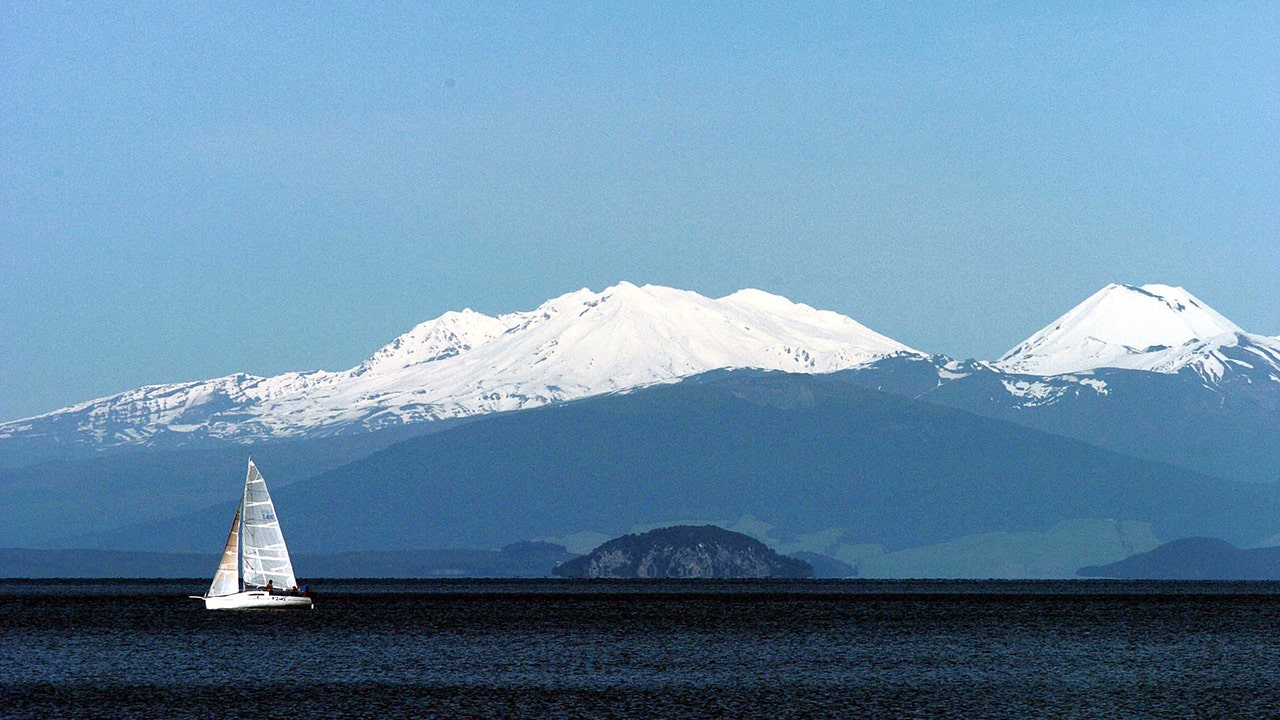 Scientists in New Zealand’s Lake Taupo area raised the alert level for a volcano beneath the country’s largest lake on Tuesday after detecting 700 small earthquakes below the surface since May.

The alert level of the Taupo volcano, a large caldera volcano located below Lake Taupo, has been raised to 1 from 0, the geological agency GeoNet said in a statement. The agency said the increase in earthquakes and deformation, or movement of the ground, indicates that volcanic disturbances are taking place in the lake.

While this was the first time scientists had raised the Taupo volcano’s alert level to 1, the agency said there have been 17 previous episodes of volcanic upheaval in the past 150 years.

Despite the volcanic turmoil and raised alert level, scientists say the chance of an eruption remains very low.

RAINY MOUNTAIN CLOUD FORMATION SEND SOCIAL MEDIA TO TIZZY, BUT IT’S NOT WHAT YOU THINK

In this file photo, Lake Taupo is seen with Mount Ruapehu and the Tongariro Range in the background in Taupo, New Zealand.
(PhilWalter/Getty Images)

“Earthquakes and deformation could continue for the next few weeks or months,” the statement said.

The New Zealand Volcanic Alert Level system is based on 6 tiered levels. While it is intended to describe the current state of each active volcano, GeoNet said an eruption can occur at any level, and the levels may not move in sequence.

The volcanic peaks of Mounts Tongariro, Ngarruhoe and Ruapehu rise above the shores of Lake Taupo on September 28, 2011.
(Reuters/Mike Hutchings/File)

The Taupo volcano last erupted about 1,800 years ago, according to GeoNet, which described it as the world’s most violent eruption in the last 5,000 years.

Orakei Korako, one of three fault scarps formed about 1,800 years ago during the last Taupo eruption.
(Education Images/Universal Images Group via Getty Images)

The explosion unleashed a pyroclastic flow that devastated an area of ​​about 7,722 square miles, filling major river valleys in the central North Island with pumice and ash, the agency said.