Miami Dolphins quarterback Tua Tagovailoa is back in concussion protocol 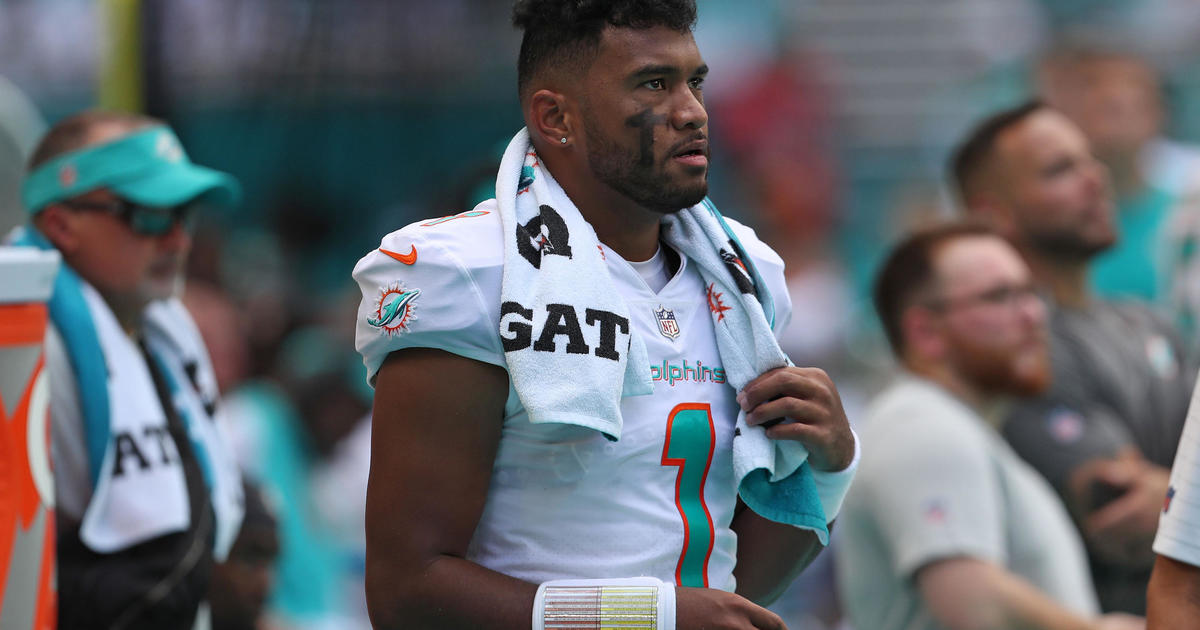 Miami Dolphins quarterback Tua Tagovailoa has been placed on concussion protocol by the second time this season.

dolphins head coach Mike McDaniel said Monday that Tagovailoa suffered a concussion at some point during the team’s loss against the Green Bay Packers on Christmas Day, despite playing the entire game.

“As far as the game is concerned, nobody acknowledged anything in regards to any kind of hitting,” he said. “I really can’t tell you exactly what it was.”

He added that the third-year quarterback met with doctors and discussed the symptoms with them, which led to him being placed on the NFL concussion protocol. Under the policy, each player diagnosed with a concussion must go through a five-step process before being cleared to practice or play a game.

McDaniel did not say whether Tagovailoa would start Sunday’s game against the New England Patriots, which has playoff implications for both teams. For now, Dolphins backup Teddy Bridgewater is preparing to take his place.

“It’s too early to really say,” McDaniel said. “You just know someone goes into protocol and you have to be ready to do whatever with it. I know Teddy (Bridgewater) will prepare as if he’s a starter and we’ll see as the week goes on.”

Earlier this season, Tagovailoa’s head was smashed into the turf and he suffered a concussion after a brutal blow during a game. against the Cincinnati Bengals on September 29. He missed two games as a result, leading the league to update how it handles concussions during games. The players’ union fired an unaffiliated neurotrauma consultant involved in managing Tagovailoa’s concussion during a game against the Buffalo Bills on September 25, when he suffered a head injury but returned to play.