HomeWorldMass shooting in Thailand: more than 30 dead in a daycare center,...
World

Mass shooting in Thailand: more than 30 dead in a daycare center, including children 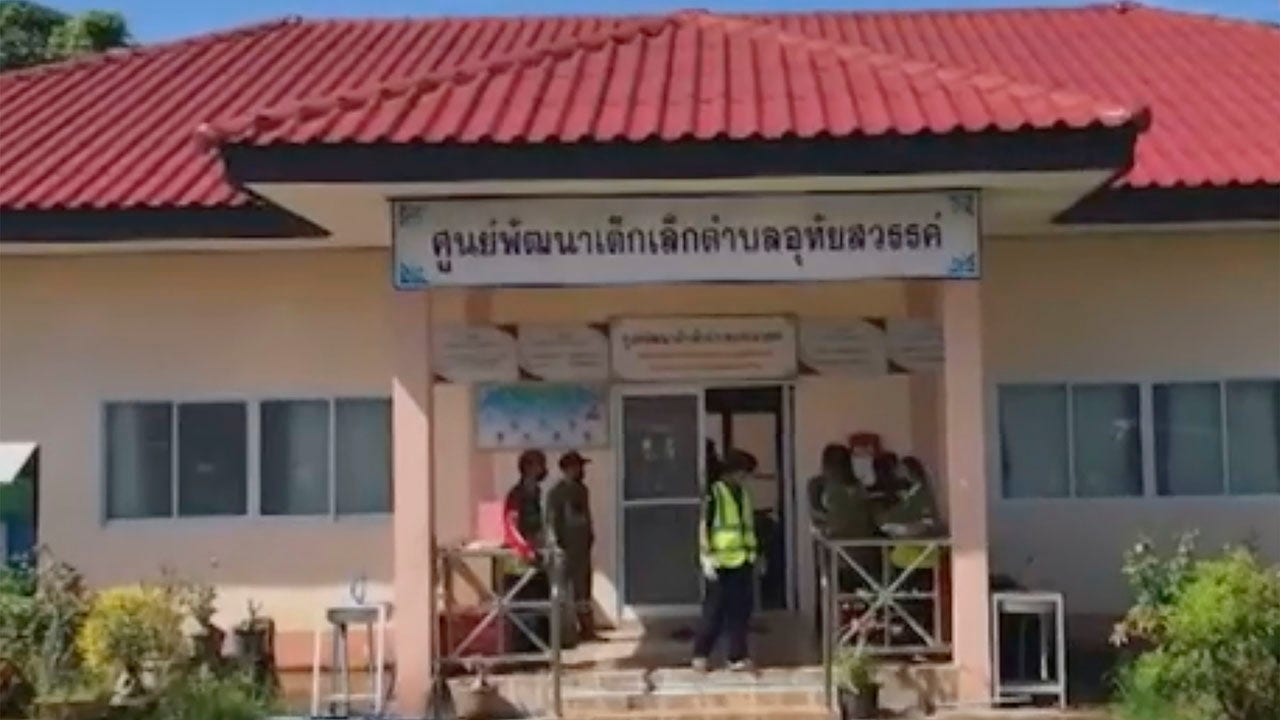 A mass shooting and knife attack at a kindergarten in northeastern Thailand on Thursday afternoon left more than 30 people dead, including children, police said.

The gunman, believed to be a former police officer, took his own life, according to authorities.

The confirmed deaths include at least 23 children, two teachers and a police officer.

LAS VEGAS MASSACRE SURVIVORS FOCUS ON HOPE AND HEALING 5 YEARS LATER: ‘WE ARE A FAMILY FOREVER’

In this image taken from video, officials enter the site of an attack on a kindergarten, Thursday, Oct. 6, 2022, in northeastern Thailand. More than 30 people, mainly children, were killed Thursday when a gunman opened fire, authorities at the child care center said.
(TPBS via AP)

The shooting occurred in Nongbua Lamphu province, about 300 miles northeast of the capital Bangkok.

According to Thai media reports, the gunman fled the building after the attack.

In this image taken from video, people gather outside the site of an attack at a kindergarten, Thursday, Oct. 6, 2022, in northeastern Thailand. More than 30 people, mainly children, were killed Thursday when a gunman opened fire at the daycare, authorities said.
(TPBS via AP)

A manhunt for the suspect was underway before authorities confirmed he committed suicide. According to reports, he also killed his wife and son before the attack.

In this mugshot released by Thailand’s Criminal Investigation Bureau, CIB, a suspected assailant is shown in the attack in Nongbua Lamphu, northern Thailand, on October 6, 2022. More than 30 people, mainly children, were killed on Thursday when a gunman set fire to a kindergarten in northeastern Thailand and then killed himself, authorities said.
(Thai CIB via AP Photo)

Jidapa said he then forced his way into a locked room where the children were napping and killed them with a knife.

He added that some of the usual children who attend the nursery were absent that day due to heavy rains.

The shooting occurred in Nongbua Lamphu province, about 300 miles northeast of the capital Bangkok.
(AP)

Mass shootings are rare in Thailand, but in 2020, 29 people were killed in a wave of gunfire by a disgruntled soldier.

This is a breaking story. Please check back for more information.

Reuters and The Associated Press contributed to this report.