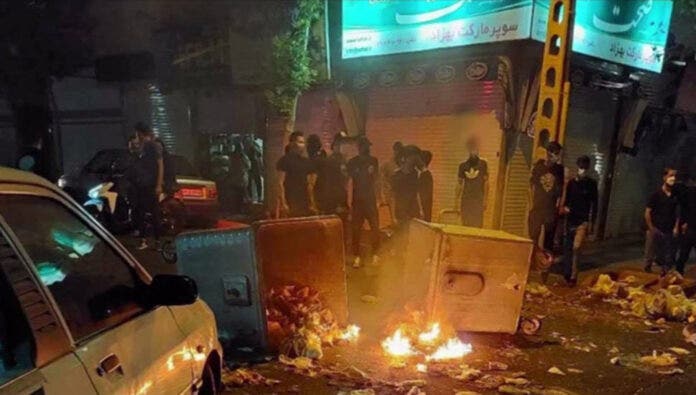 Dozens of children have been killed during the Iranian government’s crackdown on protests across the country, prompting some to urge the United Nations to expel Iran from the world body.

“The time has come for the international community to stand with the people of Iran, accept their will and recognize their right to resist and defend themselves,” the National Council of Resistance of Iran (NCRI) told Fox News Digital. “This can be done by closing the regime’s embassies and designating the Revolutionary Guard as a terrorist group, to hold the regime accountable and end its impunity.”

“The time has come to refer the file of the mullahs’ crimes to the United Nations Security Council and to take steps to expel this murderous regime from the UN,” the statement concluded.

Iran’s regime has failed to stop the protests that have swept across the country for the past three months following the death of 22-year-old Mahsa Amini while in police custody, reaching more than 140 cities and towns. Reports indicate that at least 700 people have died due to the government crackdown, including dozens of children.

IRAN HAS SENTENCED 400 PROTESTERS TO PRISON SENTENCES OF UP TO 10 YEARS: REPORT

On November 27, UNICEF released a statement saying that as many as 50 children may have been killed during the protests, but the number could be as high as 65. Iran has regularly denied such actions.

Protesters in Iran protest in the streets.
(NCRI)

“The Islamic Republic of Iran is party to the Convention on the Rights of the Child and has an obligation to respect, protect and fulfill children’s rights to life, privacy, freedom of thought and peaceful assembly,” UNICEF said. in a statement. statement last month.

“UNICEF urges the authorities to respect the rights of all children to peaceful assembly as a fundamental guarantee, no matter who they are or where they are,” the statement added. “The best interests of children must be at the center of government action, creating ways in which children can safely claim their rights in all circumstances.”

A fire burns in the streets of Iran as protesters continue to chant.
(NCRI)

According to the NCRI, five of the victims are under the age of 10 and the majority of the victims have been male. The largest number of child victims came from Zahedan. Most of the children were shot dead, but some were killed by baton blows or severe beatings by security forces.

Iran’s policies toward protesters, as well as its generally oppressive policies toward women, prompted the UN on Wednesday to expel the country from its seat on the Commission on the Status of Women.

Protesters gather around burning rubble in the streets of Iran.
(NCRI)

The NCRI told Fox News Digital that the UN should go even further and expel Iran from the entire organization, referring to Article 6 of the UN Charter, which states that “a member of the United Nations that has persistently violated principles contained in this Charter may be expelled from the Organization by the General Assembly on the recommendation of the Security Council.”

UN Secretary General António Guterres deferred comment on membership to the organization itself, but “believes that all member states must honor their commitments enshrined in the charter and the Universal Declaration of Human Rights,” the spokesman said. Stephane Dujarric to Fox News Digital.

Dujarric added that Guterres “subscribes” to Unicef’s message on the issue of child deaths in protests, and “will continue to speak out on these issues.”