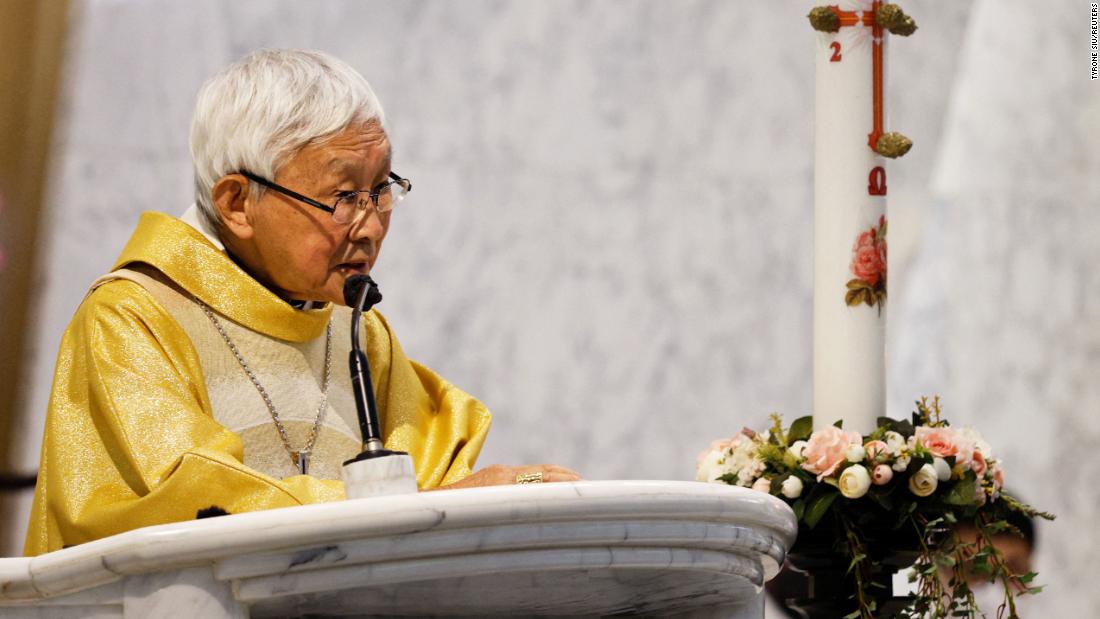 The high-profile case has brought a renewed focus on warmer ties between Beijing and the Vatican, which has seen the latter seem to avoid comments that could risk upsetting China.

The fund’s four trustees were initially arrested on suspicion of “collusion with foreign forces,” a charge under a national security law that carries a maximum sentence of life in prison.

A fifth trustee, former lawmaker Cyd Ho, was already in jail for unlawful assembly in another case. Ho was also arrested the next day on national security grounds.

The five have since been charged with a misdemeanor for failing to register the 612 Humanitarian Aid Fund, created in June 2019 to help pay legal and medical fees for protesters under arrest. The fund ceased operations last year following an investigation by the national security police.

The charge under the Societies Ordinance, a centuries-old colonial-era law, carries a fine of up to HK$10,000 (US$1,274) but no jail time. All of the defendants have pleaded not guilty.

On Monday morning, Zen arrived at the West Kowloon court leaning on a cane. She did not speak to reporters.

The court heard that the legal fund raised HK$270 million (US$34.4 million) in donations and made more than 100,000 deposits. In addition to providing financial aid to protesters, the fund was also used to sponsor pro-democracy demonstrations, such as paying for audio equipment.

The Vatican has remained largely silent on Zen’s case, aside from a statement in May, which said it learned of Zen’s arrest with “concern” and was “following developments with extreme care.” .

On September 14, on a return flight from Kazakhstan, Pope Francis was asked if he considered the impending trial against Zen to be a violation of religious freedom.

In a convoluted response, the Pope repeatedly stressed his support for the “path of dialogue” and the importance of respecting “the Chinese mentality.” He also refused to call China undemocratic “because it is such a complex country,” according to the Vatican News.

“Yes, it is true that there are things that seem undemocratic to us, that is true,” the Pope said. “I think Cardinal Zen is going to stand trial these days. And he says what he feels, and you can see there are limitations there.”

Zen’s trial comes at a sensitive time for the Vatican, which is preparing to renew a controversial deal with Beijing over the appointment of bishops in China. Under the original agreement reached in 2018, the Vatican recognized the legitimacy of seven bishops appointed by the Chinese government. The deal came at a time when China was ramping up its crackdown on underground Christian groups as part of leader Xi Jinping’s drive to bring religion under the absolute control of the Communist Party.

Zen has openly criticized the deal, calling it an “unbelievable betrayal” and accusing the Vatican of “handing the flock over to the wolves.”
In 2020, the Vatican said the agreement was extended for another two years.

Born to Catholic parents in Shanghai in 1932, Zen fled to Kong Kong with his family to escape the looming communist government as a teenager. He was ordained a priest in 1961 and appointed Bishop of Hong Kong in 2002, before retiring in 2009.

Known as the “conscience of Hong Kong” among his followers, Zen has long been a leading advocate for democracy, human rights, and religious freedom. He has been at the forefront of some of the city’s biggest protests, from the mass demonstration against national security legislation in 2003 to the “Umbrella Movement” demanding universal suffrage in 2014.

Zen’s prosecution is the latest in an ongoing crackdown on Hong Kong’s pro-democracy movement, which saw the Asian financial hub rocked by street protests for much of 2019 in resistance to increasingly tightening control by Beijing.

Beijing responded by imposing a controversial national security law in 2020, which critics say has been used to crush the city’s opposition movement, reform its electoral system, silence its open media and cripple its once-vibrant society. civil. Most of Hong Kong’s prominent pro-democracy figures have been jailed or have gone into exile.

The Hong Kong government has repeatedly denied that the national security law suppresses freedoms. Instead, he insists the law ended the chaos and restored stability to the city.