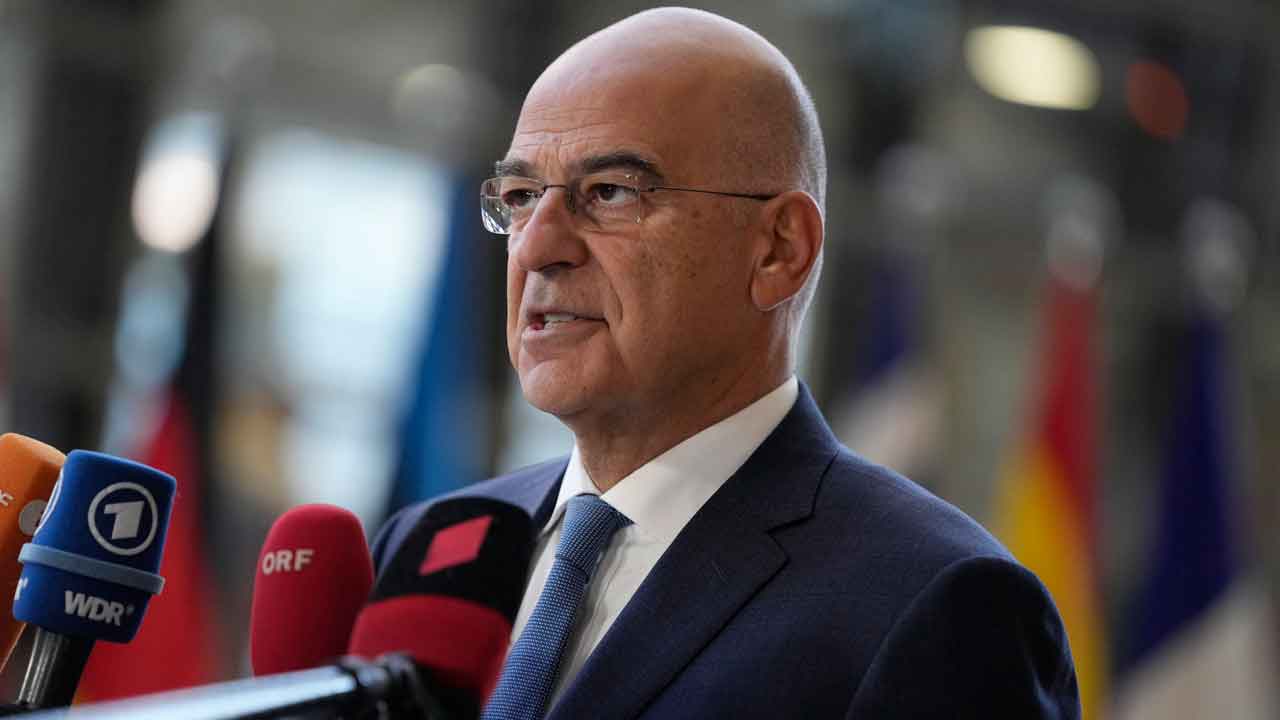 The Greek government lashed out at Turkey on Monday after Turkish President Recep Tayyip Erdogan threatened over the weekend to attack Athens with ballistic missiles.

“It is unacceptable and universally condemnable that an allied country, a member of NATO, makes threats of a missile attack against Greece,” Greek Foreign Minister Nikos Dendias said on Monday, arriving in Brussels for a foreign affairs meeting. of the European Union.

“North Korean attitudes cannot and should not enter the North Atlantic Alliance,” he said.

Speaking during a town hall meeting with young people in the northern Turkish city of Samsun on Saturday, Erdogan said Turkey had started manufacturing its own short-range ballistic missiles called Tayfun, which he said were “scaring the Greeks”.

“(The Greeks) say ‘He can hit Athens,’ said Erdogan, whose comments were broadcast on Sunday night. “Of course he will. If you don’t stay calm, if you try to buy things from the United States and from other places (to assemble) the islands, a country like Turkey… has to do something. “

Relations between the neighbors and NATO allies have long been tense, with the two sides split over a number of issues, including territorial claims in the Aegean Sea and energy exploration rights in the eastern Mediterranean. They have been on the brink of war three times in the last half century.

Turkey has stepped up the rhetoric in recent months, with Turkish government officials saying Athens’ alleged violations of international treaties put the sovereignty of some Greek islands into dispute. Erdogan also threatened to land Turkish troops in Greece “suddenly one night”. Even so, the threat of a missile attack is highly unusual.

Greece’s Foreign Minister Nikos Dendias speaks before a meeting of EU foreign ministers at the European Council building in Brussels, December 12, 2022. Dendias criticized Turkey for threats it made against Athens. .
(AP Photo/Virginia Mayo)

“Mr. Erdogan must know well that our country cannot be terrorized or intimidated,” Greek government spokesman Giannis Oikonomou said during a press conference in Athens. “Mr. Erdogan thinks that as many times as he repeats what is irrational and unfair, he can make it rational and fair. That is not going to happen.”

Akar was apparently referring to Turkish accusations that Greece was deploying troops and weapons to islands in the Aegean Sea in violation of treaties that require the islands not to be militarized.

“It is not possible for us to accept any kind of fait accompli,” Akar was quoted as saying by the Defense Ministry during a video conference Monday with military commanders. “Our expectation is that some Greek politicians and military will immediately abandon their hard-line and provocative attitudes (which they have adopted) for internal political purposes, focus on solving problems through dialogue and learn from history. Those who want a better tomorrow must away from the mistakes of yesterday and today”.