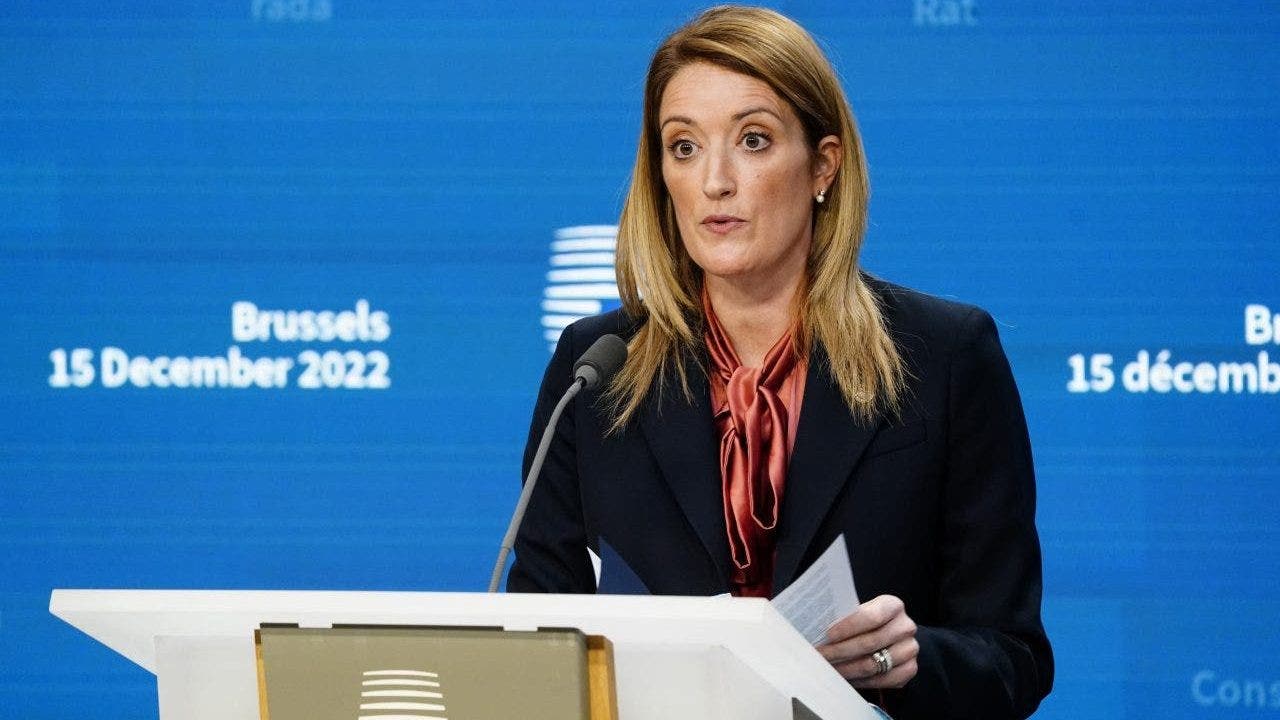 The president of the European Parliament said on Thursday sweeping reforms will be needed after a scandalous series of arrests on corruption charges rocked the legislature.

President Roberta Metsola has emphatically apologized for the blow to Europeans’ confidence in the supernational governing body, which has 705 members from 27 member countries and is based in Strasbourg, France.

“These criminal proceedings involving parliament are harmful. They are harmful to democracy, to Europe and to everything we stand for,” Metsola said.

“Trust that took years to build but only minutes to destroy and will need to be rebuilt. And this work begins now.”

Roberta Metsola, President of the European Parliament, attends a press conference during a meeting of the European Council on December 15, 2022 in Brussels, Belgium.
(Marco Tacca Pier/Getty Images)

Belgian prosecutor Michel Claise has overseen multiple raids on members of the European Union (MEPs) over allegations of widespread corruption and bribery related to the qatari government.

Metsola has promised a series of tougher reforms to prevent future such cases, including “a strengthening of parliament’s whistleblower protection systems, a ban on all unofficial friendship groups, a review of policing rules of our code of conduct and a full review and in-depth look at how we interact with third countries.”

“We need to right the wrongs and send a powerful message to those outside actors who try to undermine us that we will not budge, that we will uphold our values, the rule of law, justice and due process.” Metsola told the press.

The Qatari government has denied all allegations of illegal bribery and corruption.

“The State of Qatar categorically rejects any attempt to associate it with allegations of misconduct. Any association by the Qatari government with the reported claims is unfounded and seriously misinformed,” an official at the Qatari embassy in Washington, DC, told Fox News Digital.

Roberta Metsola, President of the European Parliament, speaks to the media during a meeting of the European Council on December 15, 2022 in Brussels, Belgium.
(Marco Tacca Pier/Getty Images)

“The State of Qatar works through institution-to-institution engagement and operates in full compliance with international laws and regulations.”

So far, six people have been arrested in the operation and at least 19 houses and offices have been raided.