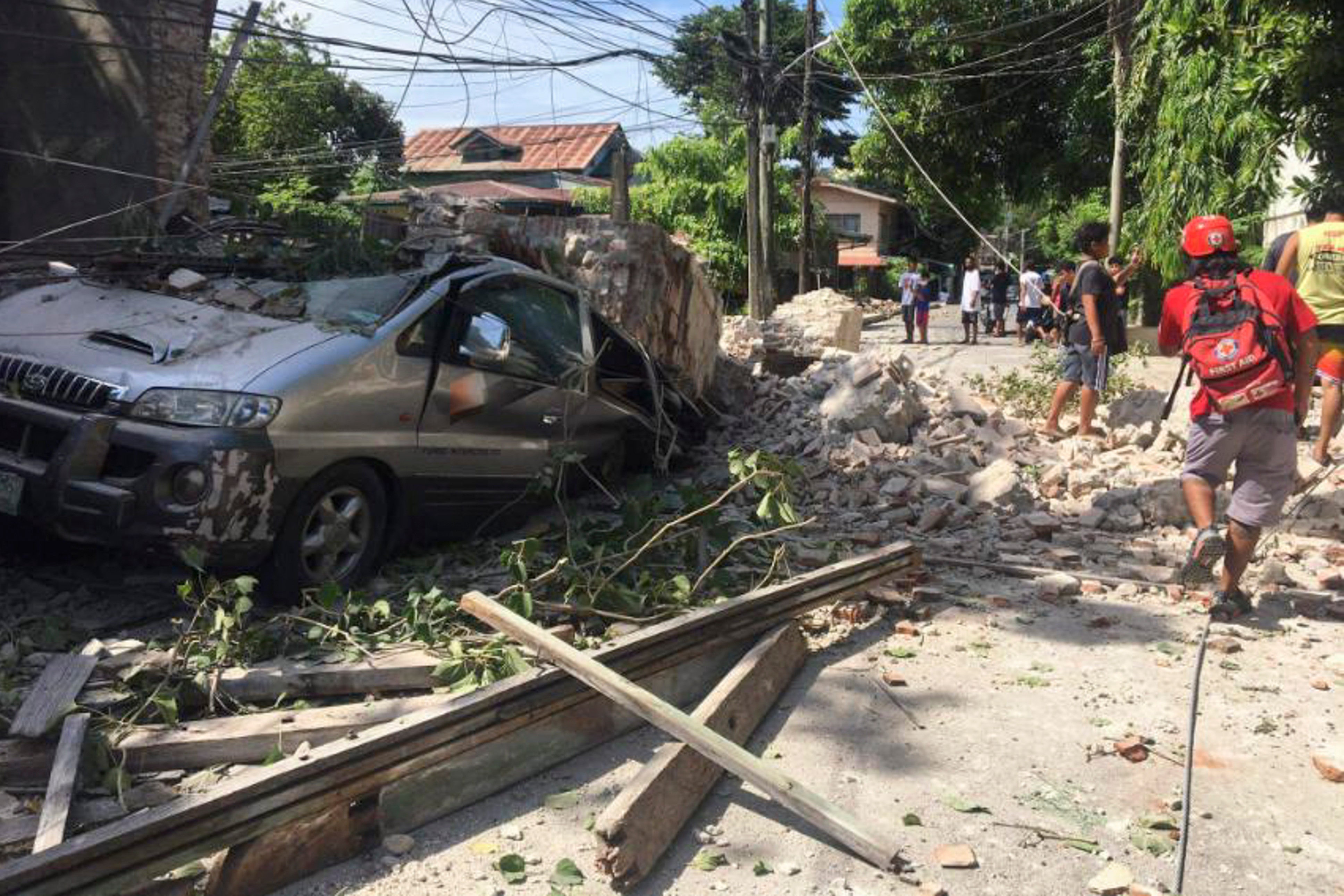 A magnitude 7 earthquake in the northern Philippines early Wednesday has left at least four dead and dozens more injured.

The earthquake created small landslides and damaged buildings. The earthquake was centered in the mountainous area of ​​Abra province, according to the director of the Philippine Institute of Volcanology and Seismology, Renato Solidum.

According to reports, at least 25 people were injured in Abra. Several structures suffered wall cracks, including some collapsed buildings in Abra.

In this photo provided by the Philippine Red Cross, a vehicle is damaged when a wall collapses after a strong earthquake hit Ilocos Sur province, the Philippines, Wednesday, July 27, 2022.

“The ground shook like I was on a swing and the lights suddenly went out. We ran out of the office, I heard screaming and some of my colleagues were crying,” Michael Brillantes, a security officer from Abra town in Lagangilang. , He said.

“It was the most powerful earthquake I’ve ever felt, and I thought the ground would open up,” he continued.

President Ferdinand Marcos Jr., who took office less than a month ago, plans to visit Abra on Thursday to meet with victims and local officials.

Boulders fall as a vehicle negotiates a road during an earthquake in Bauko, Mountain Province, Philippines, Wednesday, July 27, 2022.

The tremor had forced hospital patients and medical staff in the city of Manila to evacuate. They were later instructed to go back inside after engineers discovered only a few minor cracks in the walls of the structure.

The quake was initially believed to be a magnitude 7.3, but was later downgraded after further analysis. It started due to movement on a local fault that extends 10 miles deep.

A damaged truck lies next to rocks after it fell along a road during an earthquake in Bauko, Mountain Province, Philippines, Wednesday, July 27, 2022.

The Philippines is located along a fault arc around the Pacific Ocean, where many of the world’s earthquakes take place. The region is also the victim of some 20 typhoons and tropical storms each year, making it one of the most disaster-prone countries in the world.