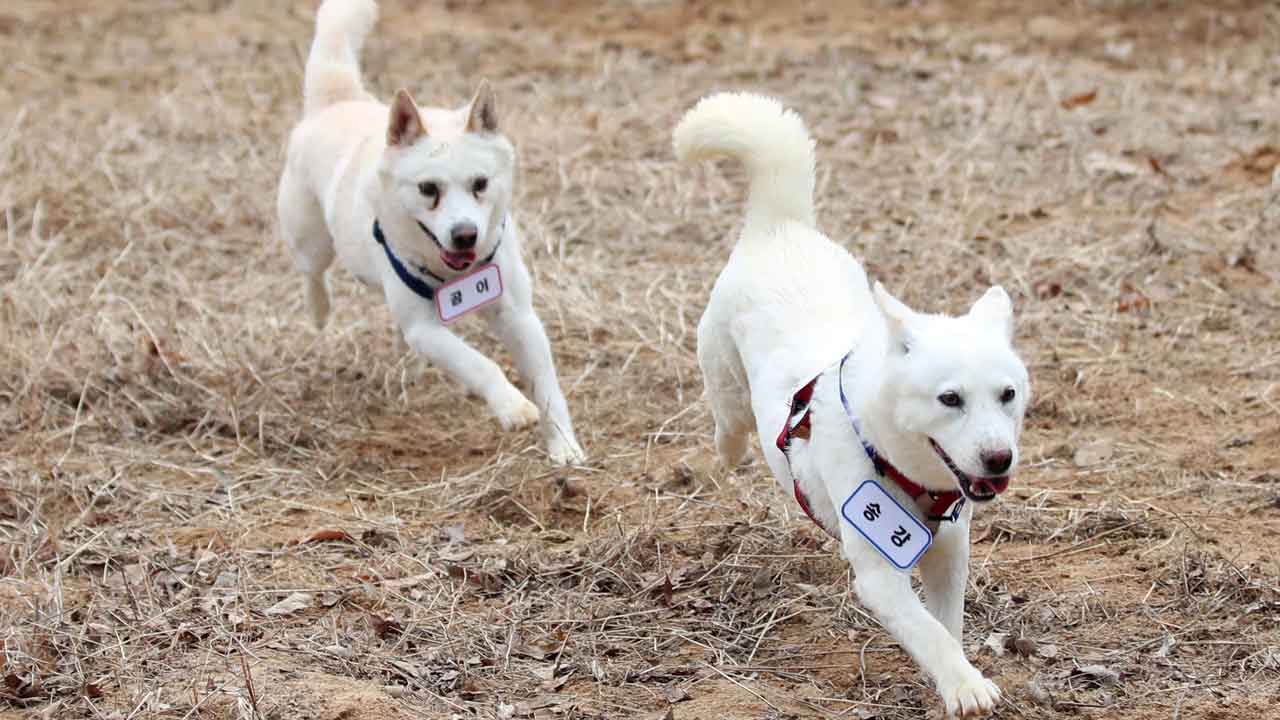 A pair of dogs gifted by North Korean leader Kim Jong Un four years ago ended up in a South Korean zoo after a dispute over who should finance the care of the animals.

Kim had given the two white Pungsan hunting dogs, a breed indigenous to North Korea, to then-South Korean President Moon Jae-in as a gift after their summit talks in Pyongyang in 2018. But the liberal Moon i gave up the dogs last monthciting a lack of financial support for the canines from the current conservative government headed by President Yoon Suk Yeol.

The dogs, named Gomi and Songgang, were transferred last Friday to a local government-run zoo in the southern city of Gwangju after a temporary stay at a veterinary hospital in the southeastern city of Daeju, zoo officials said.

In the presence of Gwangju Mayor Kang Gijung, the dogs were displayed on Monday with their identification tags around their necks while journalists and other visitors took photos.

“Gomi and Songgang are a symbol of peace and of reconciliation and cooperation between South and North Korea. We will raise them well as if we cultivate a seed of peace,” Kang said, according to his office.

The dogs have six pups between them, all of whom were born after they arrived in South Korea. One of them, named Byeol, has been raised at the Gwangju Zoo since 2019. The remaining five are at other zoos and a public facility in South Korea.

A pair of dogs that Kim Jong Un gave to former South Korean President Moon Jae-in perform at a park in Gwangju, South Korea, on December 12, 2022.
(Chun Jung-in/Yonhap via AP)

Gwangju Zoo officials said they will try to raise Byeol and his parents together, though they are currently being kept apart because they don’t recognize each other.

Gomi and Songgang officially belong to the state property. While in office, Moon raised them at the presidential residence. After leave office in mayMoon was able to take them to his private home thanks to a change in the law that allowed presidential gifts to be managed outside the Presidential Archive if they were animals or plants.

But in early November, Moon’s office accused the Yoon government of refusing to cover the cost of food and veterinary care for the dogs. Yoon’s office denied the allegation, saying he never stopped Moon from keeping the animals and that discussions about financial support were still ongoing.

Moon, a champion of rapprochement with North Korea, was credited with fixing now-dormant diplomacy over North Korea’s nuclear program, but also faced criticism that his policy of compromise allowed Kim to buy time and Boost your country’s nuclear capability in the face of international sanctions. Yoon has accused Moon’s compromise policy of “submissively” to North Korea.

In 2000, Kim’s late father, Kim Jong Il, gave another pair of Pungsan dogs as a gift to then-South Korean President Kim Dae-jung after their meeting in Pyongyang, the first inter-Korean summit since their 1948 split. Kim Dae-jung gave two Jindo dogs, a breed native to a South Korean island, to Kim Jong Il. The North Korean dogs lived in a public zoo near Seoul before they died in 2013.