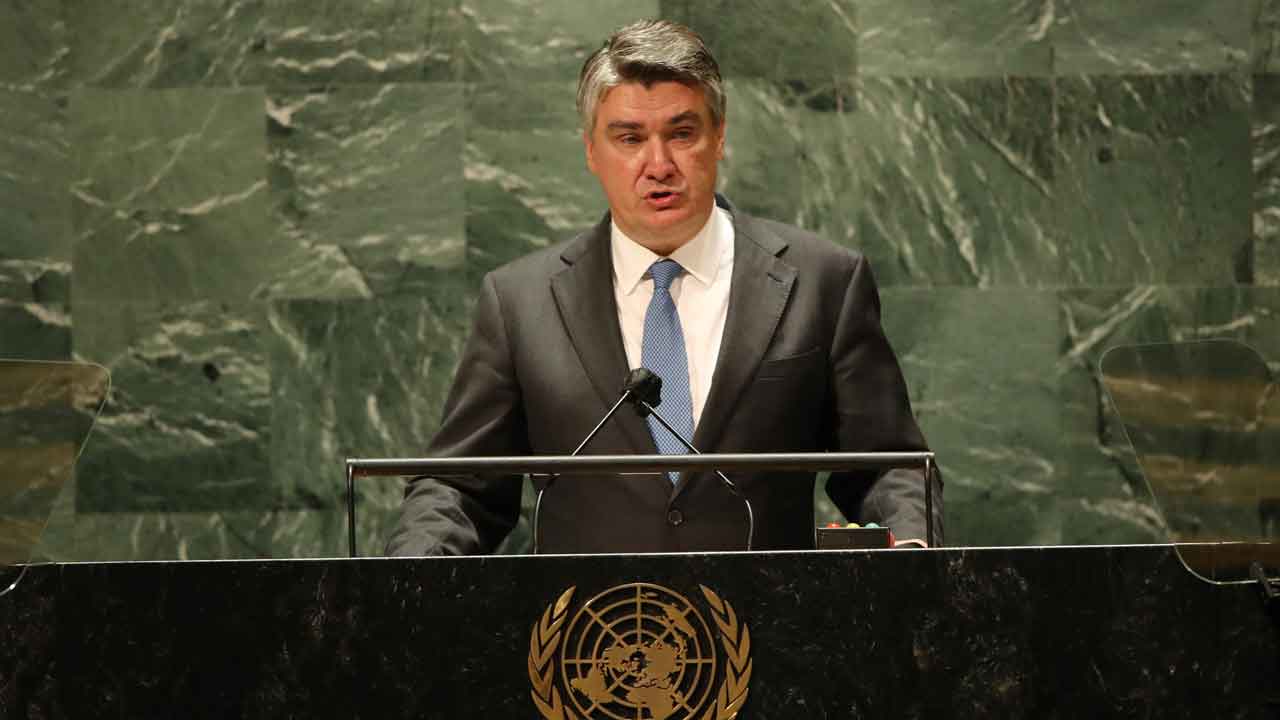 Croatian lawmakers on Friday rejected a government offer for the country to help train Ukrainian soldiers as part of a European Union mission.

The vote in parliament came after Croatia’s president previously refused to sign the proposal, saying it was not in accordance with the constitution.

President Zoran Milanovic has been an outspoken critic of Western policies in Ukraine. He has advocated for Croatia to offer only humanitarian aid to Ukraine in the face of invasion by Russia.

The EU Assistance Mission in Ukraine was established in October and sees countries in the 27-nation bloc offer various forms of support and training to Ukraine.

Croatia would host up to 100 Ukrainian soldiers in the country, while some 80 Croatian instructors would travel abroad to help train Ukrainians in other EU countries.

Croatian President Zoran Milanovic speaks during the 76th session of the United Nations General Assembly on September 21, 2021 in New York City. Croatian lawmakers rejected an offer for the country to help train Ukrainian soldiers on December 16, 2022. President Milanovic has criticized Western policies in Ukraine and has advocated that his country only offer humanitarian aid to Ukraine.
(Spencer Platt/fake images)

The government needed a two-thirds majority in parliament for such a decision to pass. The proposal was not approved because 97 of the 151 members of parliament supported it, four fewer than necessary. Ten legislators opposed it, while the rest abstained or were not present during the vote.

Opposition parties have said the vote was political and the result of a dispute between Prime Minister Andrej Plenkovic and President Milanovic, who often clash over various issues.

“It’s a choice between Ukraine and (Russian President Vladimir) Putin,” Plenkovic said before the vote. “Croatia for years has been a member of NATO and the EU, it is not neutral and non-aligned,”

Croatia is the newest member of the EU after joining in 2013. The country went through a war in 1991-95 after declaring independence from the former Yugoslavia.