HomeWorldChina advises citizens in Afghanistan to leave "as soon as possible" after...
World 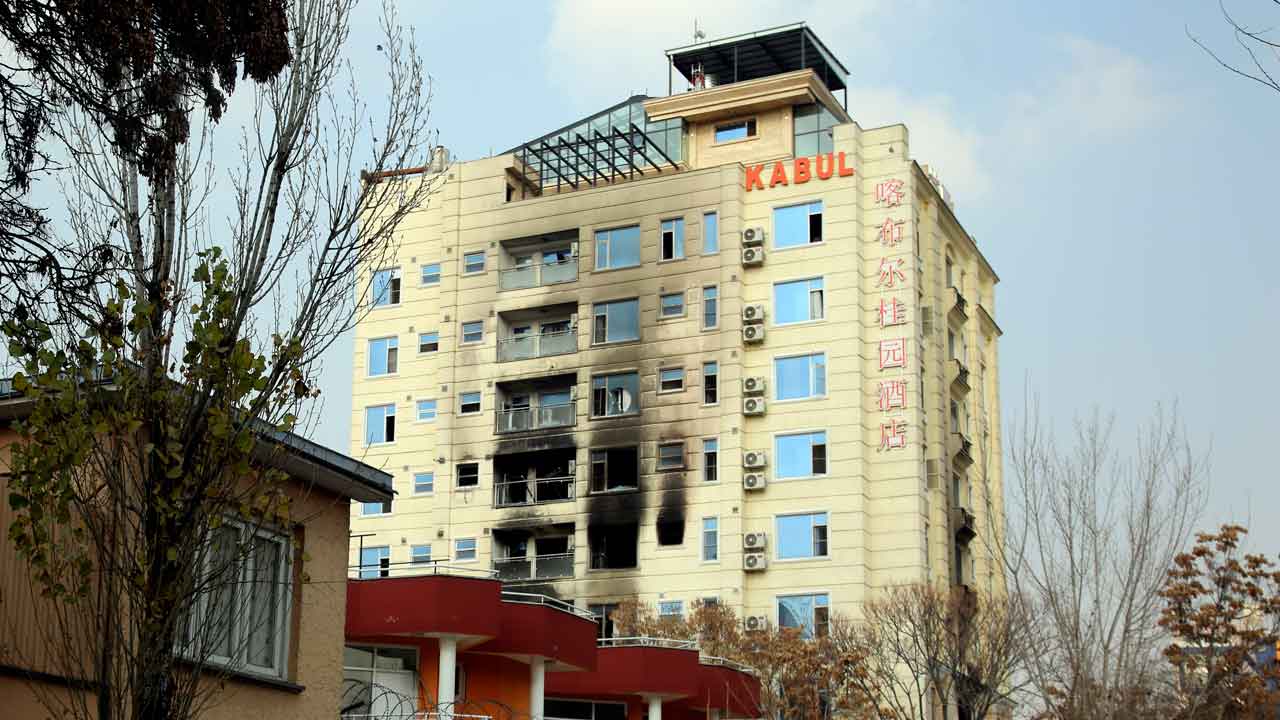 China on Tuesday advised its citizens in Afghanistan to leave the country “as soon as possible,” following a coordinated attack by Islamic State militants the previous day on a Chinese-owned hotel in the heart of Kabul.

The Chinese notice appeared to be a setback for Afghanistan’s Taliban rulers who are seeking foreign investment in the hope of halting the downward spiral of the Afghan economy since they took control of the country more than a year ago.

The Islamic State militant group, a key rival of the Taliban, has claimed responsibility for Monday afternoon’s attack on the Kabul Longan hotel, which left three assailants dead and at least two hotel guests injured as they tried to escape by jumping out of a window. .

Plumes of smoke rose from the 10-story building in the central Shar-e Naw neighborhood, according to footage posted on social media as the attack unfolded. Residents reported explosions and gunshots.

Taliban forces rushed into the area and blocked all roads leading to the site. Khalid Zadran, the spokesman for the Taliban-appointed Kabul police chief, said the attack lasted for several hours, followed by a mopping-up operation.

Beijing demanded a “thorough investigation” and urged the Taliban government to “take firm and resolute steps to ensure the safety of Chinese citizens, institutions and projects in Afghanistan,” Wang said.

The Chinese embassy in Kabul sent its team to the scene to help with the rescue, treatment and accommodation of the victims of the attack, Wang added.

“In view of the current security situation in Afghanistan, the Foreign Ministry has once again advised Chinese citizens and institutions in Afghanistan to evacuate from Afghanistan as soon as possible,” Wang said.

The Taliban swept across the country in August 2021, seizing power as US and NATO forces were in the final weeks of their final withdrawal from Afghanistan after 20 years of war.

A hotel building after an attack claimed by the Islamic State group in Kabul, Afghanistan, on December 13, 2022. China has warned citizens to leave the country following the attack.
(AP Photo/Siddiqullah Khan)

Since they took power, the international community has refused to extend official recognition to former insurgents who have reneged on their promises to pursue a more moderate path, including reopening girls’ schools beyond sixth grade and safeguarding minority rights.

BARON HOTEL IN AFGHANISTAN: WHAT WE KNOW

The Taliban government has also recently made statements saying it intends to implement Islamic law, or Sharia, as it did when the Taliban ruled Afghanistan in the late 1990s. In recent weeks, the Taliban have carried out executions and public floggings on several occasions of people convicted in Taliban courts of crimes such as murder and adultery.

China has economic and mining interests in the country, although those familiar with past talks between the Taliban and Chinese officials say Beijing wants the Taliban to commit to preventing China’s Uyghur opponents from setting up operations in Afghanistan.

In October, the Taliban-appointed government spokesman, Zabihullah Mujahid, singled out China as a key part of Afghanistan’s economic development. China has also revealed its aspirations to play a leading role in Afghanistan following the withdrawal of US forces: Chinese Foreign Minister Wang Yi at a regional conference recently led calls for the US to unfreeze Afghan assets in abroad and end sanctions against the Taliban government.

There was no word on the identities of the injured Chinese guests at the Kabul hotel or what they were doing in Afghanistan.

The Islamic State statement, carried by one of the militant Telegram channels used by the group, said two of its members attacked the hotel because it is frequented by diplomats and is owned by “Communist China.”

He further claimed that the Islamic State attackers detonated two bags of explosives that had been left at the hotel earlier, including one in the main lobby, and set part of the hotel on fire. The militant group did not offer any proof of its claims.

There were conflicting reports as to the number of victims. Taliban officials said three attackers were killed; IS claims that only two of its members participated in the attack, identifying them by name and publishing their photos. According to Mujahid, the Taliban government spokesman, two foreign residents were injured when they jumped out of the hotel windows.

However, the Kabul Emergency Hospital said in a tweet on Monday that it received 21 victims, including the bodies of three people.

IS’s regional affiliate, known as Islamic State in Khorasan province, has increased its attacks since the Taliban takeover of Afghanistan in August 2021.