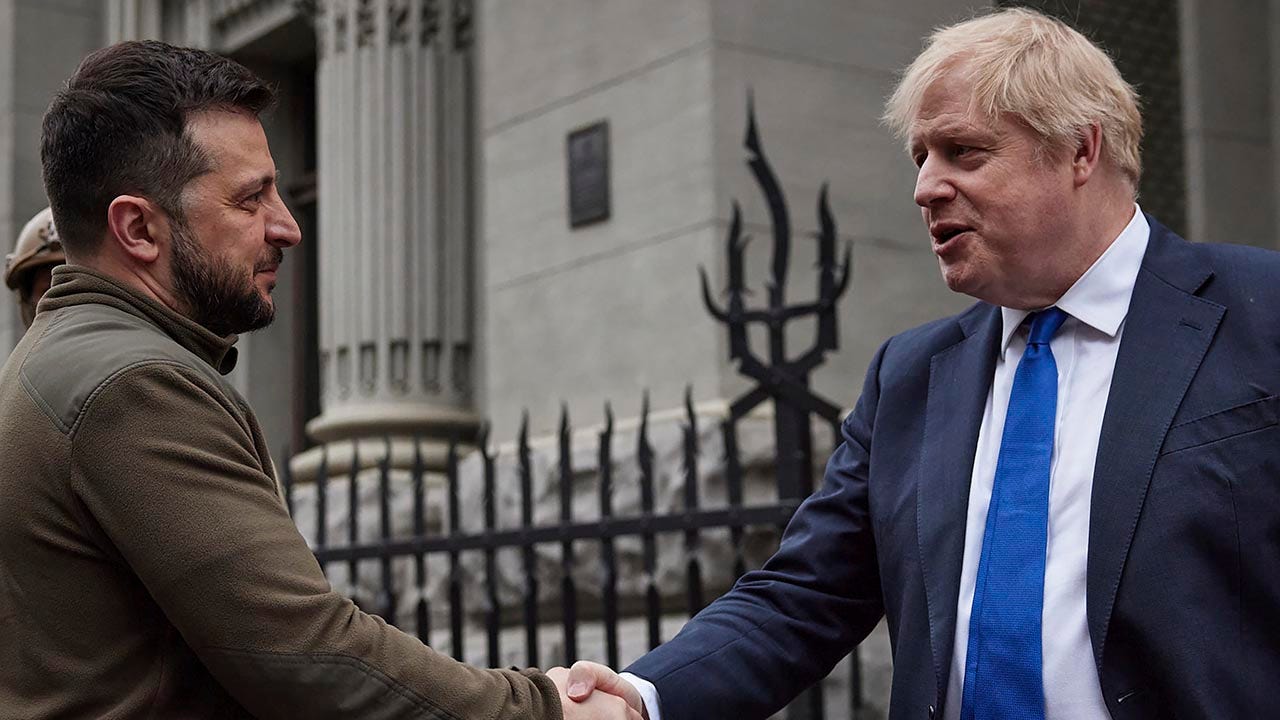 Boris Johnson’s resignation as prime minister should not significantly affect UK support for Ukraine, even as the war against Russia drags on and the costs continue to mount.

“Regarding British policy, we think it remains unchanged,” former Infrastructure Minister Volodymyr Omelyan told Fox News Digital. “Regardless of who becomes prime minister, he or she will pay the same attention to the international agenda.”

Johnson announced on Thursday his intention to step down from the top post following mounting calls for his resignation within his own party, along with dozens of ministers who have resigned from his government over a series of scandals that had led to a “loss of confidence” of the public.

But with Johnson’s resignation comes fear that Ukraine has lost one of its most loyal allies: Only perhaps President Biden has remained as committed to Ukraine’s defense against Russian invasion.

BORIS JOHNSON RESIGNS: WHAT’S NEXT FOR THE UK?

Johnson made two separate visits to Kyiv, including one immediately after Russia’s withdrawal from the capital city as a show of support and confidence in Ukraine’s achievements. The first visit drew applause from all corners for Johnson’s courage to enter a war zone.

But British Defense Minister Ben Wallace assured Ukraine on Thursday that Britain would remain “fully behind” Kyiv despite Johnson’s resignation.

“The assistance that the UK provides to Ukraine does not come from just one person,” Wallace told Sky News. “Not me, not the prime minister. It’s all the effort.”

“Actions matter in all of this and while the PM will be incredibly sad to leave this post, he has led from the front in Ukraine, as he had with covid and obviously Brexit, and I think that doesn’t go unnoticed. “. many people.”

Ted Bromund, a senior fellow at the Margaret Thatcher Center for Freedom, told Fox News Digital that he does not think the UK will change its position, as the party itself has pushed an anti-Putin stance and agenda that will not go away under Johnson.

“You have to keep in mind that, you know, the UK had Russian assassinations on its soil, it now has a long history of having troops deployed to the Baltic nations in support of the NATO mission,” he argued. “He has a long history, unlike France and Germany, of being really willing to put his money where his mouth is when it comes to opposing the Russians.”

And Ukrainian officials do not question the British commitment to support Ukraine, no matter who takes charge. Omelyan said that he is “very grateful for all the efforts of Boris Johnson to help Ukraine, and we believe that he was and continues to be a great charismatic leader.”

“We want to do everything possible to be with our allies in the first year of the year and with this great memory and great efforts, I think the previous policy will remain the same,” he said. “In Ukraine, we are all very grateful to us and we are excellent in difficult circumstances.”

Support for Ukraine has faltered in Europe, with surveys indicating that after strong solidarity with Kyiv in the first 100 days of the invasion, the public now seems more divided on long-term goals. The European Council on Foreign Relations found that most countries would prefer a “peace” solution to continuing to seek “justice” for Ukraine.

But Omelyan believes that the threat of Russian aggression against other European nations will prompt the leaders of those countries to continue to support Ukraine in its defense: French President Emmanuel Macron, German Chancellor Olaf Scholz and Italian Prime Minister Mario Draghi visited Kyiv and met with Ukrainian President Volodymyr. Zelenskyy last month as a “message of European unity”.

“We understand that it’s not about people getting upset or, shall we say, getting tired,” Omeylan said. “This war in Europe is about the future.”

“If you remember the first weeks of the war, not all the leaders of the European Union or of the European nations were very supportive of Ukraine, but the people supported us,” he added. “The big difference is that the leaders finally understood the threat coming from Russia and they will do everything possible.”

“The Ukrainians are dying, but the Europeans are not losing their lives yet. Let’s hope it never happens that the war reaches the European Union or the NATO member states.”