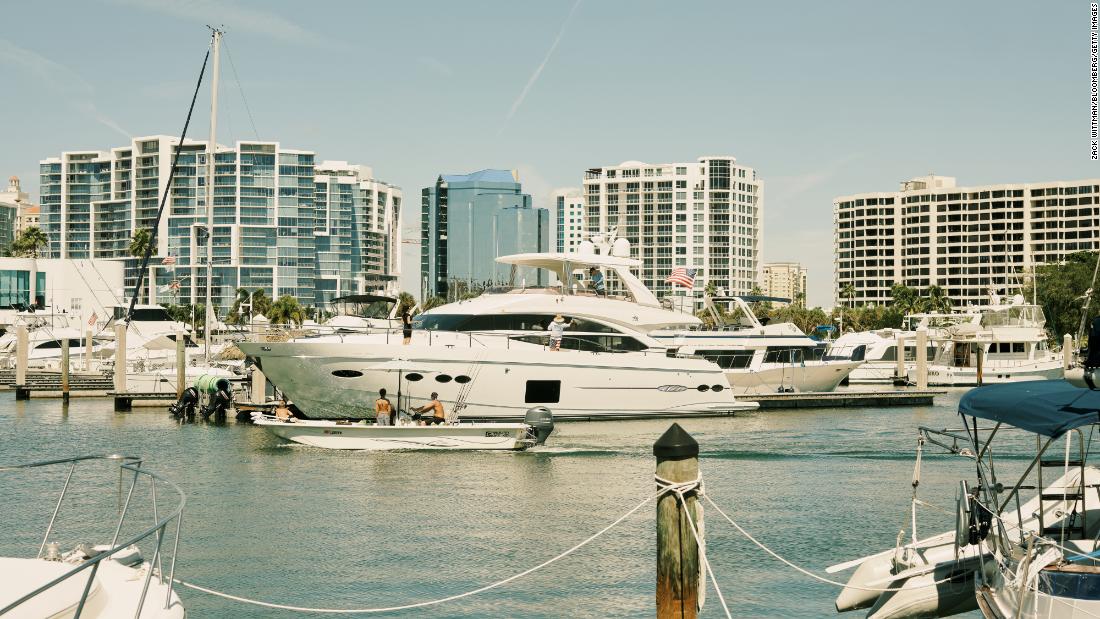 As many as 5.2 million people became millionaires last year, nearly half in the United States alone, according to Credit Suisse’s latest annual report. wealth report.

“This is the largest increase in the number of millionaires on record for any country in any year this century,” he said.

Globally, the total number of millionaires stood at 62.5 million at the end of 2021, Credit Suisse estimated.

The report, released Tuesday, found that aggregate global wealth totaled $463.6 trillion at the end of last year, an increase of 9.8%.

Unsurprisingly, the top two economies, the United States and China, saw the biggest gains in household wealth, followed by Canada, India and Australia.

Each country is likely to have been helped by significant increases in economic output in 2021, combined with “vigorous” activity in their respective housing or stock markets, the bank said.

This once again exacerbated global inequality, which has already worsened significantly during the pandemic.
2020 saw a historic setback in the fight against global poverty, with the number of the world’s poorest rising for the first time in more than 20 years, according to the World Bank.
While overall poverty has increased since slipped down slightly Again, the institution estimates that tens of millions more people could live in extreme poverty this year than previously thought, “due to the lingering effects of the pandemic, the war in Ukraine, and rising inflation.”

That’s in stark contrast to the world’s luckiest, even if they’re not immune to those factors.

Last year, the top 1%’s share of wealth “increased for the second year in a row,” Credit Suisse said in its report. Those people accounted for 45.6% of global wealth in 2021.