A guide to the weekend 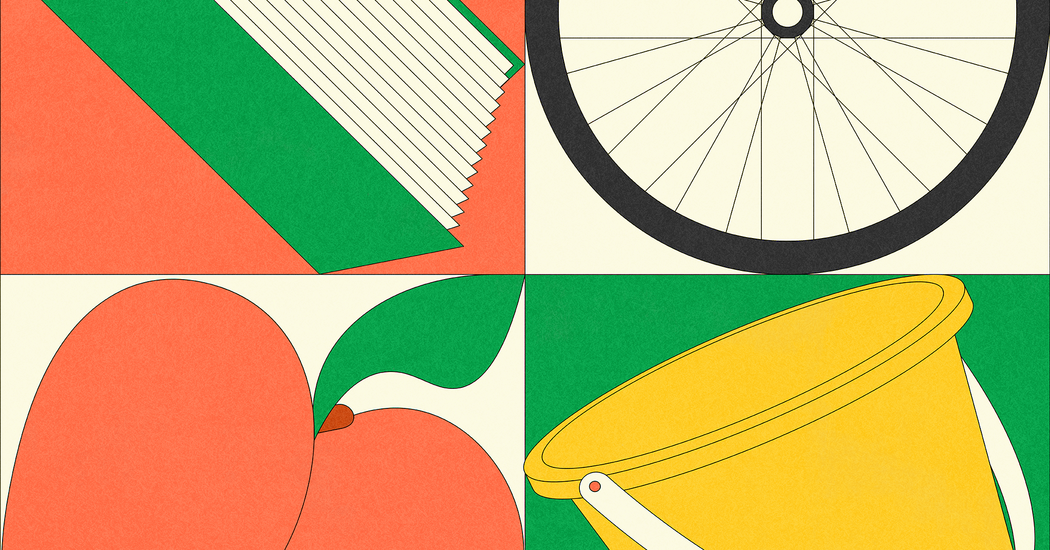 The most reliable way I’ve found to discover the books I love is to seek out recommendations from writers whose work I admire. So when I saw that Patrick Radden Keefe, the author of the fascinating “Empire of Pain,” was discussing his favorite writers in The Times Book Review, I opened my note-taking app to add Emmanuel Carrère’s “The Adversary” to my forever. -Longening of the list of titles to read.

It’s a holiday weekend here in the US, and I’ll be spending at least part of it reading, outside if the weather permits, inside in front of a fan if it doesn’t. If you’re lucky, you’ve been able to escape, perhaps somewhere nearby that doesn’t use too much gas, like our reporter who recently spent two days cycling around Shelter Island.

Wherever you are, take advantage of the long days. I like to do two in one in the summer, days with two distinct chapters before nightfall. These are the days when you can hit the beach by noon and still have plenty of light to grill when you get home.

Here is your menu. Start with a rum punch or nimbu pani, continue with flank steak and vegetables. Corn on the cob, obviously. Macaroni, pasta, potato salads. Edna Lewis’ peach cobbler for dessert. Invite the neighbors, if you want. Ask them to bring the coleslaw.

I’ve been eagerly awaiting the film adaptation of Lawrence Osborne’s “The Forgiven,” about a couple who accidentally kill a stranger while driving to a lavish weekend party in Morocco. It opens this weekend. If you prefer something less intense, “Marcel the Shell With Shoes On” looks lovely.

The last two episodes of the fourth season of “Stranger Things” just came out, but if you’re a fan, you’ve probably already seen them. You may not have seen “Naked Mole Rat Gets Dressed: The Underground Rock Experience,” an animated musical special from children’s book author Mo Willems. And there’s Wimbledon, though Serena won’t be playing.

I’ve been looking for podcast recommendations for when I’m running chores and errands, so this list of feel-good podcasts came just in time. “You Are Good,” an exploration of movies through the feelings they provoke, co-hosted by Sarah Marshall of the late “You’re Wrong About” podcast sounds right up my street. I’ll listen to it while I do the cobbler.

What new podcast have you loved recently? Let me know and we could publish your recommendation in The Morning. Be sure to include your full name and location.

🎬 “Thor: Love and Thunder” (July 8): Marvel’s most recent blockbuster, “Doctor Strange in the Multiverse of Madness,” was strange and dark. This one, directed by the rising Taika Waititi, is fun and colourful. It really takes all kinds. One tip: You might want to rewatch the second Thor movie, 2013’s “The Dark World,” to remind yourself why Natalie Portman is even in these movies.

📺 Macy’s 4th of July Fireworks Spectacular (4th of July): Oh, say, can you see a nearly half-century-old tradition that celebrates America’s birthday in an over-the-top way? Why yes you can! Tune in to NBC at 8 pm ET on Monday and turn the volume down if your dog is in the room.

📚 “Girls They Write Songs About” (Available Now): The friends we make in our 20s, that formative decade when work and family life haven’t yet fully tamed us, often see us at our most irresponsible. The two friends in this novel by Carlene Bauer have plenty of those, as they find themselves cute and tough in late-’90s New York City before spending decades, as critic Molly Young writes, “enchanted, disenchantd, and re-enchanted.” “. Anyone with long-term friends can relate.

RECIPE OF THE WEEK

Grilled chicken may be a 4th of July cliché, but only because it’s pretty much perfect, a crowd-pleaser with its mahogany, crispy, sticky skin, and flavorful, smoky meat. and the one with sam sifton not too sweet version It’s the recipe I keep coming back to. Smartly ask to dilute the barbecue sauce with water before using it to baste the grilled chicken. This prevents the sugars in the sauce from burning and the meat from drying out. While he suggests using chicken legs and thighs, I’ve added bone-in, skin-on breasts, and they’ve worked really well. (Just be careful not to overcook them.) Then, break out your favorite frozen drink, and don’t forget to look up: fireworks, fireflies, or the summer sky turning pink at sunset.

A selection of recipes from the New York Times is available to all readers. Please consider a kitchen subscription for full access.

Phoenix Mercury vs. Chicago Sky, WNBA: This game is a rematch of last year’s WNBA Finals. The Sky won that series, and this year they once again look like one of the best teams in the league. Veteran forward Candace Parker, who grew up near Chicago, recently recorded her third triple-double, the most in WNBA history. Meanwhile, Mercury’s season has been defined by the absence of star center Brittney Griner, who has been detained in Russia since February. 1 pm ET today on ESPN.