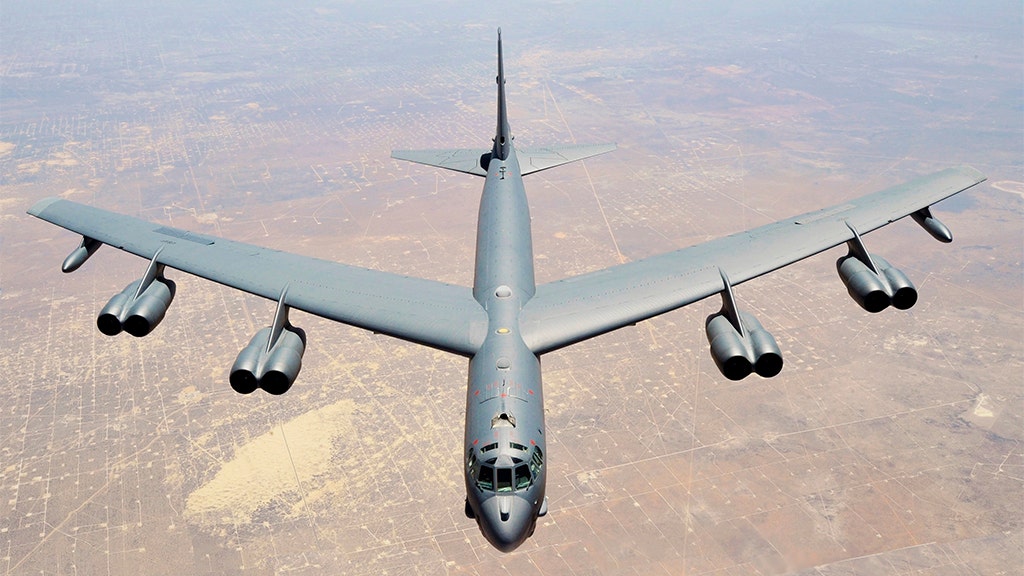 With the debut of the highly anticipated B-21 Raider last week, the first new strategic bomber in more than 30 years, the US Air Force is preparing to modify its bomber fleet.

In an email to Fox News Digital on Friday, a spokesperson confirmed that the Air Force would be transitioning its fleet of three bombers to a fleet of two bombers of modernized B-21s and B-52s.

The B-1s and B-2s will continue to provide capability until the Air Force introduces the B-21 Raider, which will be the backbone of its future force and gradually replace the B-1 Lancer and B-2 Spirit bombers currently in service. . .

The Air Force confirmed that the first modified B-52s are expected to enter testing in late 2028.

The B-21 Raider will be a dual-capable penetrating attack stealth bomber capable of delivering conventional and nuclear munitions. The B-21 will form the backbone of the future Air Force bomber force consisting of B-21s and B-52s.
(U.S. Air Force photo)

Defense News noted that Congress could also restrict the Air Force’s ability to retire B-1 and B-2 bombers.

Maj. Gen. Jason Armagost, director of strategic plans, programs and requirements for the Air Force Global Strike Command, told Defense News that as B-52s receive new engines, the service must ensure there are no gaps. of capacity while the bombers are offline.

Armagost also said that a number of factors could delay that deadline, including “major geopolitical changes.”

Asked if such geopolitical changes could play a role in the timeline of this fleet transformation, the Air Force spokesperson noted that the B-21 provides long-range, penetrating strike, and survivability capabilities to deter attack. aggression and strategic attacks against the US, allies and partners. or prevail in the conflict if deterrence fails to put any objective at risk.

Six of the Raiders, which the Air Force said would be the “multifunctional backbone of the modernized bomber fleet,” are in production, and the Air Force plans to build 100 that can deploy nuclear weapons or conventional bombs and be used without a human. crew.

Notably, while other new fighter and ship programs have taken decades, the bomber went from contract award to debut in seven years. It is part of a major overhaul of the nuclear triad estimated to cost $1.2 trillion through 2046.

“We needed a new bomber for the 21st century that would allow us to deal with much more complicated threats, like the threats that we fear one day from China, Russia,” said Deborah Lee James, the 23rd Secretary of the Air Force. she, she said she when Raider’s contract was announced in 2015.

Defense Secretary Lloyd Austin warned earlier this month that the United States is at a crossroads with China and will need military force to ensure that American values ​​set global norms in the 21st century.

“These next few years will set the terms of our competition with the PRC. They will shape the future of security in Europe,” he said. “And they will determine whether our children and grandchildren inherit an open world of rules and rights, or face emboldened autocrats who seek to rule by force and fear.”