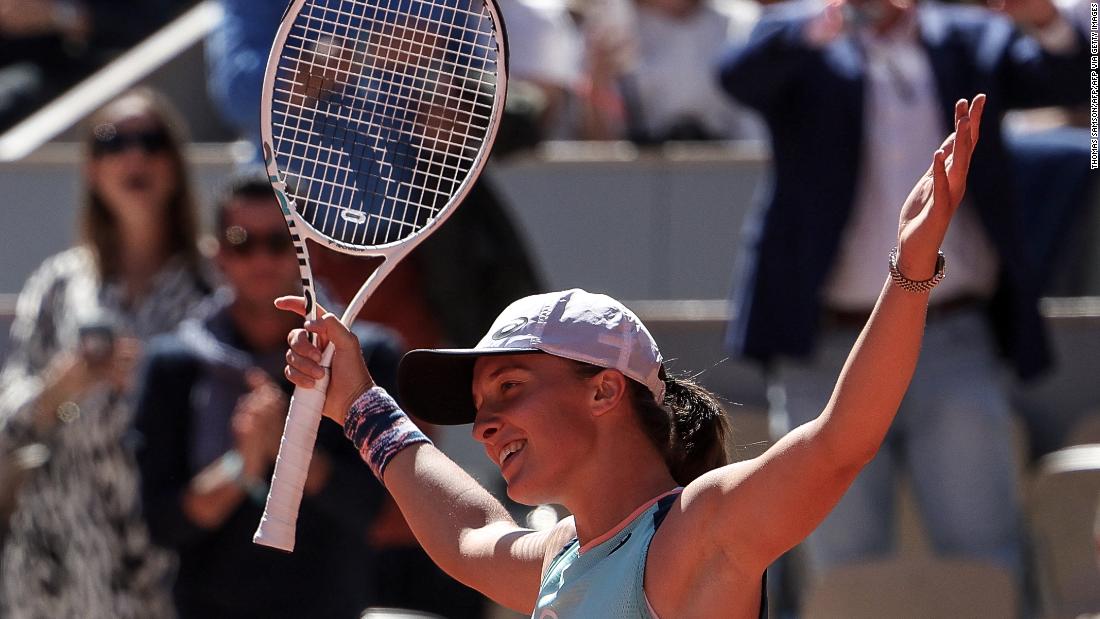 In this latest win, the 21-year-old utterly upset No.20 seed Daria Kasatkina 6-2 6-1 in one hour and four minutes to reach her second French Open final, where she will meet Coco Gauff or Martina Trevisan.

The Pole won her first Grand Slam title at Roland Garros in 2020 when she defeated Sofia Kenin 6-4 6-1.

“I try to treat every game the same way,” Swiatek said after the game. “If I realize it’s one of the biggest games of the season, it stresses me out, so I try to focus on one task and listen to music.”

It was the fourth time these two players had met this year, and on the previous three occasions, Swiatek had emerged victorious.

Such was her dominance that the World No.1 dropped just two points on her first serve during the opening set, while Kasatkina, who had not dropped a set in the entire tournament, saw her forehand buckle under pressure and conceded. 24 unforced errors.

In total, Swiatek conceded just 11 points on serve in the entire match, with four of those coming in the only game in which he lost serve. Kasatkina’s serve fared worse and was broken five times during the match.

“It’s easier to play matches with this kind of support,” Swiatek told a cheering crowd at Philippe-Chatrier. “I’ve had it everywhere I’ve played this year.

The women’s final at Roland Garros is set for Saturday.