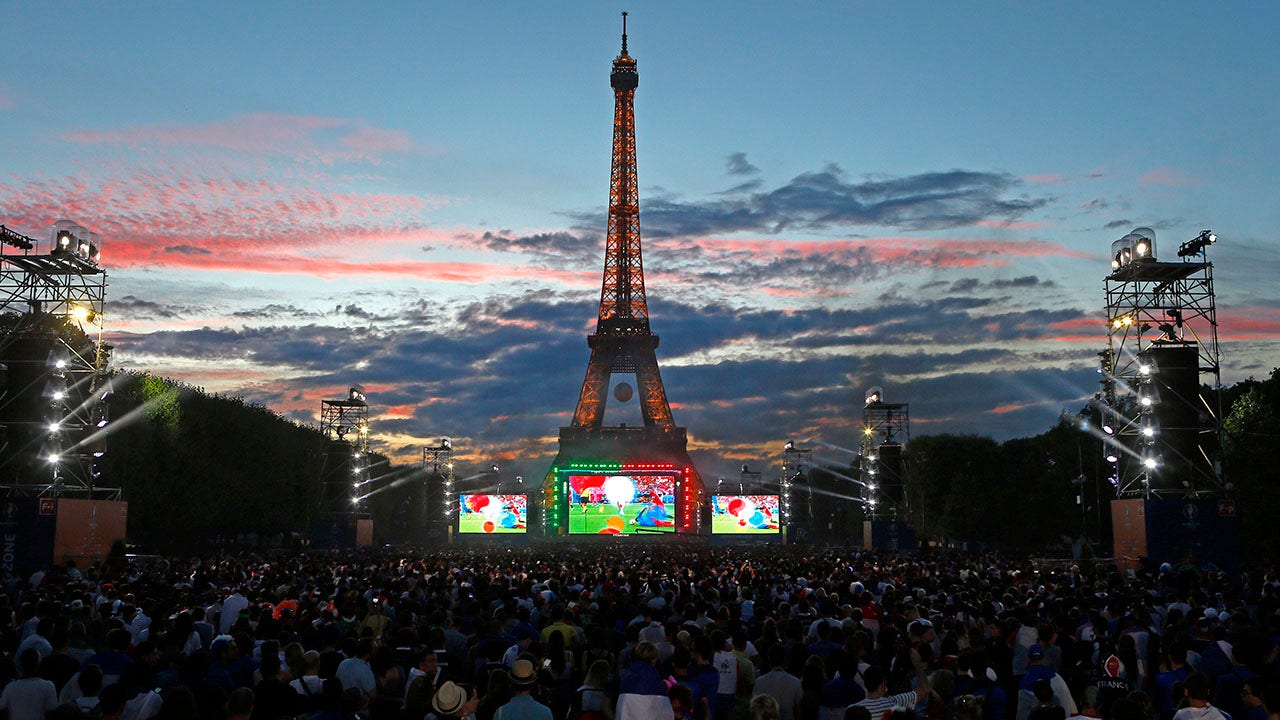 With the World Cup 2022 in Qatar With just under 50 days to go, protests around the host nation’s human rights record and environmental impact continue to mount with several French cities recently announcing they will not broadcast games on big screens in public or organize fan zones.

Paris deputy mayor in charge of sports, Pierre Rabadan, told reporters that the French capital will not participate in the tradition of creating outdoor viewing screens and gathering places due to “the conditions of the organization of this World Cup, both at an environmental and social level.

People gather around the official countdown clock showing the time remaining until the start of the 2022 World Cup, in Doha, Qatar, on Thursday, November 25, 2021. Fans going to the World Cup in Qatar must show a negative COVID-19 test when they arrive as part of the host nation’s rules to combat COVID-19, organizers said on Thursday, September 29, 2022.
(AP Photo/Darko Bandic, File)

“It is impossible for us to ignore the many warnings of abuse and exploitation of migrant workers by non-governmental organizations,” Jeanne Barseghian, the mayor of Strasbourg, said in a statement. “We cannot condone these abuses, we cannot turn a blind eye when human rights are violated.”

The supplier of the kit for the danish national soccer team He recently announced on social media that while he won’t be boycotting the World Cup, he plans to make a statement with “toned down” jerseys.

The Denmark team celebrates victory with the fans after the UEFA Nations League Group 1 match between Denmark and France at Parken Stadium on September 25, 2022 in Copenhagen, Denmark.
(Jean Catuffe/Getty Images)

“We don’t want to be visible during a tournament that has cost thousands of people their lives,” Hummel, a Danish sportswear brand, said in an Instagram post. “We support the Danish national team at all times, but that is not the same as supporting Qatar as the host nation. We believe that sport should bring people together. And when it doesn’t, we want to make a statement.”

Supporters watch on giant screens the final Euro 2016 soccer match between Portugal and France at the fan zone in Paris, France, Sunday, July 10, 2016. Paris decided not to show the World Cup matches in Qatar on giant screens in the fan zones amid concerns about violations of migrant workers’ rights and the tournament’s environmental impact that have prompted other French cities to make the same decision.
(AP Photo/Francois Mori, File)

Qatar has denied allegations of human rights abuses against its 30,000 workers who built the World Cup infrastructure. The government also said it is aware of environmental concerns and has pledged to offset some of the carbon emissions from World Cup events by creating new green spaces irrigated with recycled water and building alternative energy projects. .