HomeSportsUS Ambassador to the UN visits Fox Sports in Qatar for the...
Sports 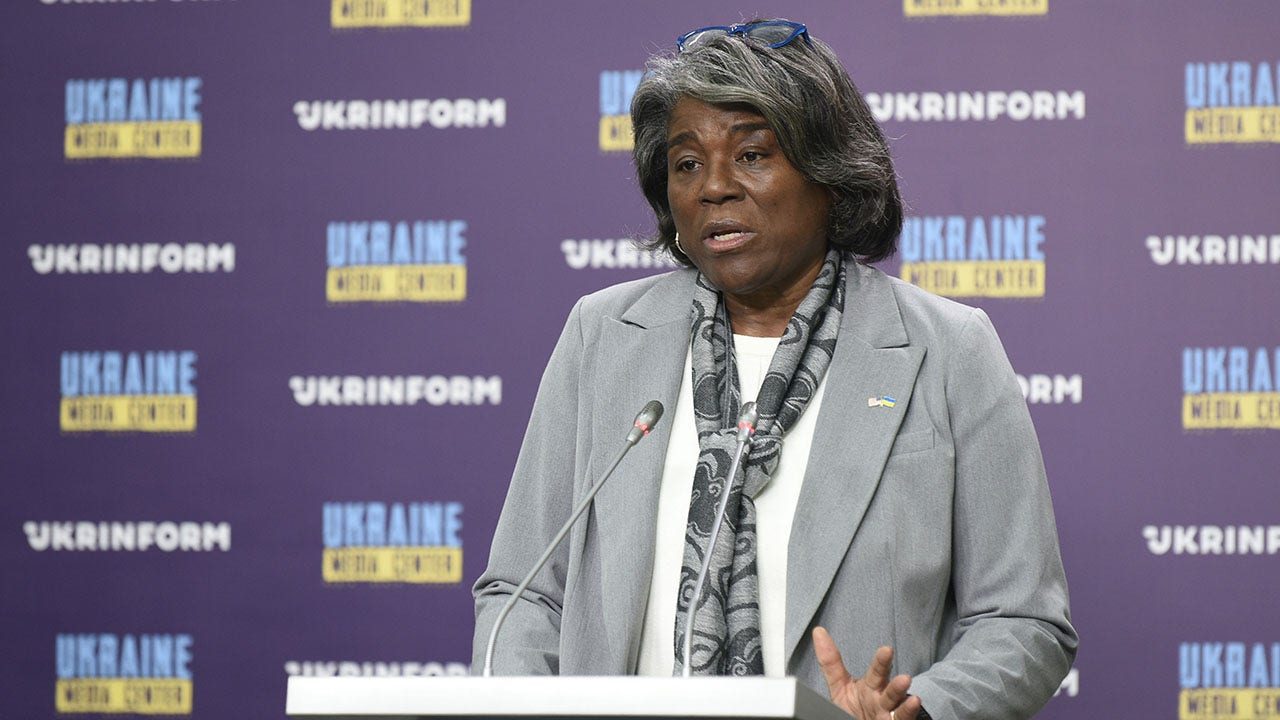 Linda Thomas-Greenfield, United States Ambassador to the United Nations, visited the Fox Sports studio in Doha, Qatar, as she prepares to attend the closing ceremonies of the FIFA World Cup 2022

The closing ceremony of the 2022 World Cup will take place prior to the start of the final between Argentina and France.

“The final ceremony will last 15 minutes and will refer to the world coming together during the 29 days of the tournament through poetry and music,” FIFA said.

It will conclude the first World Cup in the Middle East which saw the first African country reach the semi-final stage.

Morocco, competing in their sixth World Cup, shockingly placed first in Group F and defeated Spain and Portugal en route to the semifinal.

The representative of the United States of America to the United Nations, Ambassador Linda Thomas-Greenfield, holds a briefing at the Ukrainian National News Agency Ukrinform, Kyiv, the capital of Ukraine.
(Ruslan Kaniuka/Ukrinform/Future Publishing via Getty Images)

After losing to France, Morocco ended their incredible World Cup run on Saturday with a loss to Croatia in the third-place match.

All eyes now turn to Sunday’s final, as Lionel Messi and Argentina is looking to win its first World Cup since 1986.

France has a opportunity in history as they try to become the first back-to-back World Cup winners since Brazil won back-to-back titles in 1958 and 1962.

Argentina’s number 10 striker Lionel Messi laughs during a training session at Qatar University Training Site 3 in Doha on December 17, 2022, on the eve of the final match of the FIFA World Cup. Qatar 2022 between Argentina and France.
(Frank Fife/AFP via Getty Images)

The World Cup will then head to North America in 2026 as Canada, Mexico and the United States will host it.

Eleven US cities will host games in 2026, including Los Angeles, Atlanta, New York/New Jersey and Boston.