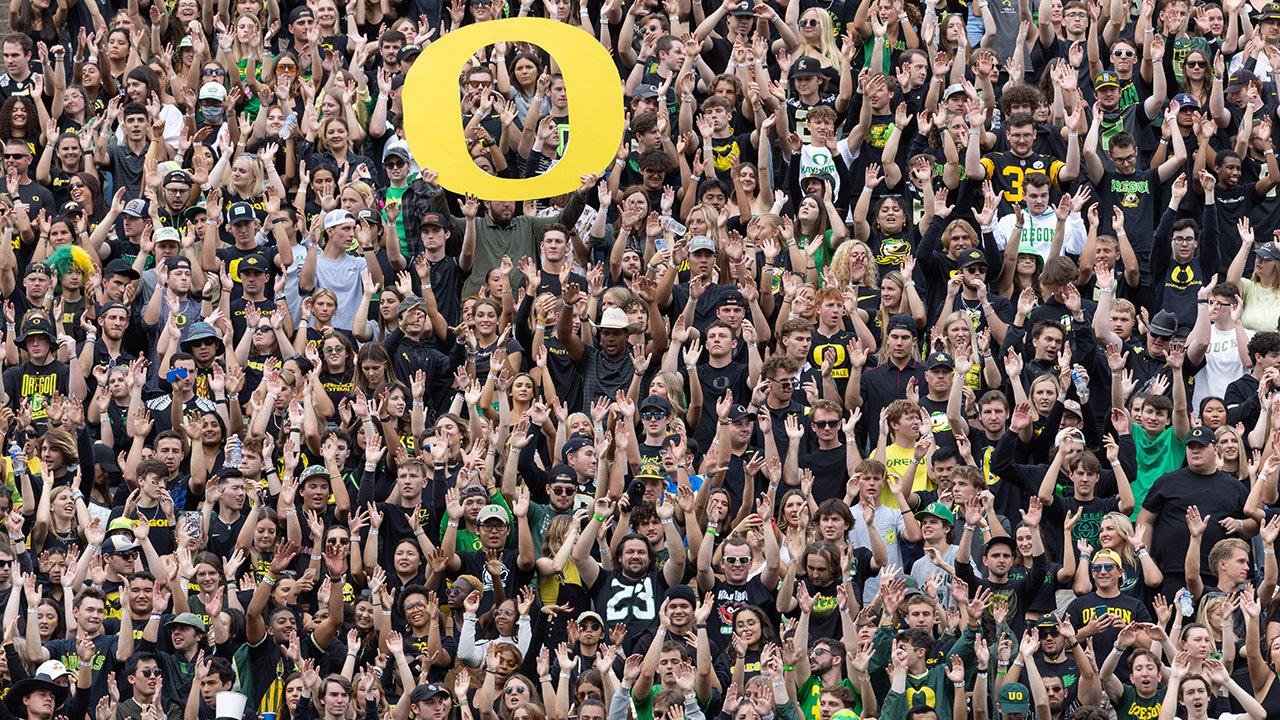 An Oregon high school football recruit who was at the game between the Ducks and BYU when fans in the student section erupted in chants of “fuck the Mormons” left the game at halftime.

TC Manumaleuna, a North Salem Class of 2024 prospect who is Polynesian and a member of the Church of Jesus Christ of Latter-day Saints, told the Statesman Journal on Sunday that he felt uncomfortable during the incident.

The line of scrimmage between the Oregon Ducks and the Brigham Young Cougars at Autzen Stadium on September 17, 2022 in Eugene, Oregon.
(Tom Hauck/Getty Images)

“I definitely felt uncomfortable because I was with my parents and sisters,” Manumaleuna told the newspaper. “You don’t know what to say or how you feel about it at the time. We left at halftime. My dad said, ‘Let’s get out of here.'”

Manumaleuna has been recruited by Florida State, Louisville and Miami, Florida, in addition to Oregon. According to the daily statesman, he received an offer from the Ducks while he was still in high school.

But he said the incident doesn’t change his mind about the school.

“To be honest, I felt like people saying ‘F the Mormons’ were dumb, but I didn’t associate it with the Oregon Ducks or the school,” he said. “I’ve always been a fan of Oregon, but this is the first time I’ve seen something like this.”

He said Oregon is still on his list of potential schools he would play for in 2024, adding that members of the Ducks’ coaching staff have spoken with him and his family about the incident.

Utah Governor Spencer Cox was among those who criticized Oregon fans for the chant.

Oregon would apologize for the incident.

“The University of Oregon sincerely apologizes for an offensive and embarrassing chant coming from the student section during yesterday’s game against Brigham Young University,” the school said in a tweet.

“These types of actions go against everything the university stands for and goes against the spirit of competition. We can and will do better as a university community that has no room for hate, bias or bigotry.”