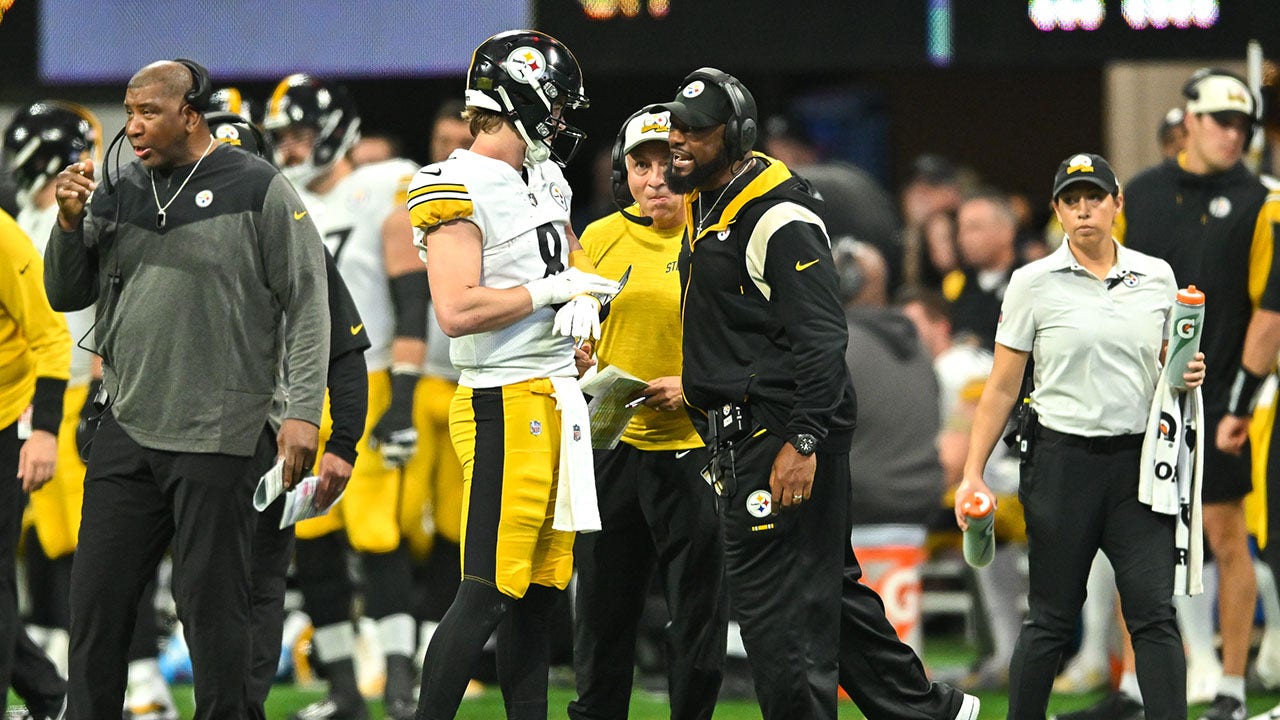 Steelers rookie Kenny Pickett is in concussion protocol after sustaining a head injury during a Week 14 game.

Pickett is now in concussion protocol for the second time this season. On Tuesday, Steelers head coach Mike Tomlin shed some light on how Pickett’s injury developed and how the quarterback ended up back on the field.

“After the first series, he was evaluated by medical experts. He was cleared to continue. Even though we approve someone to continue, often they are evaluated continuously,” Tomlin told reporters during his availability to the media.

ATLANTA, GA DECEMBER 04: Pittsburgh head coach Mike Tomlin talks with quarterback Kenny Pickett (8) during the NFL game between the Pittsburgh Steelers and the Atlanta Falcons on December 4, 2022 at the Mercedes-Benz Stadium in Atlanta, GA.
(Photo by Rich von Biberstein/Icon Sportswire via Getty Images)

Pickett appeared to suffer the injury when Baltimore Ravens linebacker Roquan Smith tackled him to the ground in the first quarter. He briefly sat on the ground before offensive guard James Daniels helped him up.

He left the game briefly before returning for three more plays. Pickett was later removed from the game and ruled out with a head injury. Mitchell Trubisky replaced Pickett under center for the rest of the day.

JK DOBBINS RUNS FOR OVER 100 YARDS WITH TD, RAVENS SKIRT OF RIVAL STEELERS

Kenny Pickett was released from concussion protocol Sunday after his head hit the ground on a sack, and the rookie quarterback returned for three plays before being ruled out with a head injury.

After the game, Tomlin was asked if Pickett would return to the game only to leave just a few plays later.

“When he became symptomatic, he was taken out of the game and evaluated for a concussion,” coach Mike Tomlin said. “I don’t know about the sequence or the details regarding the sequence.”

The NFL and NFL Players Association revised the protocol language earlier this season after Miami Dolphins quarterback Tua Tagovailoa was allowed to return after experiencing stability issues when hit by a Buffalo Bills player in September.

Pittsburgh Steelers quarterback Kenny Pickett (8) is tackled by Baltimore Ravens linebacker Roquan Smith (18) during the first half of an NFL football game in Pittsburgh, on Sunday December 11, 2022.
(AP Photo/Fred Vuich)

When asked if he thought the protocol should be modified in light of Pickett’s late-onset symptoms, Tomlin replied “not at all.”

“When experts evaluate someone on the protocol, they are cleared to participate or not,” Tomlin said. “Even when they are (cleared), which (Pickett) was, they watched him continuously. As they continued to watch him, they decided to take him out and that’s the reality.”

49ERS’ DEEBO SAMUEL GETS TIMELINE FOR COMEBACK AFTER INJURIES

Pickett didn’t appear to have any mobility issues as he walked away, but he was taken to the blue medical tent for evaluation.

Pittsburgh Steelers quarterback Kenny Pickett (8) slips out of the hands of Baltimore Ravens linebacker Patrick Queen (6) during the first half of an NFL football game in Pittsburgh , on Sunday, December 11, 2022.
(AP Photo/Fred Vuich)

“The last time (Pickett) suffered a concussion he was on protocol but was allowed to work. We’ll see what this procedure looks like. His ability to work many times will determine whether or not he gets a chance to do it. I’ll take it day by day.” .

The Steelers’ longtime coach didn’t say who would start if Pickett is ultimately left out of the team’s Week 15 matchup against the Carolina Panthers.

Tomlin said the team would “work with both guys” if Pickett can’t go and called them both “capable” of running the offense. Tomlin also mentioned that he’s “not even looking to the end of the week” when it comes to who would start.

Pickett sat out the second half of a win over the Buccaneers on October 16 after being placed in concussion protocol. He starts the game in the following week.