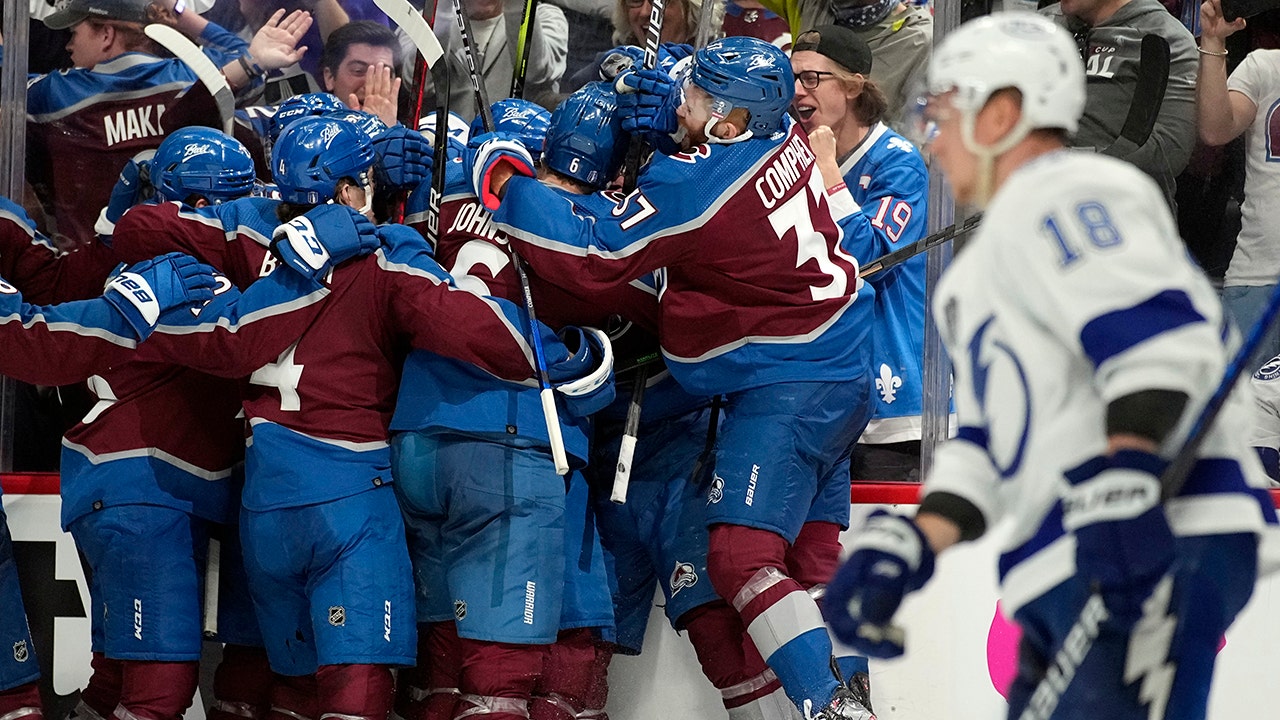 It was his second goal of the postseason and gave Colorado a 1-0 series lead.

Colorado and Tampa Bay treated fans at Denver’s Ball Arena to an exciting game opener of the series.

The Colorado Avalanche celebrate after an Andre Burakovsky goal in overtime in Game 1 of the NHL hockey Stanley Cup Final against the Tampa Bay Lightning on Wednesday, June 15, 2022, in Denver.
(AP Photo/John Locher)

Avalanche jumped out to a 3-1 lead in the first period, starting with a Gabriel Landeskog goal and less than two minutes later Valeri Nichushkin got another on the board. It appeared that Colorado had caught Vasilevskiy off guard to start the game.

Lightning winger Nick Paul would cut the lead in half at the 12:26 mark with his fourth goal of the postseason. His score came with assists from Victor Hedman and Brayden Point. But it wouldn’t be long before Colorado retrieved one. It would be the work of Artturi Lehkonen, and it gave the Avalanche a 3-1 lead before intermission.

Tampa Bay would come back in a big way in the second period.

Ondrej Palat scored his ninth goal of the postseason at 12:51 and Mikhail Sergachev would equalize by beating Avalanche goalie Darcy Kuemper to tie the game.

Both teams would go scoreless in the third period, leading to Burakovsky’s winning goal in extra session off a missed shot from JT Compher and a pass from Valeri Nichushkin.

The last time the Avalanche were in the Stanley Cup Final was in 2001 and they also defeated the New Jersey Devils in Game 1. It’s going to be a bit more of a challenge because the Lightning are coming into the series as the two-time defending champions. of the Stanley Cup.

Tampa Bay lost its first two games of the Eastern Conference Finals on the road before rallying to win.

The second game is scheduled for Saturday at 8 pm ET.