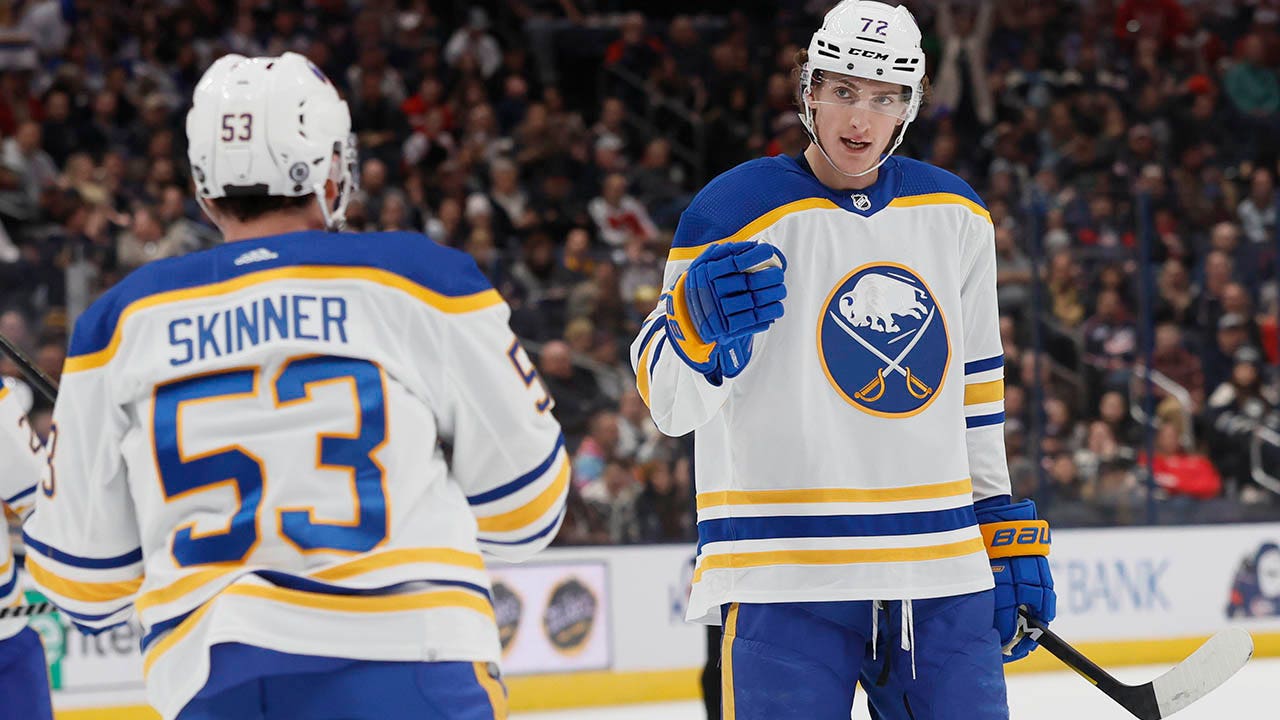 Buffalo Sabers center Tage Thompson has become one of the top stars in the NHL this season, and his performance on Wednesday night against the Columbus Blue Jackets underscored that notion.

Thompson scored five goals in the Sabers’ 9–4 win over the Blue Jackets, including four in the first period alone. He is the second American-born player to score five goals in one match.

He is the fourth player in NHL history to record four goals in the first period of a regular season game, joining Peter Bondra, Grant Mulvey and Joe Malone. He is also the fourth active player to score five goals in one match, joining Timo Meier, Mika Zibanejad and Patrik Laine.

“It’s definitely a rewarding feeling,” Thompson said after the game. “You’ve spent many years working to get to this point and to be rewarded for it is a very good feeling, and leaves you hungrier.”

“That was an incredible performance from Tage, and the whole group really set the table,” Buffalo coach Dan Granato said. “I thought the energy, the collective effort, the focus to start was really good and allowed that to happen.”

It was the third hat trick of Thompson’s career and the second of the season.