HomeSportsRams players get into a heated altercation on the bench during a...
Sports 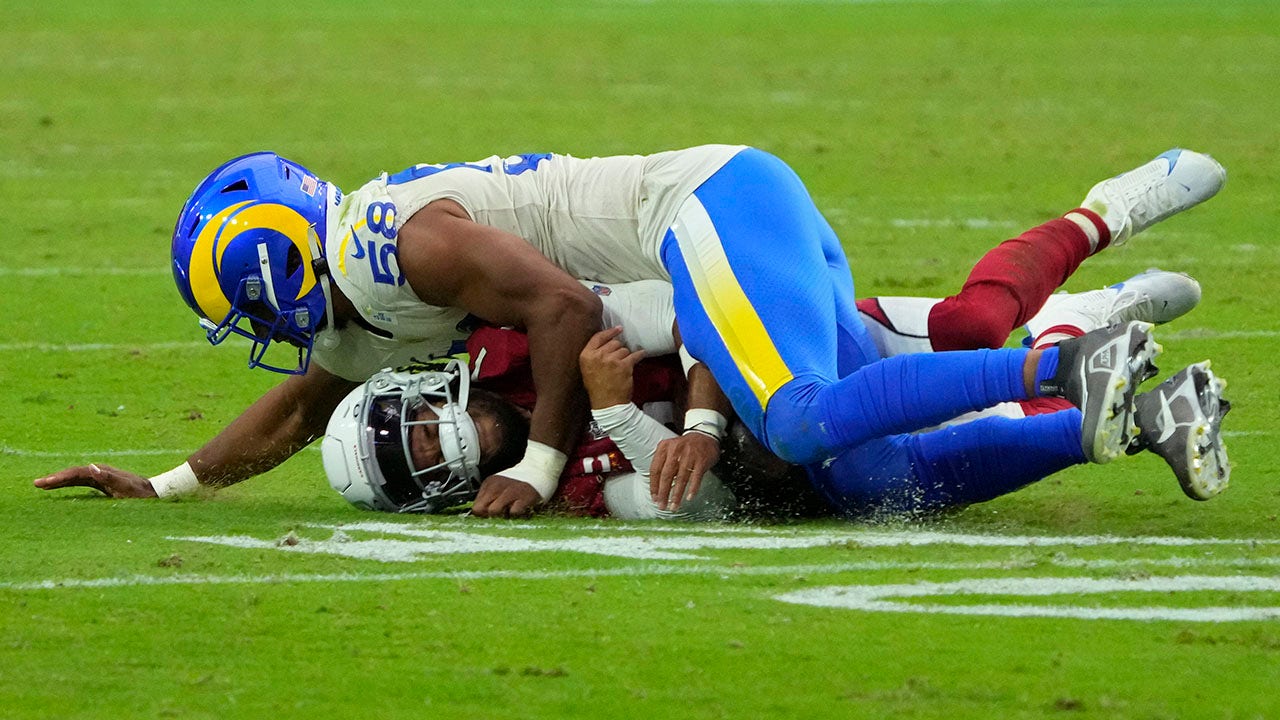 A frustrating night for the Los Angeles Rams defense against the San Francisco 49ers seemed to reach a boiling point on the sidelines Monday night.

Los Angeles defensive end Takkarist McKinley and linebacker Justin Hollins had to be separated by teammates and coaches on their own sideline early in the fourth quarter. San Francisco had a 17-9 lead at the time.

McKinley and Hollins had to be pushed to opposite sides of their bench. Ernest Jones and Jonah Williams were seen talking to McKinley after he finished the ordeal while Hollins was talking to fellow kicker coach Matt Gay. It was not clear what exactly caused the incident.

McKinley was involved in an incident with a protester early in the game. He was seen with Bobby Wagner knocking the man to the ground at Levi’s Stadium.

With about 8:38 left in the game, the 49ers had received big plays from Jimmy Garoppolo and Deebo Samuel. The two connected on a 57-yard touchdown pass early in the game. The quarterback was 16-of-27 for 239 passing yards and Samuel had six receptions for 115 yards.

The Rams were hoping to move to 3-1 on the season, while San Francisco was looking to get to 2-2.