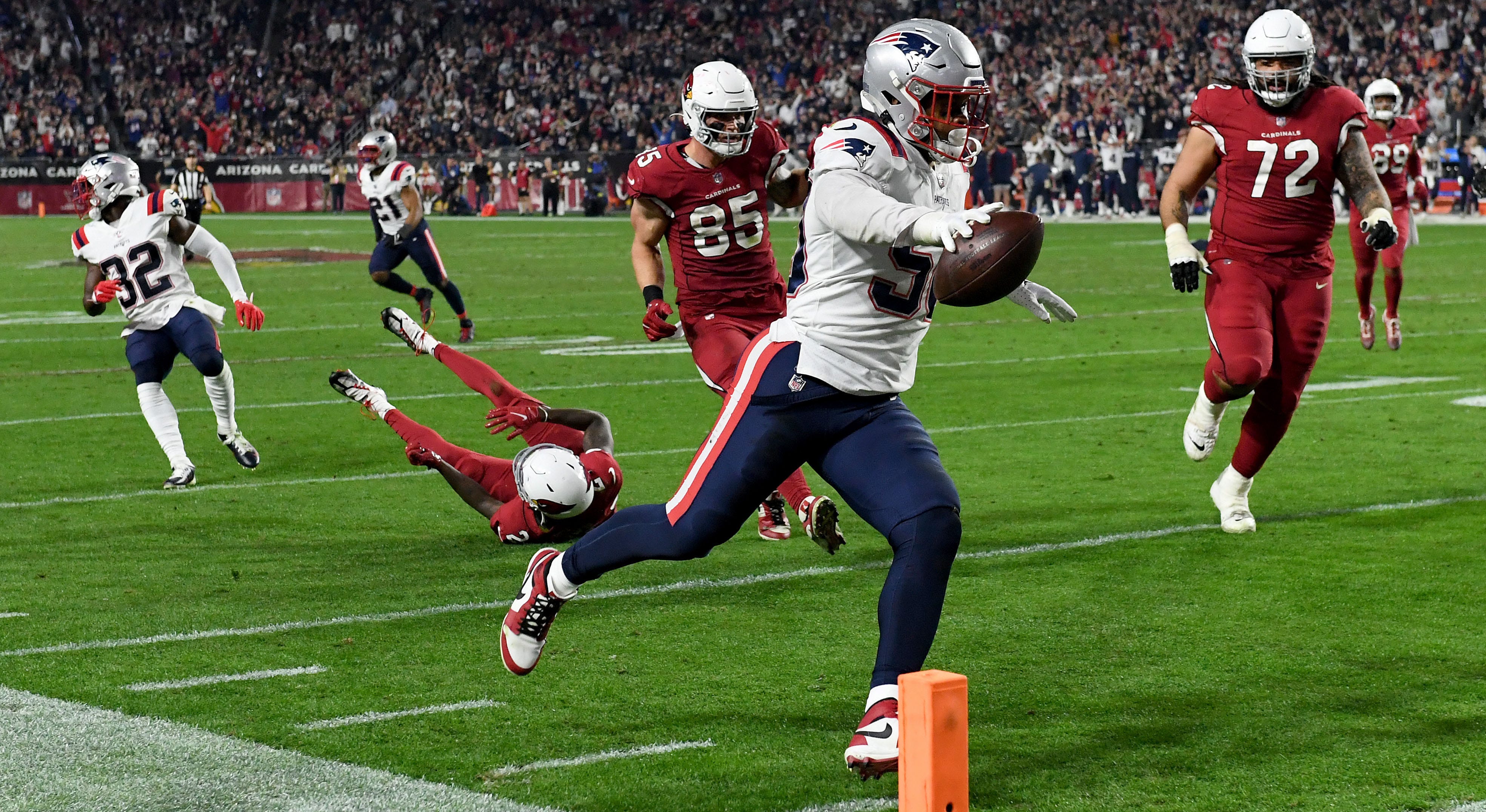 The Arizona Cardinals came into this contest against the New England Patriots with what likely lost playoff hopes.

Now they probably lost their quarterback for the rest of the season.

On just the third play of a 27-13 loss to the Patriots on Monday night, Cardinals quarterback Kyler Murray tried to make a cut but immediately fell to the turf and moved in considerable pain. . ESPN reported that Murray likely tore his ACL, though more tests on Tuesday will confirm that diagnosis.

Kyler Murray #1 of the Arizona Cardinals is carried off the field after being injured against the New England Patriots during the first quarter of the game at State Farm Stadium on December 12, 2022 in Glendale, Arizona.
(Norma Hall/Getty Images)

As head coach Kliff Kingsbury thinks about his quarterback’s future, and possibly his own, as Arizona underperformed this season with Murray 3-7 in his starts going into Monday night, Colt McCoy had to take over the quarterback job.

But his efforts weren’t enough in his third appearance this season.

On the other hand, Mac Jones’ night didn’t start the way he wanted for the Patriots. They punted after four plays on their opening drive, and then Isaiah Simmons intercepted Jones, setting up an Arizona field goal for the game’s first points in the second quarter.

KYLER MURRAY OF CARDENALS OFF THE FIELD VS. PATRIOTS WITH NON-CONTACT INJURIES

Then it was time for Jones to settle in. And he did it without his two best wide receivers and two best running backs. Jakobi Meyers and Damian Harris didn’t suit up for New England, while DeVante Parker and Rhamondre Stevenson suffered injuries early in the game, sidelining them for the rest of the way.

Injuries are never fun, but they do make some players make the most of an opportunity, like rookie running back Kevin Harris, who scored a 14-yard touchdown run for the first time in his career to put the Patriots up 7-3 in the second quarter. .

McCoy, however, would also settle in and lead the Cardinals to 10 straight points, with James Conner busting in the end zone on a 10-yard run to go up 13-7. New England would get a little closer on a Nick Folk field goal to end the first half.

When both teams took the field in the second half, the wheels fell off the home team.

Mac Jones #10 of the New England Patriots looks to the sideline against the Arizona Cardinals during the first half at State Farm Stadium on December 12, 2022 in Glendale, Arizona.
(Cooper Neill/Getty Images)

Arizona began to get hurt, leading to 20 straight points for the Patriots who took advantage of turnovers. With the score tied at 13 apiece, the Cardinals looked to drive and regain the lead.

Instead, DeAndre Hopkins, who is normally one of the most reliable receivers in the game, had the ball knocked out of his hands on a cross route and picked up by Raekwon McMillan, who ran 23 yards in the opposite direction for a Patriots run. landing.

CARDINALS’ JJ WATT HAS SOME CHIPOTLE BEEF: ‘WE WANT BIG BURRITOS BACK’

Then on the next drive, Josh Uche hit McCoy as he was trying to throw Hopkins down the left side, and it looked like there was a chance he would score. Instead, rookie cornerback Marcus Jones, who was filling in for the injured Jack Jones in this game, recorded his first career interception.

Five plays later, another rookie running back, Pierre Strong Jr., scored his first career touchdown on a three-yard dash to the end zone.

Self-inflicted injuries have been the story of the Cardinals all season in their tough losses. And no matter how many times Kingsbury does it on fourth down to give his team a chance to rectify it (the Cardinals turned around four times in this contest), the result isn’t what he wants to see on the scoreboard.

Colt McCoy #12 of the Arizona Cardinals drops back to pass against the New England Patriots during the first half at State Farm Stadium on December 12, 2022 in Glendale, Arizona.
(Cooper Neill/Getty Images)

The Patriots needed the score to read a win to stay in the AFC playoff picture. They are now the seventh seed in the AFC as they own the head-to-head over the New York Jets 7-6, and a better divisional record than the Los Angeles Chargers at 7-6.

Jones finished the game 24 of 35 for 235 yards with no passing touchdowns and his only interception. Strong Jr. led the way on the ground with 70 yards on five carries, his longest at 44 yards, while Kevin Harris had 26 yards on eight carries.

Raekwon McMillan #50 of the New England Patriots recovers a fumble for a 23-yard touchdown run against the Arizona Cardinals during the third quarter of the game at State Farm Stadium on December 12, 2022 in Glendale, Arizona.
(Norma Hall/Getty Images)

The Patriots will remain in the West next week, taking on the Las Vegas Raiders. The Cardinals will head to Denver to face Russell Wilson and the Broncos.