HomeSportsPackers hold on by a thread to beat Bucs in potential Tom...
Sports 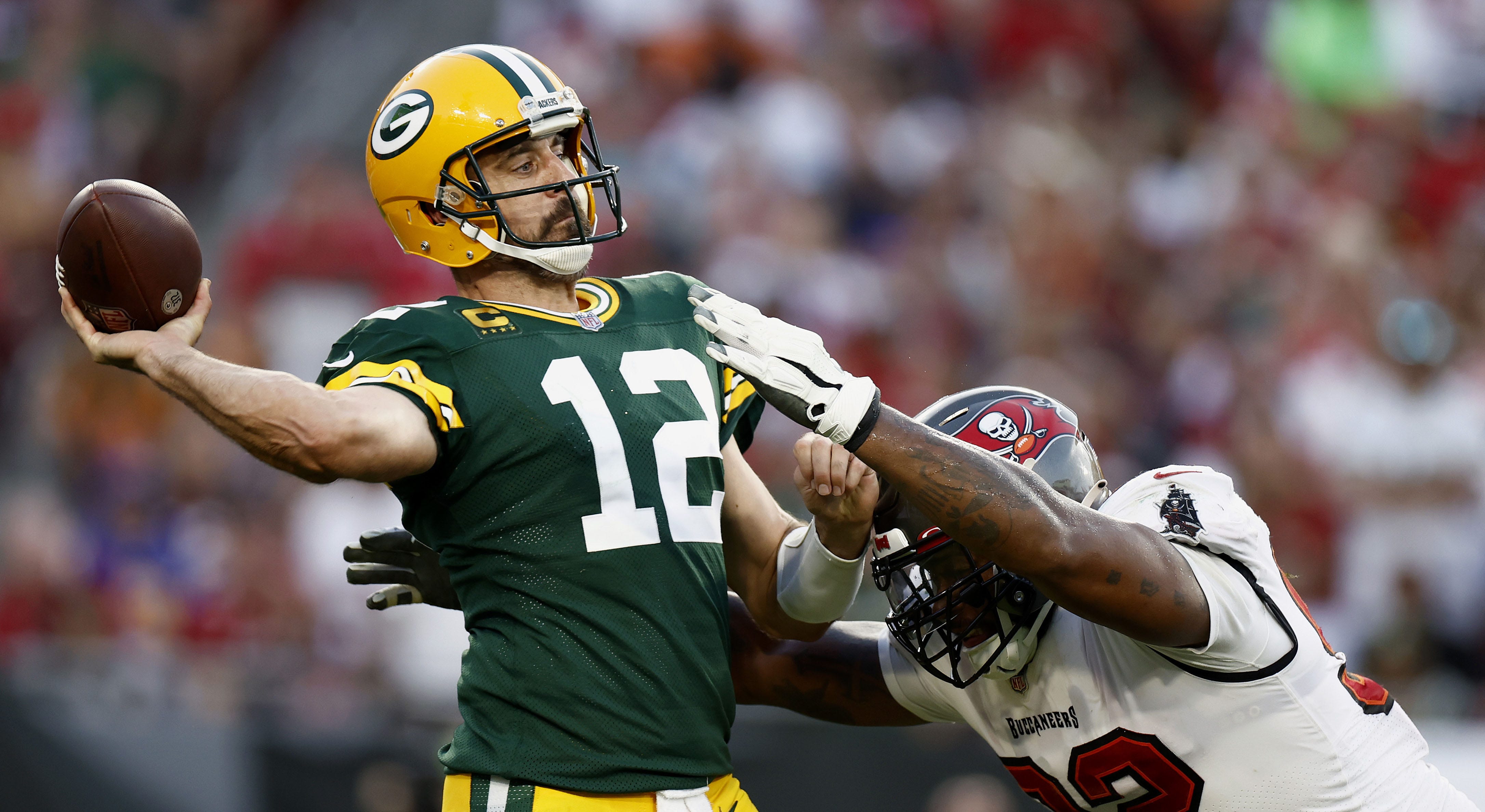 The battle between two legendary quarterbacks went in favor of Aaron Rodgers and the Green Bay Packers, who defeated Tom Brady’s Tampa Bay Buccaneers, 14-12, on Sunday.

The game came down to a two-point conversion for the Bucs, who had just scored a touchdown through Russell Gage Jr. With only 12 seconds left, the conversion would have sent the game into overtime (unless the Packers they might have pulled off something crazy on the ensuing kickoff), but the Bucs couldn’t convert when Brady’s pass hit the turf.

However, Brady’s attempt came after a delay-of-game penalty moved the Bucs back five yards. Just after the play clock hit zero, Brady fired the ball and it looked like running back Leonard Fournette was about to come in for the tie.

Tom Brady of the Tampa Bay Buccaneers throws a pass against the Green Bay Packers during the fourth quarter at Raymond James Stadium in Tampa, Florida on September 25, 2022.
(Douglas P. DeFelice/Getty Images)

Instead, score this win for Rodgers, who really got the offense going in this road game.

Rodgers finished with 255 yards on 27-of-35 passing with two touchdowns and an interception to help his team earn its second straight win.

His favorite target on the day was rookie Romeo Doubs, who had the game’s first touchdown reception as well as 73 yards on eight receptions. Doubs caught a lot of short passes from Rodgers and used his speed to get more yards.

Rodgers would also find Allen Lazard to score in the first half when he finished with 45 yards on four catches.

The Packers’ offense was clean in the first half, but it wasn’t the same in the second half when Tampa Bay’s defense, the best unit in the league entering Week 3, stepped up. At one point, Rodgers went 0-for-8 on third downs until late in the fourth quarter when they finally got one.

But playing without top receivers Mike Evans, Chris Godwin and Julio Jones certainly influenced Brady’s offensive output. They went 2-for-11 on the night on third down, and it wasn’t until that last touchdown drive that Brady really got anything going.

Breshad Perriman and Gage had a fumble that ended two separate Bucs drives, and Brady struggled to fix the shortcomings. The defense kept the Bucs in the game, but in the end Brady couldn’t repay them for their efforts.

The 45-year-old future Hall of Famer had 271 yards on 31-for-42 passing with a touchdown pass. Gage was his favorite target, catching 12 passes for 87 yards.

Fournette had trouble getting it to work on the ground, rushing 12 times for just 35 yards. But he had five catches for 35 yards, some of which came on the final drive to help set up the touchdown.

Aaron Rodgers of the Green Bay Packers throws a pass against the Tampa Bay Buccaneers during the fourth quarter at Raymond James Stadium in Tampa, Florida on September 25, 2022.
(Douglas P. DeFelice/Getty Images)

This matchup could also be the last between Brady and Rodgers, as the former is reportedly set to retire at the end of the season. The only way that won’t be is if these two teams meet in the playoffs.

The Packers will look to extend their winning streak to three games at home against the New England Patriots next week, while Tampa has a tough task with the Kansas City Chiefs on home turf for Sunday Night Football.