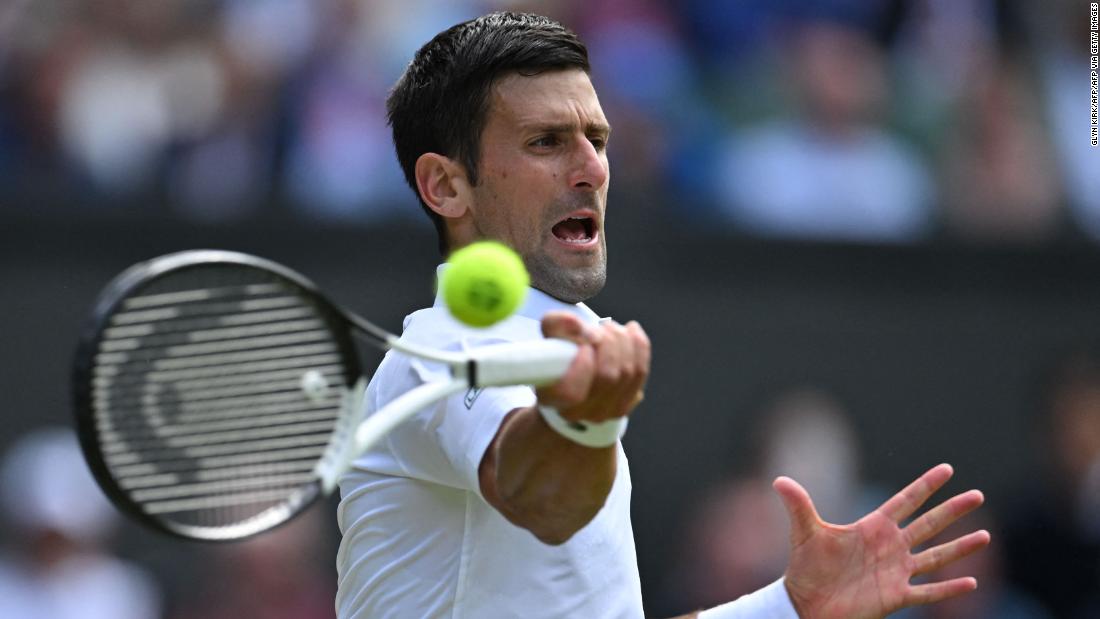 “Honestly, I think I’ve been playing better and better as the tournament goes on, which is something you always want,” Djokovic said in his on-court post-match interview.

“You want to raise the level of tennis a little bit more every match, so that’s what’s happening.

“I know I can always do better and I always expect the best of myself, but so far so good and I’m looking forward to the next round.”

The top seed made it through the first set in just 24 minutes as he continues his quest to win a fourth consecutive Wimbledon title.

It wasn’t until the second game of the second set that Kecmanović, number 30 in the world, got on the scoreboard. At one point, that set was tied at 3-3, but Djokovic walked away with a break at 4-3.

In the final set, Djokovic broke twice before Kecmanović responded with a break of his own, the first of the match.

However, it turned out to be too little too late, and the 20-time Grand Slam champion claimed the resounding victory in two hours, much to the delight of the crowd.

“I don’t take your presence for granted, so thank you for coming out and supporting tennis and both players, we appreciate it,” he said, heading to center court.

Djokovic will face Dutchman Tim van Rijthoven in the fourth round. The World No. 104, a wild card in the Wimbledon draw, has rocketed up the rankings in recent weeks before making his first Grand Slam appearance.