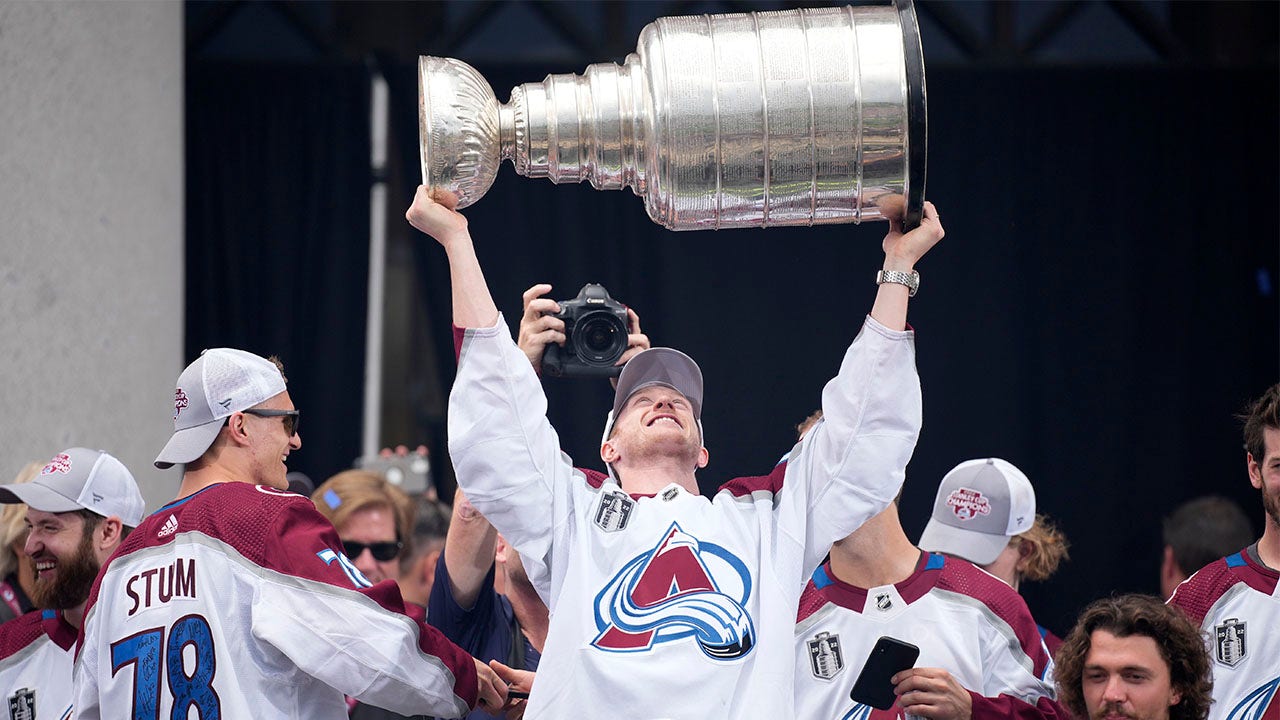 Colorado Avalanche defenseman Josh Manson raises the Stanley Cup during a rally in front of the city/county building for the NHL hockey champions after a parade through the streets of downtown Denver, Thursday, June 30, 2022.
(AP Photo/David Zalubowski)

Manson received $18 million on a four-year deal that counts $4.5 million against the salary cap.

Acquiring the 6-foot-3, 218-pound defenseman at the deadline was one of several moves that helped Colorado win the Cup for the first time since 2001. He and the Avalanche had eight points to go along with some key hits in 20 games of playoffs.

Tampa Bay, which lost in the final after back-to-back Cup wins, signed Sergachev for $68 million, Cirelli for $50 million and Cernak for $41.6 million, all through 2031. General manager Julien BriseBois said they were his priority when he traded veteran Ryan McDonagh to Nashville earlier this month.

Tampa Bay Lightning center Anthony Cirelli (71) works the puck off the ice against the Colorado Avalanche during the second period of Game 5 of the NHL hockey Stanley Cup Final, Friday, June 24, 2022, in Denver.
(AP Photo/Jack Dempsey)

St. Louis, which won the Cup in 2019 and has renewed its blue line ever since, re-signed Leddy for $16 million over four years. The Blues got Leddy from Detroit at the deadline and plugged him into a unit that has gotten faster and more skilled since he won a championship three years ago.

The Blues signed Thomas, who just turned 23, to a $65 million contract extension that carries a salary cap of $8.125 million.

Along with Philippe Myers, Cole should help fill the void left by the McDonagh trade and the expected departure of Jan Rutta. The veteran left-handed defender won the Stanley Cup with Pittsburgh in 2016 and 2017 and played last year with the Carolina Hurricanes.

Namestnikov has bounced around the league with five different teams since his first season with Tampa Bay. He was with the Lightning when they reached the Cup final in 2015.