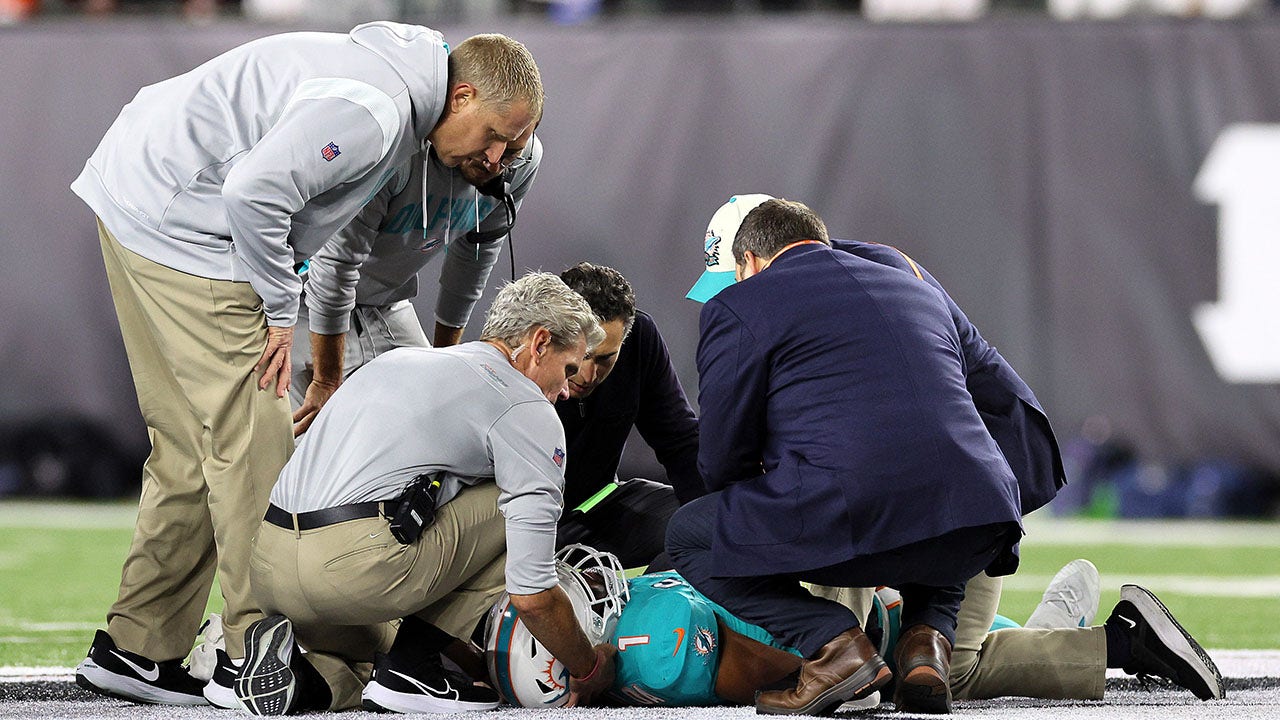 The NFL Players Association fired the neurotrauma consultant who checked Tua Tagovailoa for a concussion Sunday after he was found to have made “several errors” in his evaluation of the quarterback, according to multiple reports.

The Dolphins quarterback briefly left his Week 3 game against the Buffalo Bills after taking a hit and staggering on the turf.

Many believed Tagovailoa suffered a concussion on the play, but the team said he passed concussion protocol.

Tagovailoa said he hyperextended his back, which caused the fall.

However, the drop was enough for the NFLPA to investigate.

Before Thursday’s game, the league said it had “all indications” that the team followed protocol on Sunday.

Tagovailoa was the victim of another similar tackle Thursday night against the Cincinnati Bengals. This time, it was confirmed that he suffered head and neck injuries, as well as a concussion. His hands closed over the field and he was taken to a hospital. He was released shortly after and flew back to Miami with the team following the game.

Miami Dolphins quarterback Tua Tagovailoa is examined during the first half of the team’s game against the Cincinnati Bengals on Thursday, Sept. 29, 2022, in Cincinnati.
(AP Photo/Jeff Dean)

NFL Network reports that the Dolphins’ consultant and team doctor were interviewed on friday during the NFLPA investigation.

Thursday’s injuries sparked significant backlash, with many saying Tagovailoa should not have played and was in danger of serious injury.

The quarterback tweeted Friday that he was feeling “much better,” but the team said there is no timetable for his return.

Miami Dolphins quarterback Tua Tagovailoa is carried off the field on a stretcher during the first half of a game against the Cincinnati Bengals Thursday, Sept. 29, 2022, in Cincinnati.
(AP Photo/Joshua A. Bickel)

The NFL, the NFLPA and the Dolphins have not returned requests for comment on the consultant’s firing and the mistakes that were made.