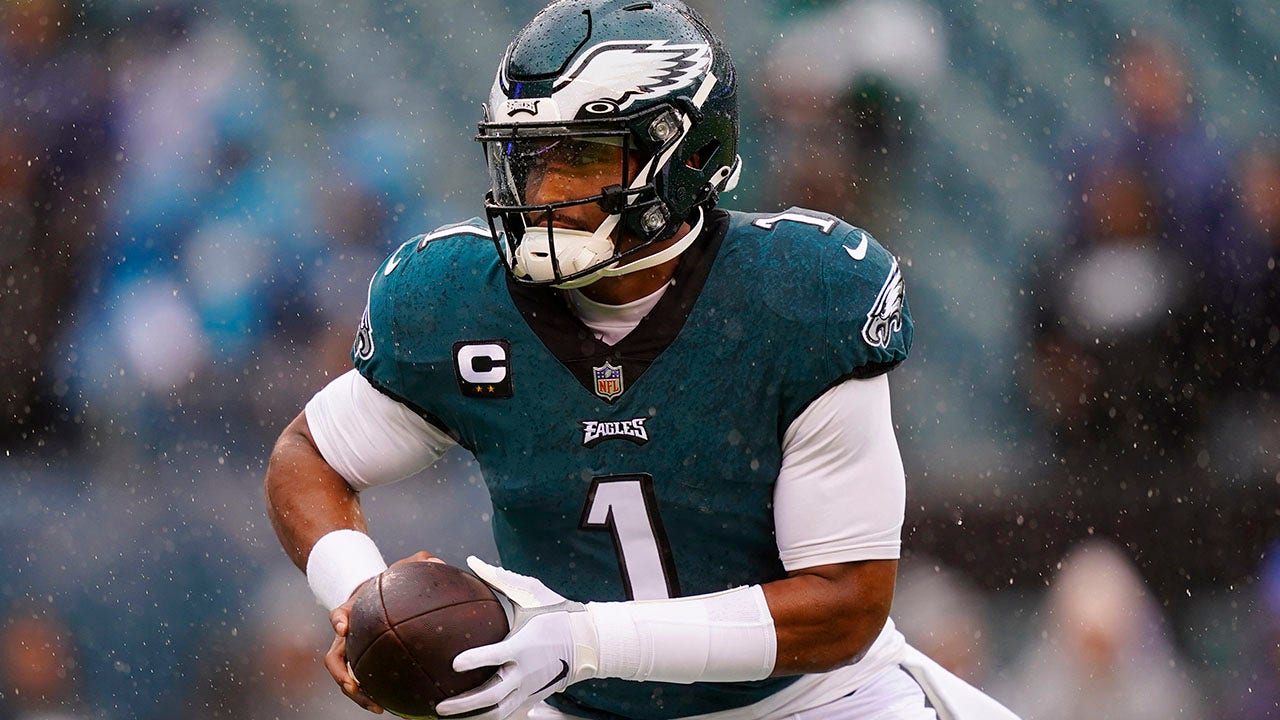 The first four weeks of the 2022 NFL season are in the books and nothing has been resolved yet.

The Philadelphia Eagles remained undefeated with a thrilling win against the Jacksonville Jaguars, while the Miami Dolphins took a huge hit with the loss of Tua Tagovailoa in a loss against the Cincinnati Bengals. The Eagles are the only undefeated team left in the NFL.

The Kansas City Chiefs and Buffalo Bills bounced back in a big way, while a swathe of 2-2 teams enter Week 5 with two directions to go: up or down.

Here are the latest NFL Power Rankings before Week 5

Jalen Hurts of the Philadelphia Eagles warms up before an NFL football game against the Jacksonville Jaguars on Sunday, Oct. 2, 2022, in Philadelphia.
(AP Photo/Matt Slocum)

The Philadelphia Eagles are still the best team in the NFL. As the only remaining undefeated team, the Eagles are second in yards per game and fourth in points scored. Jalen Hurts has the offense cooking, but he’ll have a tough matchup on the road Sunday at Arizona.

The Chiefs showed just how dangerous they can be in a convincing win over the injured Buccaneers. Patrick Mahomes showed that he still has to be taken seriously as one of the best quarterbacks in the NFL and he made a nice comeback after last week’s loss to the Colts.

Buffalo Bills quarterback Josh Allen, #17, passes against the Baltimore Ravens in the first half of an NFL football game Sunday, Oct. 2, 2022, in Baltimore.
(AP Photo/Julio Cortes)

The Bills may still be the favorites for the Super Bowl, but anyone who watched them in Sunday’s slump may have been a little concerned against the Ravens. Josh Allen was able to lead the charge and help Buffalo beat Baltimore by scoring 20 unanswered points. Buffalo may be hurt but it can’t be ruled out.

Tua Tagovailoa’s injury will certainly hamper the team’s progress. It took Teddy Bridgewater a while to adjust to the offense when he came on. Miami may have an easier time against the Jets than the Bengals, but the team may have to rely even more on defense depending on Tagovailoa’s availability going forward.

The Vikings achieved a victory in London against the Saints. Justin Jefferson reminded the NFL how dangerous it can be. He had 10 catches for 147 yards and a rushing touchdown. If Kirk Cousins ​​can find a steady rhythm with him for the rest of the year, watch out for the NFL.

The Packers could emerge as one of the best teams in football if the offense clicks. But they face the risk of their opponents making a name for themselves with big wins, and the Giants could be that team. After a close victory over the Patriots, Aaron Rodgers and Green Bay will have to get back on track with an overseas statement against the Giants.

San Francisco 49ers wide receiver Deebo Samuel, #19, celebrates after scoring against the Los Angeles Rams during the first half of an NFL football game in Santa Clara, Calif., on Monday, October 3 of 2022.
(AP Photo/Godofredo A. Vasquez)

The 49ers finished Monday night with a big win over the Rams and in first place in the NFC West. The team has a +25 point difference and has only allowed 46 points on defense. Does defense win championships? San Francisco certainly looks forward to it.

The defending Super Bowl champions have been dominant at times while stalling against good defenses. The Rams are one of a handful of teams 2-2 in four games with the Cowboys on the record.

The Buccaneers haven’t looked too good this season, either. Tom Brady is a bit banged up, as is the rest of the team. The team still has a +14 point difference and has an important NFC South game against the Falcons on Sunday.

Baltimore Ravens quarterback Lamar Jackson looks for a receiver in the first half of an NFL football game against the Buffalo Bills on Sunday, Oct. 2, 2022, in Baltimore.
(AP Photo/Nick Wass)

The Ravens have trouble shutting down teams. The team was scoreless in the second half against the Bills and those things will have to change in an already tight AFC North. Sunday’s game against the Bengals is going to be huge.