HomeSportsMyles Garrett is top of mind for Browns players as they prepare...
Sports 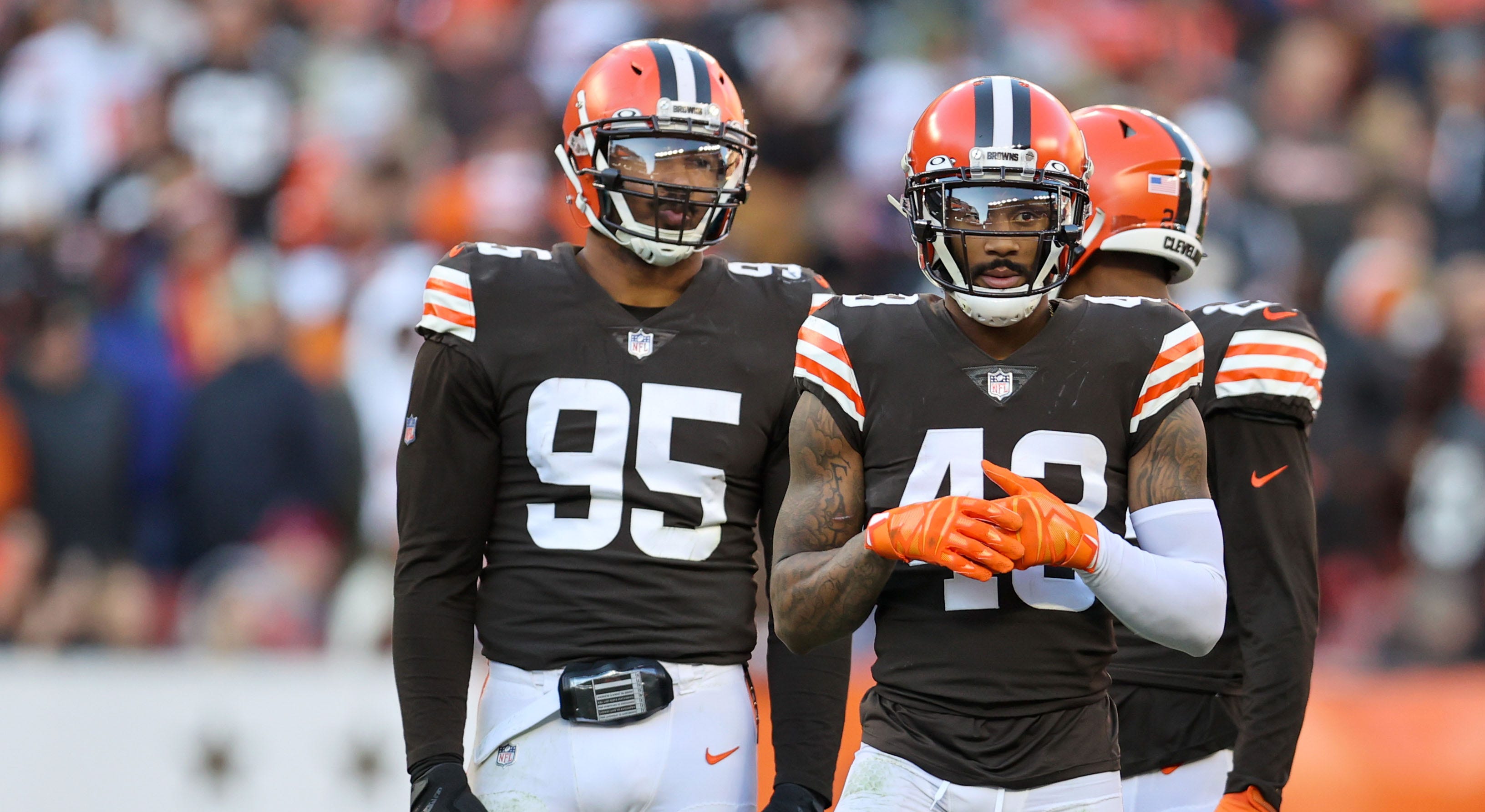 The Cleveland Browns are preparing for their Week 4 matchup with the Atlanta Falcons on Sunday, but it’s hard to ignore what’s most important to everyone in the organization.

Myles Garrett’s car accident Monday after leaving the team’s facility in Berea, Ohio, could have been much worse than it actually was. Garrett and a female passenger suffered non-life-threatening injuries, and he was released from the hospital Monday night, a huge sigh of relief for his teammates.

“At the end of the day, he’s fine and that’s all we care about,” running back Nick Chubb told reporters Wednesday.

Chubb said he was home when he heard the news about Garrett, and safety John Johnson III added that social media had told him what happened.

“I think I’m a little late. I’m glad he’s okay,” Johnson said. “I listened, and [when] something like that happens, it’s terrifying for anyone. I heard you had your seat belt on. I don’t know if that helped or not, but it was fine. I’m glad he’s okay.”

MYLES GARRETT TO RETURN TO BROWNS’ PRACTICE, COACH ‘NOT RULING ANYONE OUT’ YET BEFORE FALCONS GAME

Hearing that Garrett’s car flipped multiple times before stopping in the single-car crash, Johnson is shocked that he walked out with a shoulder strain, bicep strain and minor lacerations.

“I don’t know the health of who his passenger was, but yes, it’s crazy,” he admitted. “They said he flipped multiple times, so every time that happens, you have at least some kind of major injury. I’m glad he came out clean.”

Myles Garrett of the Cleveland Browns runs onto the field against the New York Jets at FirstEnergy Stadium on September 18, 2022 in Cleveland.
(Nick Cammett/Diamond Images via Getty Images)

Garrett is expected to return to the building Thursday, and the 2-1 Browns won’t write off their best defensive player just yet.

“I’m not ruling anyone out on Wednesday,” Stefanski said. “We’ll do what we always do, which is get information every day.

“I think you take everything into account,” Stefanski added when asked about the trauma that comes with a crash like this. “As we do with anything, it’s case by case.”

The crash is still under investigation, but the Ohio State Highway Patrol does not suspect drug or alcohol problems and said both Garrett and his passenger had their seat belts fastened.

Cleveland Browns defensive end Myles Garrett (95) and safety John Johnson are shown during the fourth quarter against the Baltimore Ravens at FirstEnergy Stadium in Cleveland on December 12, 2021.
(Frank Jansky/Icon Sportswire via Getty Images)

Garrett reportedly swerved to avoid an animal on a wet road.