HomeSportsMets in danger of losing NL East after second straight loss to...
Sports 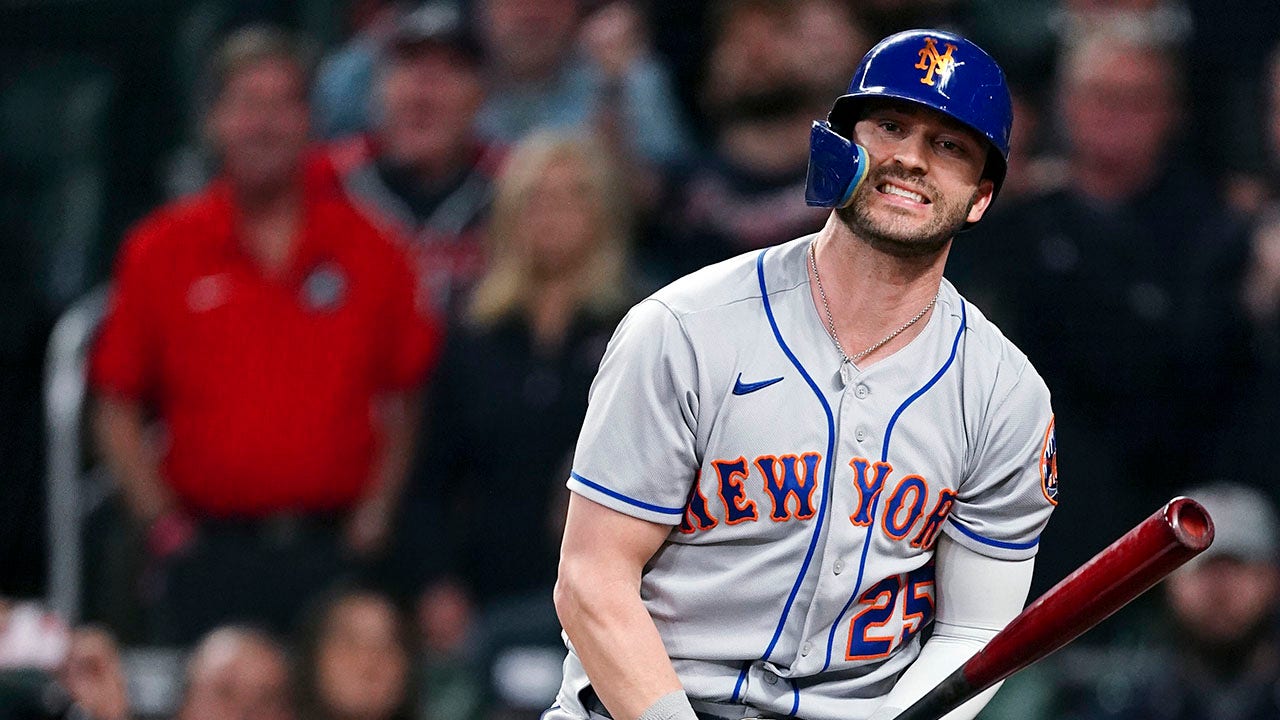 The New York Mets have already clinched their first postseason berth since 2016, but they want to avoid the NL Wild Card Series at all costs.

Unfortunately for them, they are not doing themselves many favors. After Saturday night’s 4-2 loss to the Atlanta Braves, the Mets now trail the defending World Series champions by one game in the NL East with four games to go.

The two teams conclude the series on Sunday, but the winner also secures the tiebreaker in the head-to-head season series. That is, if the Braves win on Sunday, their magic number to win the division is reduced to one. If the Mets win, New York’s magic number would be three, while Atlanta’s would be four.

At this point, the Mets still control their own destiny, but if they lose tomorrow, they will have to win, and the Braves will have to lose for the Mets to win the division.

New York Mets’ Tyler Naquin reacts after striking out with the bases loaded to end the team’s baseball game against the Atlanta Braves on Friday, Sept. 30, 2022, in Atlanta.
(AP Photo/John Bazemore)

The Mets led the division by 10.5 games on June 1. From that date through Sept. 2, the Mets went a staggering 53-31 … but the Braves went on an almost unheard of 60-24 record. When the Mets went on a six-game winning streak from September 15-20, so did the Braves, holding a one-game lead for New York.

The Mets had one of the easiest remaining schedules in the month of September, playing the Miami Marlins, Pittsburgh Pirates, Chicago Cubs and Washington Nationals. But in 18 games against those teams this month, they went 10-8 and 6-6 at Citi Field. A team that enters September with a .634 winning percentage just didn’t take advantage of that gift.

Dansby Swanson #7 and Ronald Acuña Jr. #13 of the Atlanta Braves celebrate their 4-2 victory over the New York Mets at Truist Park on October 1, 2022 in Atlanta, Georgia.
(Todd Kirkland/Getty Images)

In that span (before Saturday), their starters have a 3.35 ERA, the third-lowest mark in baseball. Your bullpen? Even better: 2.84, the second best. They also have the most runs scored in the league since June 1, are tied for the most home runs and have the second-highest OPS.

They haven’t had a sacrifice bunt all year either, take that, old-school baseball.

Jacob deGrom and Max Scherzer started on Friday and Saturday night, but neither was their classic version. DeGrom gave up at least three runs for his fourth straight start, which is not acceptable by his standards, before leaving Friday with a blister. Scherzer, who has made money all season and a real blocker, gave up four runs in 5 2/3 innings Saturday.

Simultaneously, the Mets’ bats have gone cold. They have scored just two runs in each game in what was their biggest series in years.

At 98-60, the Mets have their most wins in a season since winning 97 in 2006. It’s hard to say the regular season wasn’t a success no matter what happens down the stretch.

But they would likely have to get past the star-studded San Diego Padres just to face the Los Angeles Dodgers in the NLDS if they settle for the wild card. Winning the division would force them to avoid the 109-win Dodgers until the NL Championship Series.

What was once a dream setting for Met fans to be dying for is now suddenly bringing back all the bad memories.