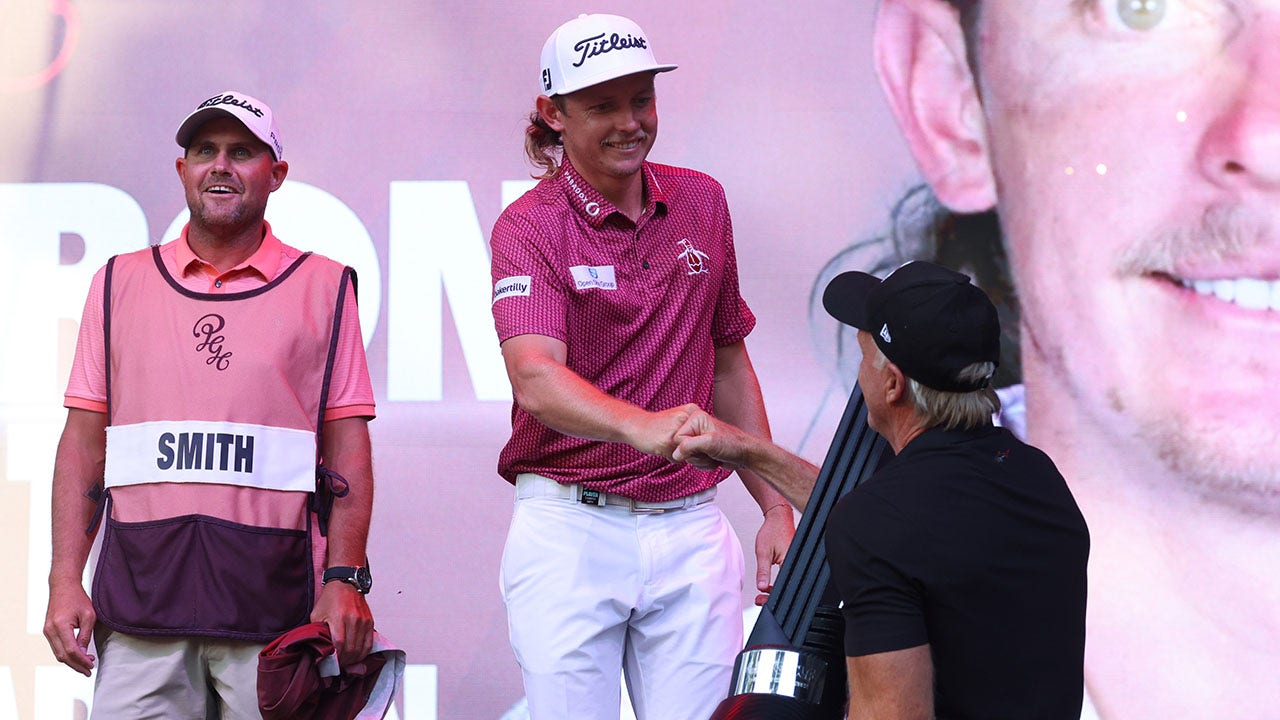 Last week, 50 golfers signed a letter to the president of the Official World Golf Ranking, requesting that their results be included in the ranking, retroactively, since the Saudi-backed rival circuit he first applied for that status on July 6.

“An OWGR without LIV would be incomplete and inaccurate, the equivalent of shutting the Big 10 or the SEC out of the US. college football standingsor leave Belgium, Argentina and England out of the FIFA ranking,” the letter said.

Those who applied to the organization included Bubba Watson, two-time Masters winner and 48 other golfers who participated in LIV Golf’s fifth tournament last weekend in Chicago.

According to Golf Channel, players stated that “the level of competition in the average LIV event is at least equal to that of the average PGA Tour event.”

LIV CEO and Commissioner Greg Norman high-fives fans as he walks to the first tee during the final round of the LIV Chicago Golf Invitational Series at Rich Harvest Farms in Sugar Grove, Illinois.
(Brian Spurlock/Icon Sportswire via Getty Images)

LIV Golf has 13 of the top 50 players on its tour but the addition of Cameron Smith, who was ranked number 2 at the time, sent shockwaves through the golf community.

“LIV Golf is showing the world that our truly global league is attracting the best players in the world and will grow the game well into the future for the next generation,” LIV Golf CEO and Commissioner Greg Norman said in a statement. at that moment. “The best and the brightest continue to embrace the excitement and energy of LIV Golf and what we are building: a tangible league for team golf that will connect with new audiences around the world.”

The Masters since 1999 has invited the top 50 at the end of the year, while the US Open and British Open also use world ranking as a key qualifying criteria. The PGA Championship has a history of inviting the top 100, although it is included in “special invitations”.

“How is it possible that such a system excludes players who compete at such high levels against some of the strongest fields of the year for big prizes in such high-profile events?” the letter said.