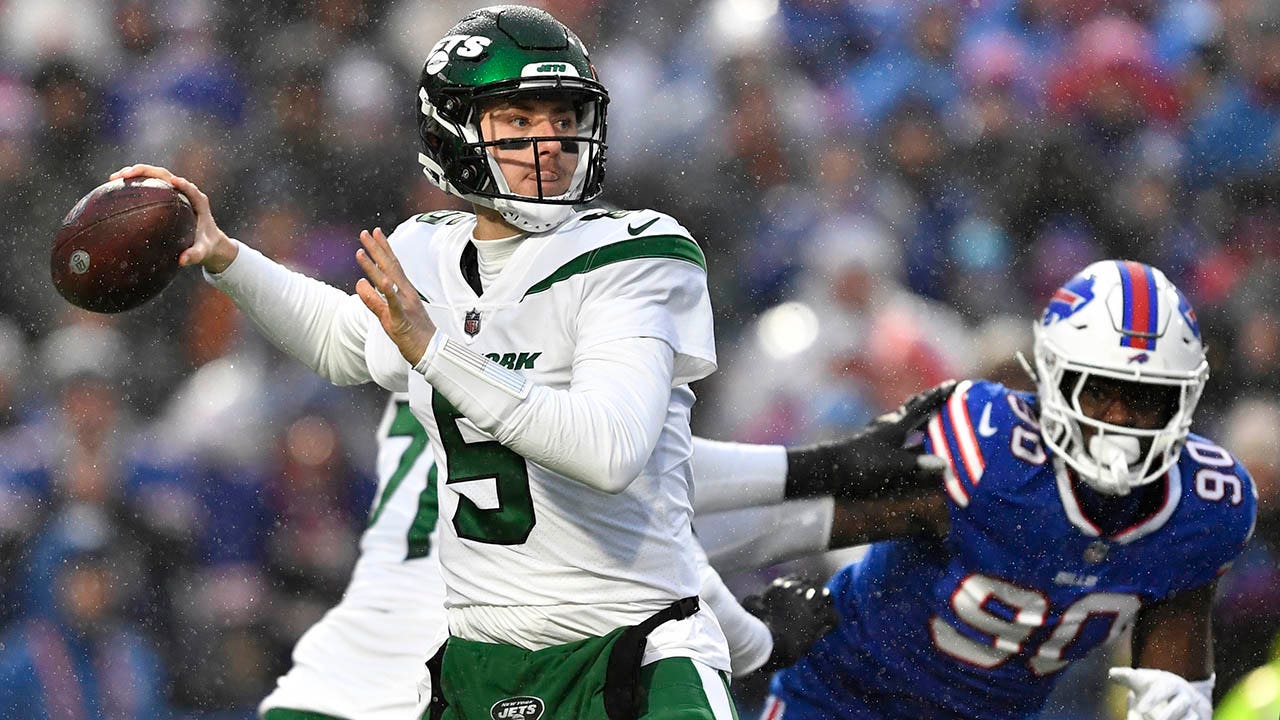 the new york jets lost a tough divisional game against the Buffalo Bills on Sunday, but despite the loss, quarterback Mike White received resounding praise from the entire locker room for his gritty play in the 20-12 loss.

White took several hard, sidelined hits twice during the game before ending the fourth quarter and taking an ambulance to an area hospital for evaluation.

Mike White, #5 of the New York Jets, is hit during the first half against the Buffalo Bills at Highmark Stadium on December 11, 2022 in Orchard Park, New York.
(Timothy T. Ludwig/Getty Images)

“A lot of credit to Mike White. He’s a damn soldier,” running back Michael Carter said in the locker room after the game. “It’s amazing to play with him… this is not a discredit to Zack (Wilson) or Joe (Flacco), but it’s great to play with Mike.”

White stepped into the starting role following backlash Wilson received for not stepping up and taking responsibility for the team’s loss against the New England Patriots when he made just nine completions for 77 yards and was sacked four times.

Head coach Robert Saleh said at the time that Wilson would return, later adding that barring serious problems, White would start next week against the Detroit Lions – a decision that his teammate would apparently agree with.

“He’s got a lot of heart, and he’s going to put himself on the line for his guys and I would do the same for him,” star rookie wide receiver Garrett Wilson told reporters in the locker room.

“He took some shots. I know he was hurt, but he didn’t want to be out of the game. He wanted to finish — big heart, tough,” offensive tackle Duane Brown added. “He’s a dog, that’s the bottom line, but we have to do a better job of protecting him.”

White finished 27 of 44 passing for 268 yards and no turnovers, but with his gritty performance he made a strong case for starting quarterback.