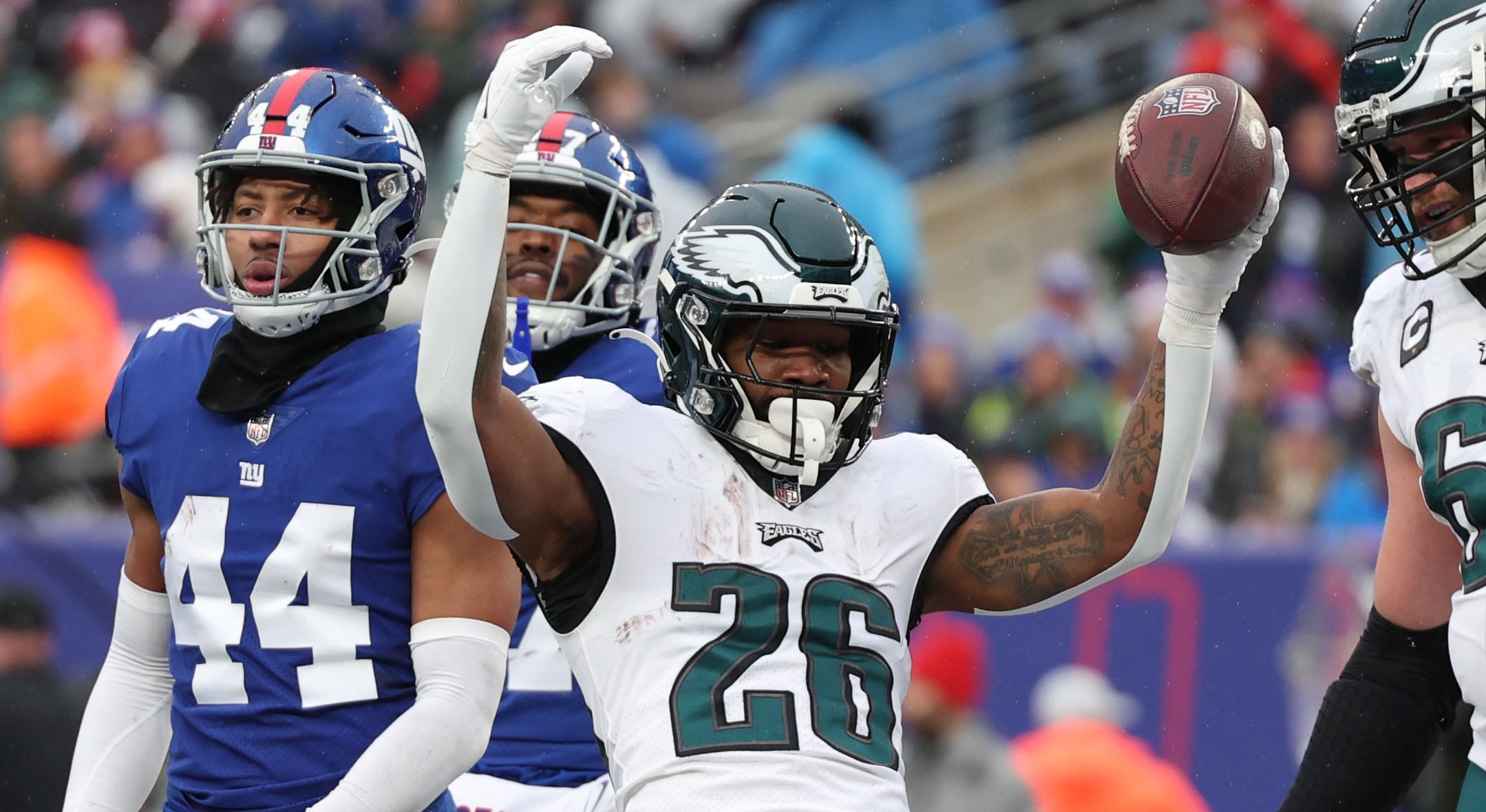 Philadelphia Eagles running back Miles Sanders appeared on the microphone against the New York Giants on Sunday, saying how he wanted to channel his inner Bobby Boucher against his division rival. Of course, Boucher is the fictional football player portrayed by Adam Sandler in his hit movie “Waterboy.”

Sanders did just that in the dominant 48-22 win over the Giants, and Sandler loved it.

“If you hear me yell like Bobby Boucher, know it’s me,” Sanders said before the game.

He found his opening on a blocking opportunity for quarterback Jalen Hurts on an engineered run, and Sanders whooped like Boucher, channeling his “tackling fuel” as he blocked Giants defensive end Azeez Ojulari.

Sanders was in high spirits after the hit.

“Got you boy!” he yelled he on the grass of MetLife Stadium.

Sandler found out about the video on Twitter and appreciated the ode to one of his famous roles.

“Love you buddy,” Sandler responded to Sanders’ video of the Eagles.

Miles Sanders #26 of the Philadelphia Eagles runs with the ball during the first half of the game against the New York Giants at MetLife Stadium on December 11, 2022 in East Rutherford, New Jersey.
(Al Bello/Getty Images)

Boucher was a crushing linebacker for the legendary South Central Louisiana State University, but if he were a running back, he could have put up numbers like Sanders did against the Giants on Sunday.

On 17 carries, Sanders rushed for a season-high 144 yards with two touchdowns, while catching just one of his airborne targets for 11 yards.

That performance also moved Sanders over the 1,000-yard mark for the first time in his four-year career with Philadelphia, and he’ll be looking for many more in the coming weeks.

Miles Sanders #26 of the Philadelphia Eagles celebrates after a touchdown during the first quarter of a game against the New York Giants at MetLife Stadium on December 11, 2022 in East Rutherford, New Jersey.
(Al Bello/Getty Images)