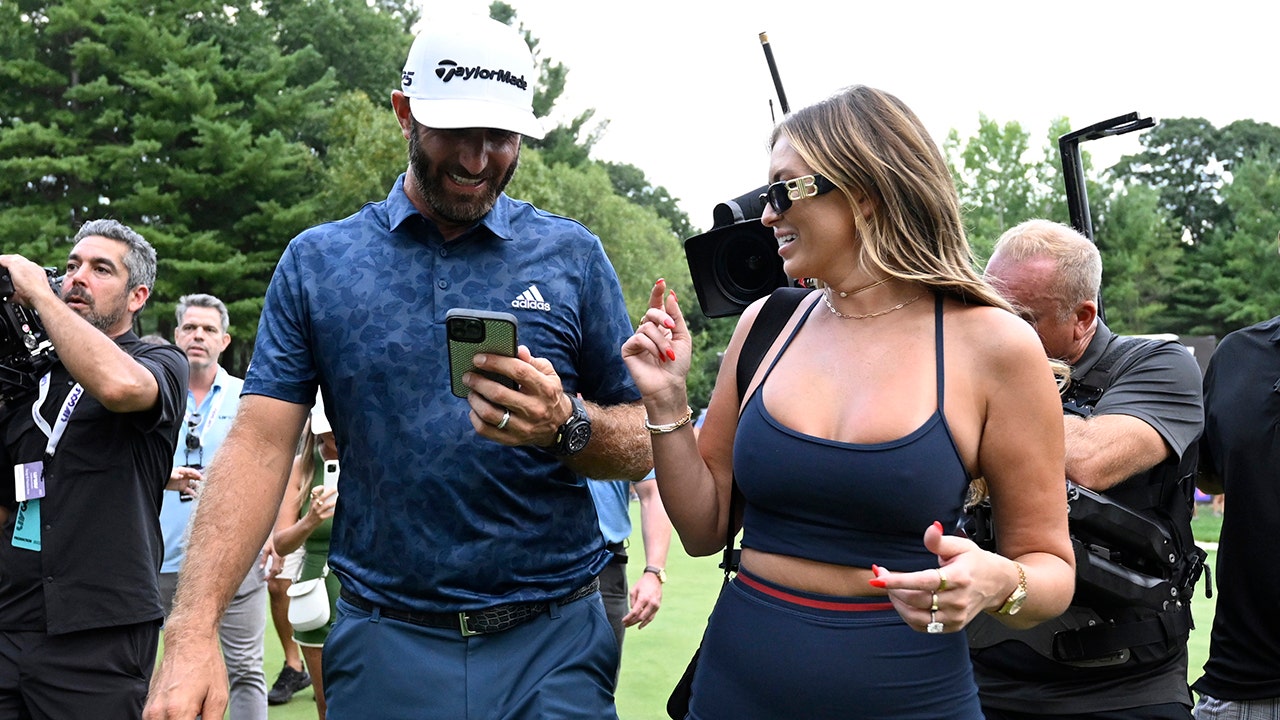 Johnson was asked an awkward question from a desert island regarding his wife paulina gretzky on Friday.

“If you were stranded on an island for the rest of your life, would you rather take your fishing rod or Paulina if you had a choice?” a person from a social media company, according to to Sports Illustrated.

Johnson smiled and laughed at the question.

“I can’t answer that question,” he said.

Gretzky, the daughter of NHL legend Wayne Gretzky, and Johnson married in April. The two had been dating for a while and she was there with Johnson rooting for him when he won the Masters in 2020.

4 Aces GC’s Dustin Johnson celebrates with his wife, Paulina Gretzky, after winning the LIV Golf Invitational – Boston in a playoff at The Oaks Golf Course at The International on September 4, 2022 in Bolton, Massachusetts.
(Charles Laberge/LIV Golf via Getty Images)

The two began dating in 2013 and share two children.

Johnson was one of the biggest names on the PGA Tour to jump to LIV Golf over the course of the year. He gave up his Tour membership. He said in February that he was committed to the Tour.

It was not clear what changed. Johnson was apparently lured off the Tour by an attractive offer. According to The Telegraph last week, Johnson signed a $125 million contract, although the length of the contract was not immediately known.

His second-place finish came after winning the Boston event earlier this month. The tour heads to Bangkok in October.