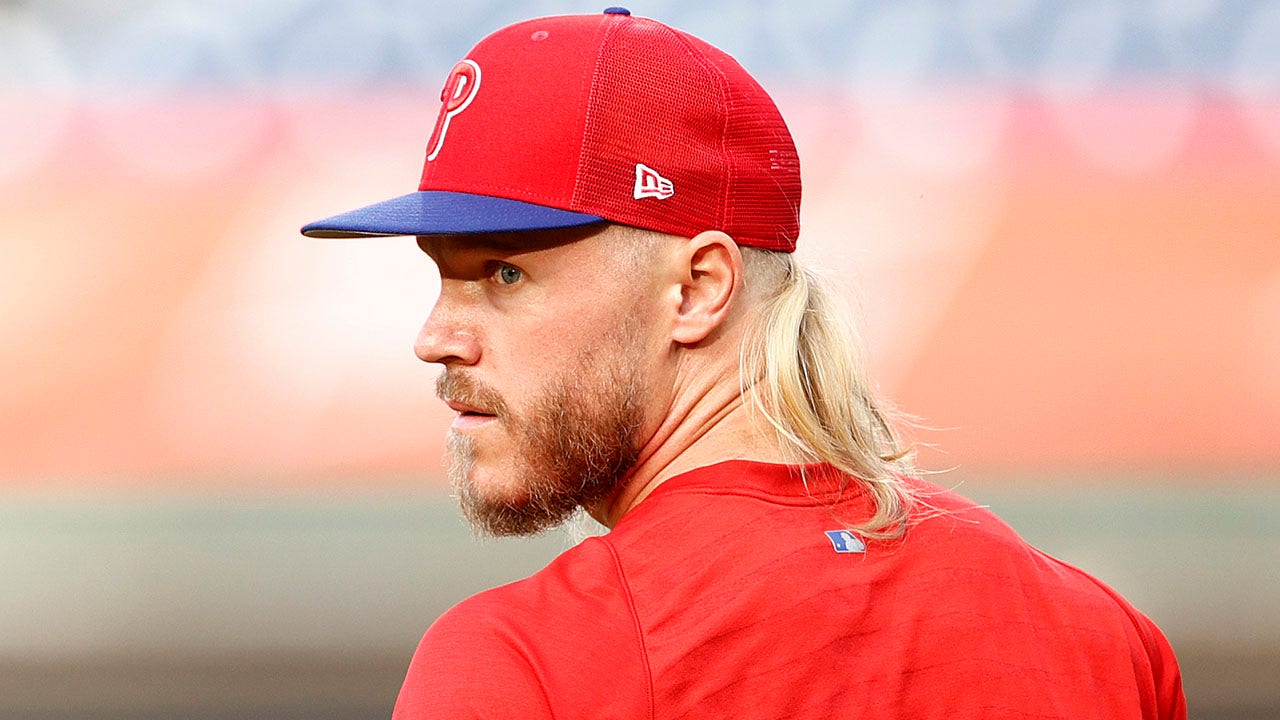 The Los Angeles Dodgers are adding veteran right-hander Noah Syndergaard to their starting rotation after he reportedly agreed to a one-year contract.

The New York Post has the deal at $13 million, plus up to $1.5 million in incentives. The report added that he had multi-year offers to go elsewhere, but Syndergaard preferred to join the National League West powerhouse.

Syndergaard, 30, has had a roller coaster career in recent years. At one point, he seemed to be among the best starters in the league with the New York Mets, throwing a triple-digit fastball to the plate with a mid-’90s slider. strikeout rate of 29.3%.

Noah Syndergaard of the Philadelphia Phillies warms up during batting practice before Game 1 of the World Series against the Houston Astros on October 28, 2022 in Houston.
(AP Photo/Eric Gay)

But medical issues delayed Syndergaard’s career path, including Tommy John surgery in March 2020. He was sidelined all season and setbacks delayed his return to the mound.

The Mets extended him a qualifying offer last offseason, but he went to the Los Angeles Angels instead. The Angels signed him to a surprisingly large one-year deal worth $21 million.

The Angels sent the right-hander to Philadelphia, where he was part of the National League-winning group that ultimately lost to the Houston Astros in the World Series.

Los Angeles Angels pitcher Noah Syndergaard throws in the first inning of a game against the Tampa Bay Rays on May 9, 2022 at Angel Stadium in Anaheim, California.
(John Cordes/Icon Sportswire via Getty Images)

Syndergaard posted a 4.12 ERA in 54.2 innings (nine starts) with the Phillies and made his first postseason starts since 2016, when he pitched seven scoreless innings for the Mets. New York lost that wild card game to the San Francisco Giants.

Syndergaard pitched in two games, with one start, in the division series against the Atlanta Braves and produced a 2.25 ERA in four innings. But he suffered a loss to the Astros in the World Series, giving up two earned runs on three hits (one home run) in three innings.

It will be interesting to see how the Dodgers utilize Syndergaard with their stacked rotation that includes Julio Urias, Clayton Kershaw returning to a one-year contract, surprising All-Star Tony Gonsolin and Dustin May. Walker Buehler is still recovering from Tommy John surgery, so Syndergaard should be able to work the late rotation to start.

Noah Syndergaard of the Philadelphia Phillies warms up before Game 4 of the 2022 World Series at Citizens Bank Park on November 2, 2022 in Philadelphia.
(Sarah Stier/Getty Images)

Given the Dodgers’ history of winning the NL West nine times in the past 10 seasons, it’s likely Syndergaard will see some postseason baseball if he stays with his new team in 2023.