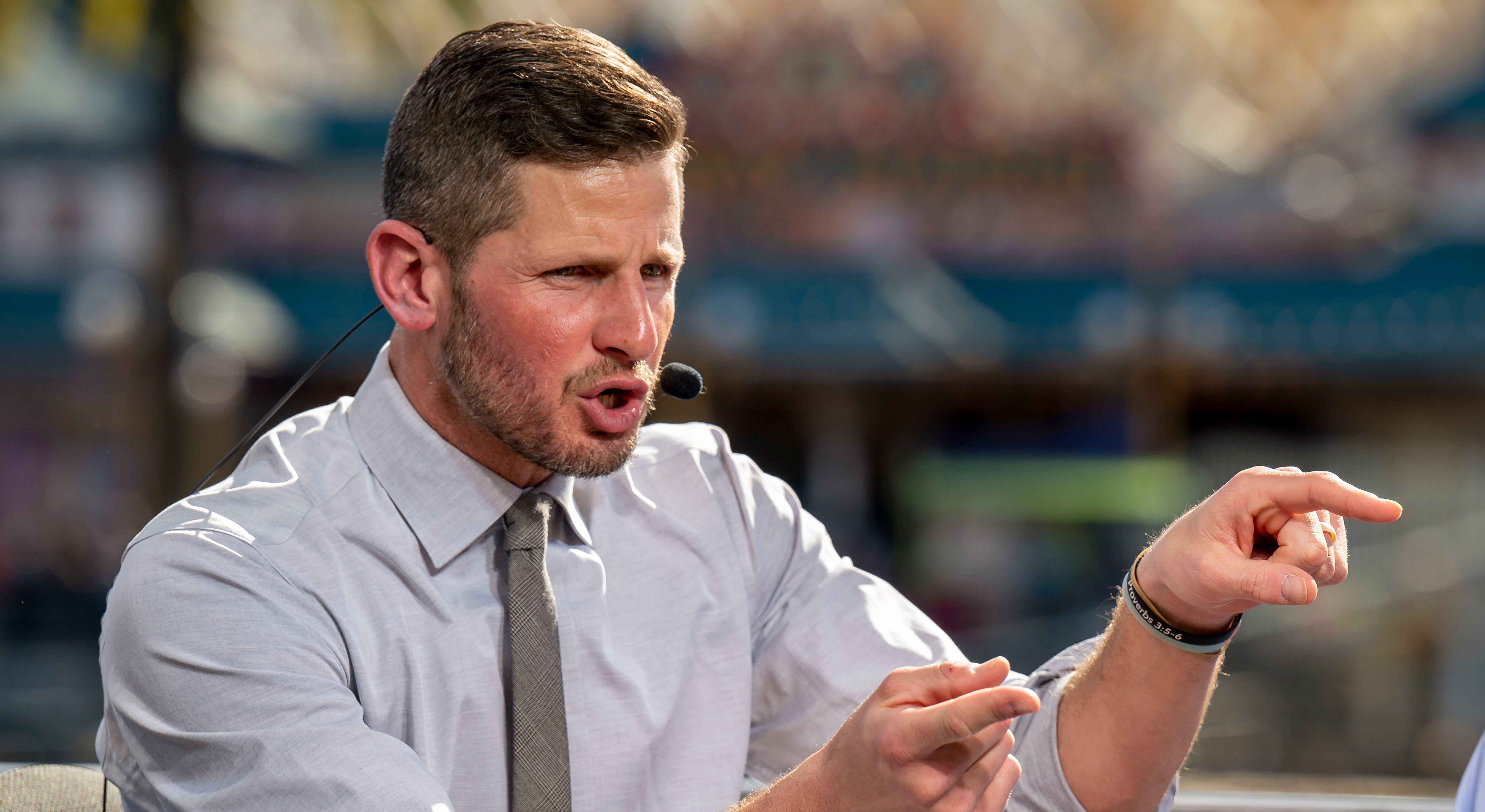 Dan Orlovsky had a solid first broadcast alongside Steve Levy and Louis Riddick for the Buffalo Bills-Tennessee Titans game on “Monday Night Football,” but many fans wanted some clarification on his opening statement during the pregame show when some were heard. peculiar sounds.

When he passed it to Orlovsky, it looked like he had given up a mid-sentence sneeze-fart combo during a break. But Orlovsky spoke again as if nothing had happened.

“It starts with a sneeze/fart combo and then continues with a perfect game. Talk about fighting through adversity,” Lang wrote. “It’s not how you start, it’s how you end. Well done @danorlovsky”

TITANS’ MIKE VRABEL DELIVERS STRONG EVALUATION AFTER BRUTAL LOSS IN BILLS: ‘WE GOT OUR A—- KICKED’

Orlovsky claims that he did not pass gas.

“Lol I wish I had but I didn’t” followed by another response saying “Lol I’m the most self critical human being in the world I would say so.”

Orlovsky later decided that he would have some fun with the situation, tweeting that a dipping sauce might have been the culprit. Or at least he wanted to have a little fun with what was happening on Twitter.

The record was set earlier Tuesday when he simply said “no farts” to a fan who asked him the truth.

BILLS’ DANE JACKSON IS RELEASED FROM HOSPITAL AFTER TERRIFIC COLLISION; PREVENTS ‘SEVERE INJURIES’ TO THE NECK AND SPINE

Orlovksy, who has been a bright and charismatic personality with ESPN ever since the network hired him for NFL analysis, handled the situation with grace and hilarity.

The Bills defeated the Titans when wide receiver Stefon Diggs caught three touchdowns from quarterback Josh Allen, who had 317 passing yards and didn’t even play the fourth quarter. The final score was 41-7 for the Bills’ second win of the year.