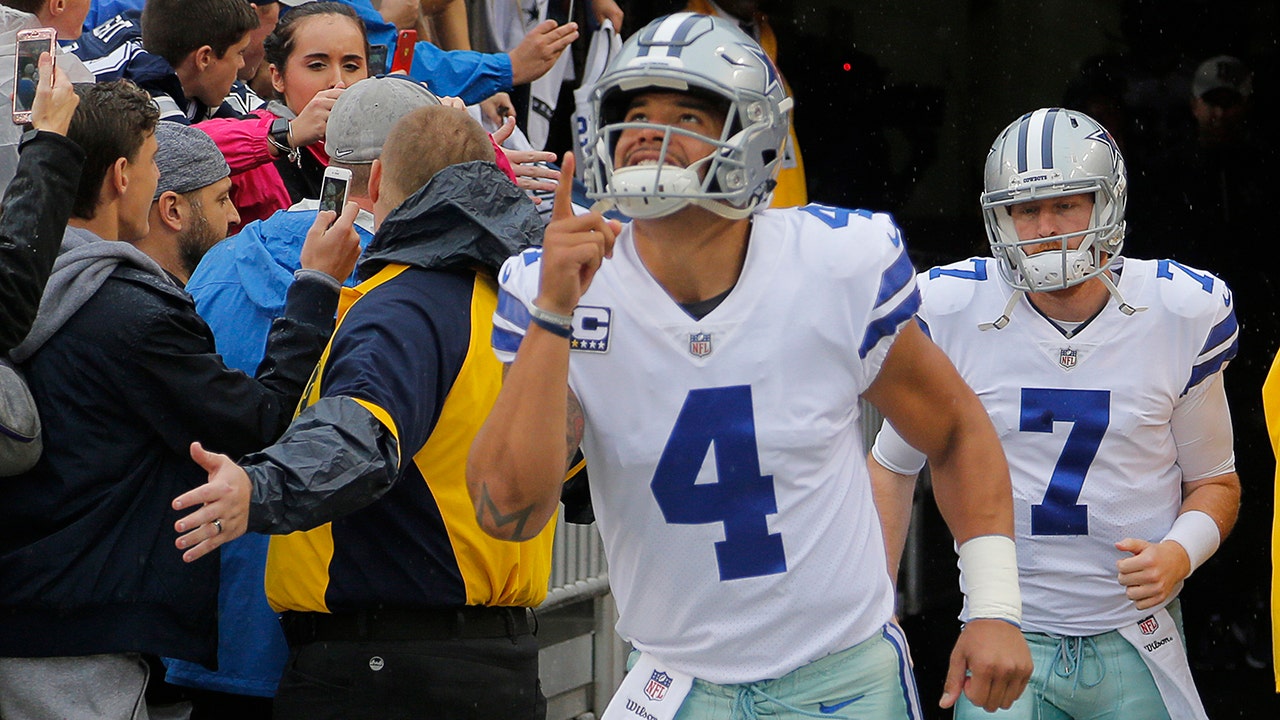 A Dallas Cowboys fan celebrated the team’s victory over the Cincinnati Bengals on Sunday with a horseback ride through a Walmart.

The man was wearing a Dak Prescott T-shirt and the horse’s mane and tail were dyed blue to make the celebration even more bombastic. Video on social media showed the man and his horse in the checkout lane.

Cowboys team owner Jerry Jones was asked about the incident in an interview with 105.3 The Fan in Dallas earlier this week and said he had actually been on a horse indoors before.

“I’ve literally been on a horse inside before and it’s kind of risky because if that horse slips and slides and kicks, it’s a mess,” he said.

Cooper Rush started for Prescott, who has been sidelined with a broken right thumb suffered in a Week 1 loss to the Tampa Bay Buccaneers.

Cooper Rush #10 of the Dallas Cowboys swings back to pass against the Cincinnati Bengals at AT&T Stadium on September 18, 2022 in Arlington, Texas.
(Cooper Neil/Getty Images)

Rush helped drive the Cowboys down the field to set up Brett Maher’s game-winning field goal. Maher nailed the shot from 50 yards and gave Rush his second victory as a starter, 20-17.

Rush went 19-for-31 with 235 passing yards and a touchdown pass to Noah Brown in the first quarter. Brown finished with five receptions for 91 yards. Ceedee Lamb added seven receptions for 75 yards.

Dallas Cowboys quarterback Dak Prescott (4) and quarterback Cooper Rush (7) head onto the field before the game as the Dallas Cowboys play the Washington Redskins on Sunday, Oct. 29, 2017, at FedEx Field. in Landover, Maryland.
(Rodger Mallison/Fort Worth Star-Telegram/Tribune News Service via Getty Images)

If Rush leads the Cowboys to a second win this season over the New York Giants on Monday night, the fan may have to get a new jersey.