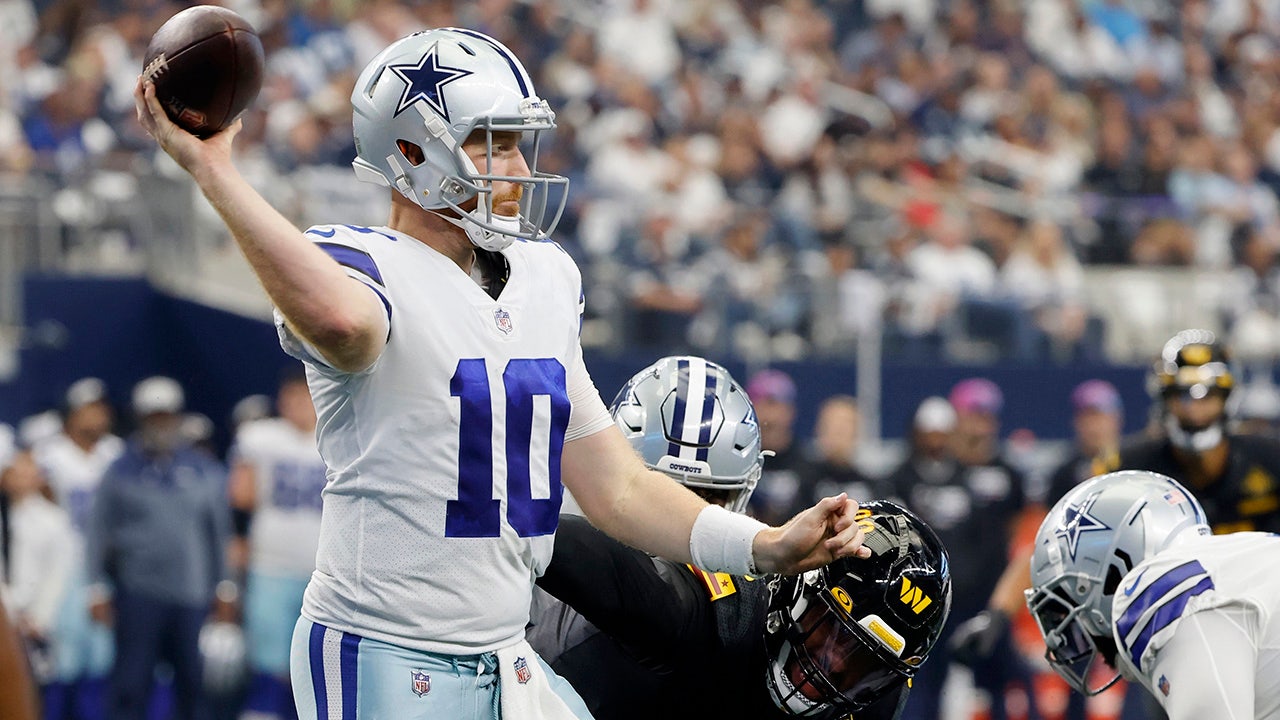 Cooper Rush exceeded expectations for the Dallas Cowboys when he was named the starting quarterback in place of the injured Dak Prescott.

He has led the Cowboys to three straight wins, including Sunday against the Washington Commanders. Not only is he helping the team to key wins at a critical time early in the season, but he’s playing efficiently enough to enter the NFL history books.

Dallas Cowboys quarterback Cooper Rush, left, and wide receiver CeeDee Lamb, #88, celebrate after Rush threw a touchdown pass to Lamb in the second half of an American football game. NFL vs. the Washington Commanders in Arlington, Texas on Sunday, October 2, 2019. 2022.
(AP Photo/Ron Jenkins)

With the win over Washington, the former Central Michigan standout became the first NFL quarterback to win each of his first four career starts and post a passer rating of 90 or higher in each of those starts. victories.

Rush went 15-for-27 with 223 passing yards and two touchdown passes. He hasn’t thrown an interception in any of the games he’s appeared in this season thus far.

Dallas Cowboys quarterback Cooper Rush warms up before the first half of an NFL football game against the Washington Commanders in Arlington, Texas, on Sunday, Oct. 2, 2022.
(AP Photo/Ron Jenkins)

“I think I would say defense and all the breaks you catch, it’s a little bit of luck,” Rush said after the game. “QB stats win, they are what they are. It’s a team game, and it’s nice to have the defense behind us like that.”

Rush made history last week after leading the Cowboys in a game-winning series against the New York Giants. He is the only quarterback since the 1970 NFL-AFL merger to lead winning drives in the fourth quarter or overtime of his first three career starts.

Sunday’s victory meant that Rush is the first Cowboys quarterback to win the first four starts of his career. Dallas improved to 3-1 and Washington fell to 1-3.